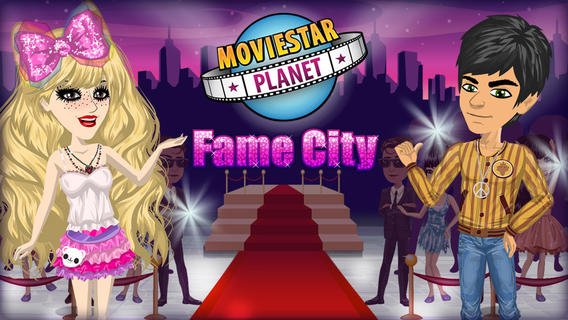 There is a new game out there that challenges us to become virtual superstars and that game is Fame City. It’s a really solid title that proves that even on iPhone and iPad, becoming a celebrity requires some hard work (including the extra hours at Famous Burgers) and we are here to help you make the transition from a wannabe to a mega star easier by sharing with you some Fame City cheats: a set of tips and tricks that will, hopefully, take you as far as possible in the game.

Dedication is the most important thing that you need to have in the game, but there are some other minor things to consider, so check out our Fame City cheats and tips below:

Follow the missions
The easiest way to go through the game easily while also getting the hang of all things is by following the missions the game has for you. Usually, after completing a mission you will have to go back in the street to receive one – if none appears, simply move around the city until you get a mission. One will come, eventually!

No need to waste energy on jobs
I know that you’d love to complete the jobs without the waiting while spending all your energy on them, but you will probably not have enough to do so. So don’t try to waste the energy on small jobs – instead wait for the timer to pass, you will still get the reward for completing the job and hopefully some extra energy too, and you can spend that on starting other jobs or improving your superstar life.

Purchase Extras
They are not really promoted by the game, but there are some really useful one time purchases in Fame City that will make your life easier: the x2 booster which doubles the speed at which energy refills and the even more valuable Endurance Pack, which expands your maximum energy count by 10. These two are extremely useful, and each costs just 99 cents. So if you are to spend money in the game, make sure you spend it on these items.

You can still roam around the city during jobs
You don’t have to physically be in the place where your job is running. You can go anywhere during the time and do whatever you do, but you can’t start a new job.

Pay attention to the lines you have to say
Whenever there’s a new role for you, you will have to remember some easy lines in order to get the most out of the job. Make sure that you read them and even write them down to make sure that you get them right. Usually, the wrong lines will be pretty obvious, but better be safe than sorry!

Don’t overspend lips (aura)
Aura (the symbol of lips) is the premium currency in the game and it’s pretty difficult to get it – usually just by leveling up and completing gigs. You can use it to get friends when required by the game, and otherwise stick to it and only spend it when it’s really needed.

Be active
In Fame City, you will have to log in often and put that energy to good use, completing jobs and becoming the superstar you want. So keep on playing to reach the locked destinations like the Cupcake Street or Moviestar Hills Street!

And these would be, for now, our tips and tricks for Fame City. Do you have other suggestions for fellow players? Let us know by commenting below!