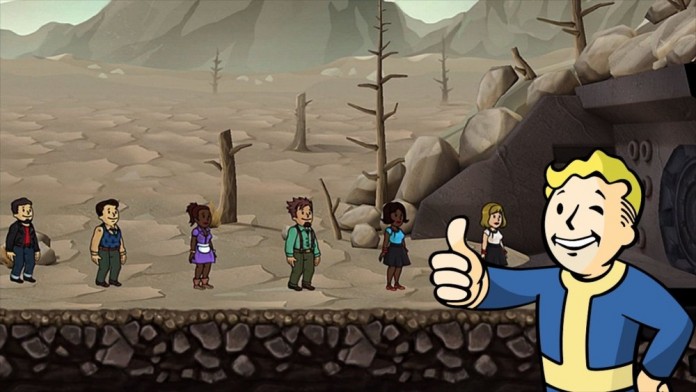 It’s been a long time since we last talked about Fallout Shelter, but this doesn’t mean that I haven’t been playing the game daily since then and learning new stuff about it. One detail that I wasn’t paying a lot of attention to proved to be actually extremely important, and I am here to share it with you so that you won’t do the same mistakes that I did: how to properly explore the Wasteland in Fallout Shelter to maximize the loot gained (items and bottlecaps).

At first, when population was low in the Vault, I would just send whoever was free, equipped them with whatever armor and weapon I had left and sending them to die after a few hours. As the population grew and I started to learn more, I understood that exploring the Wastelands in Fallout Shelter is the best, easiest and fastest way to fully equip your survivors with great equipment and make a lot of money fast.

But still… I wasn’t getting solid loot because my survivors used to die after just a few hours and the game itself says that the longer they time they spend exploring, the better the loot. So how to maximize loot in Fallout Shelter?

I tried everything possible: equipping them with 25 Radaways and 25 Stimpacks helped a little bit, but they rarely managed to survive over 18 hours (which was better than what I was getting, but still not amazing). I then started to send very high level dudes and dudettes out there, I paid attention to the skills they had, but still there was no real difference.

Until today, when I checked out my exploring survivors and realized what the secret really is. Here are the two people I had exploring:

Survivor #1 who died, as usual, after about 19 hours AND 25 Stimpacks and 9 Radaways: 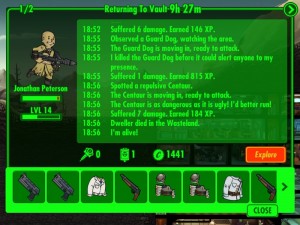 Survivor #2 who was still exploring after 20 hours, with just 10 Stimpacks used and 6 Radaways: 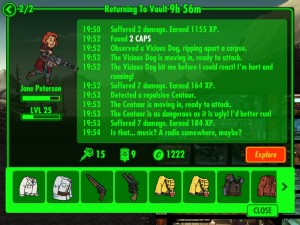 Which was the main difference? It was the WEAPON! The survivor with the way better weapon (Jane) was doing a lot better than the other survivor who, even though of a lower level, had better equipment (and their stats were similar). However, the guy – who died after 19 hours was sporting a Rusty Flamer that does 15 damage, while the girl has a way better Lead Belcher that does 19-24 damage.

And that is the secret to get the most out of the Fallout Shelter wastelands: equip your explorers with the best possible weapon. Max out the Stimpacks and Radaways and send them to explore. It’s not unusual for the Equipped with a Lead Belcher to spend over 36 hours out in the wastes and to return with some really nice equipment bits, including a similarly nice chunk of Bottlecaps.

Now that you know how to do ti, properly equip your survivors and send them out there to bring you the real loot! 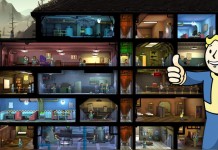 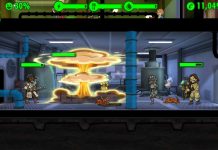 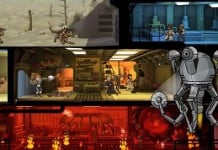