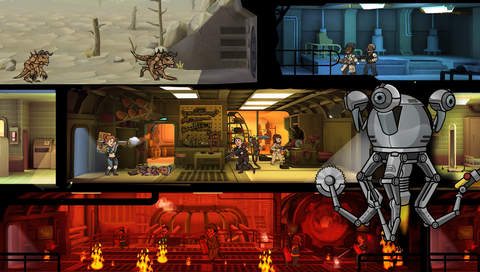 Fallout Shelter, the Fallout series spin-off game released a few months ago on the App Store in all regions, hasn’t received a new update in quite some time but it looks like more content for the game will be coming in the next few days.

The official Fallout Twitter profile has confirmed that Fallout Shelter will be getting a new Thanksgiving update later this week, adding plenty of new content such as decorations and more. Full details of the update have yet to be revealed but we will surely learn more about the matter in the next few days.

The previous Fallout Shelter update has been released back in August. The update added plenty of new features such as the Mister Handy Robot, Mole Rats and Deathclaws that can attack the shelter, enhanced Raiders that can also steal Caps as well as resources and more. The update also introduced a variety of tweaks and fixes which improved some of the existing features and game’s performance.

Fallout Shelter is now available for download on the App Store. We will let you know more about the next update as soon as possible so stay tuned for all the latest news.