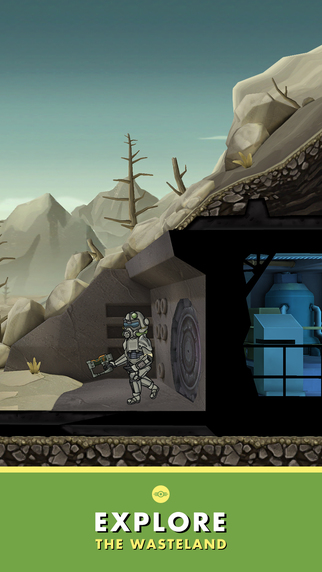 The E3 2015 has yet to begin officially but some nice things have already been revealed a few hours ago thanks to the Bethesda pre-E3 2015 media event. The company behind many excellent role playing games such as the latest main entry of the Fallout series has revealed a new mobile spin-off of the series. Which, in a surprising turn of events, is already available for download on the App Store in all regions.

The new game is called Fallout Shelter and it allows players to build their own vault and create all those wacky weapons that players have seen in Fallout 3. The game looks incredibly interesting and very well done.

The fact that Fallout Shelter looks so interesting is not surprising at all. Todd Howard from Bethesda confirmed that the team wanted to develop an iPhone game since its original release and they have finally made a game that they actually like to play and not a mere cash grab with the Fallout name. Considering the team’s next release is Fallout 4, Fallout Shelter will pretty much work as advertisement for the new game and what better way to promote it by offering a cool and fun mobile spin-off?

Fallout Shelter is now available for download on the App Store in all regions. The game looks really interesting and fun so make sure to check it out if you’re a fan of the series who really cannot wait for the release of Fallout 4.