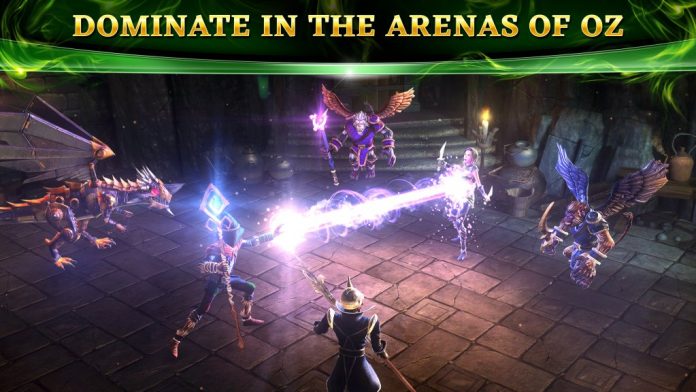 It’s time to join the legendary Tin Man, Lion, and Scarecrow in a re-imagined world of Oz, as Nexon and This Game Studio launch Oz: Broken Kingdom on the App Store. Apart from the familiar faces shown in a different light (or darkness?), there’s also a brand new character to become familiar with: Ophelia Shen.

Oz: Broken Kingdom is a very good looking RPG with deep turn based elements, character customization and evolution as well as and an array of hero-specific epic abilities. Players collect and upgrade more than 100 unique abilities as they guide their legendary heroes through seven regions of Oz, including the now dangerous Munchkin countryside, perilous halls of Glinda’s Castle, and the many shadowy lands beyond. Hordes of fiendish foes, nightmarish minions and beastly bosses will attempt to stop the four heroes on their quest to cast back the darkness and solve the thrilling mysteries of a corrupted Oz.

It not only sounds really good, but it also looks and feels great, as you can see for yourself in the launch trailer below:

The game features a complex single player mode, as well as an Arena mode where PvP battles are possible. There’s also a guild system in the game, companions to collect and much, much more. The game also takes advantage of some of the new cool features of the iPhone 7, like haptic feedback.

Oz: Broken Kingdom releases today on the App Store and is free to play. You have to at least give it a try!