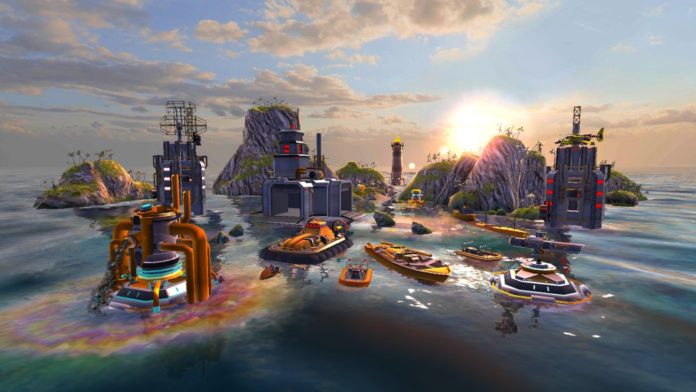 Naval Storm TD is here to make you rethink everything you thought you knew about tower defense games. This new title from GameSpire is truly the first of its kind — a naval tower defense strategy game that allows you to map out your own tactics amidst some truly spectacular graphics.

Naval Storm TD sets you on a war torn island, leaving you to defend it from waves of enemy charges. You’ll have to plan ahead, as your opponents are coming at you with an array of different units — submarines, helicopters, cruisers, and many more.

Fear not, though. Naval Storm TD allows you to plan ahead with its groundbreaking free construction mode, which grants you the freedom to place your defenses on the map ahead of battle whichever way you please. Each of your units, too, can be upgraded, giving you the liberty to shape your own ships and weapons according to your preferred battle tactics. Supplement your defenses with an exciting arsenal of weapons including, but certainly not limited to, underwater mines, machine guns, and torpedoes. 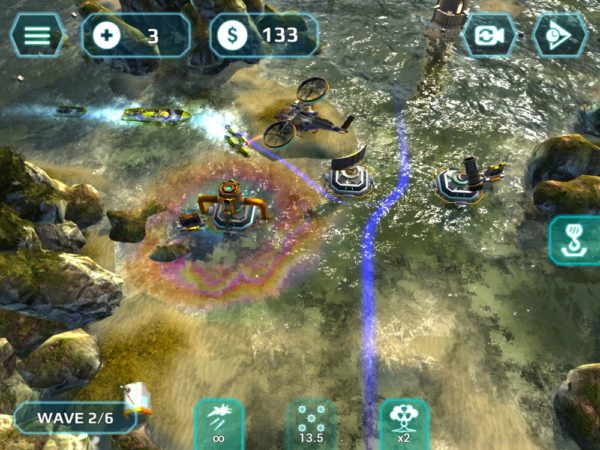 Once you’ve prepared, you’ll be heading into battle within 32 high action levels rendered in beautiful 3D environments. Throughout the course of the game, you’ll be travelling to massive canyons, flooded mountain peaks, and more.

The fun starts now. Naval Storm TD is free-to-play right now on Android, and will soon be making waves on the App Store with its iOS release set to come!