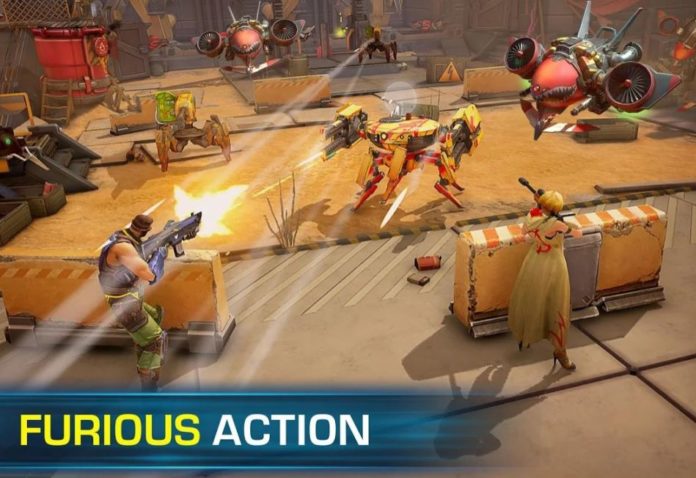 In today’s article we are going to share with you all of our Evolution 2: Battle for Utopia tips and cheats to help you become the strongest killing machine and take down all the enemies, no matter their health or strength.

In the article we are going to tell you everything you need to know in order to make all the right upgrades and become more powerful, because after all, the point of this game is to take on everything – humans and monsters alike and defeat them in order to clear all the incoming threats.

So if you are ready to learn all about the game, then let’s dive right into our Evolution 2: Battle for Utopia tips and tricks right here below!

In the game you can easily follow the trajectory of the bullets, shots and other attacks by simply watching their trail. You can also see, when you are fighting the bosses and other powerful enemies, the red area which marks their attacks. 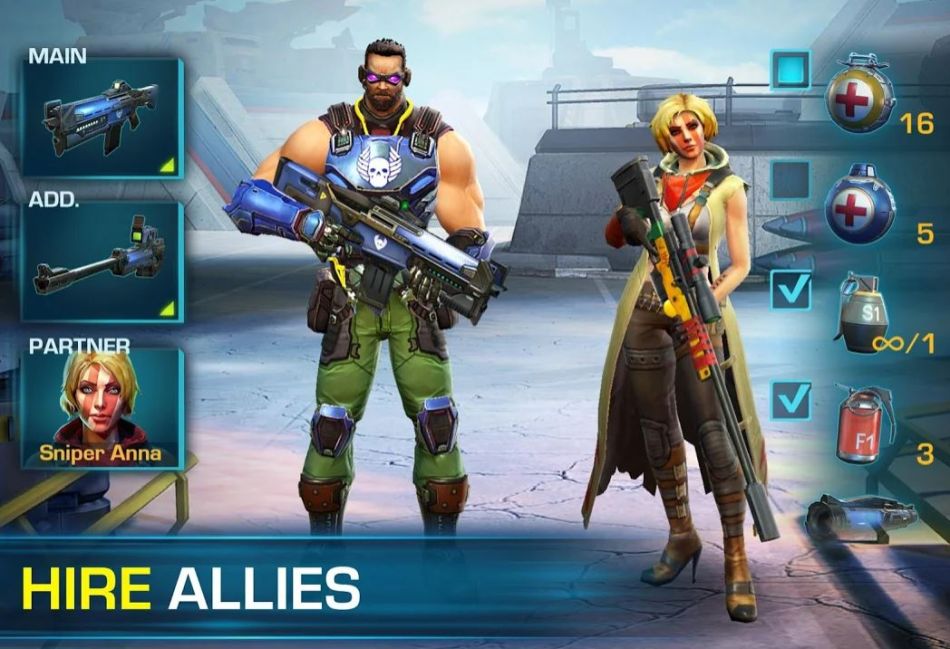 It’s not really a good idea to stay in one spot because that makes things much easier for them, and whenever they shoot at you they won’t miss. It’s best if you keep moving around left and right because like that you can avoid the majority of the shots very easily.

When you move constantly the enemies will not be able to keep attacking because they basically aim at you in one spot, and if you move by the time the bullet reaches that spot, you’re safe.

This is why moving is such an important thing in game, because otherwise you can’t really survive for too long no matter how many health packs you make.

In relation to the previous point mentioned, I have to say that these are some of the most powerful attacks that you should dodge at all costs. Some boss monsters will charge at you and deal tons of damage in areas marked with red (I like to call those “red carpets”) and others will simply send explosives which take a couple of seconds to charge up and deal damage in a radius around them.

Either way, you should avoid them at all costs and when you see bosses aiming at you, try to lure them to the sides instead of being in the middle, because that way you can avoid them easier.

Oh and one other thing – there are grenades! Some of the human enemies will throw grenades and other high damage dealing stuff at you which won’t really have a red mark where they land. You can just see the tracks of them after they are thrown, so try to be as far away from them as possible. 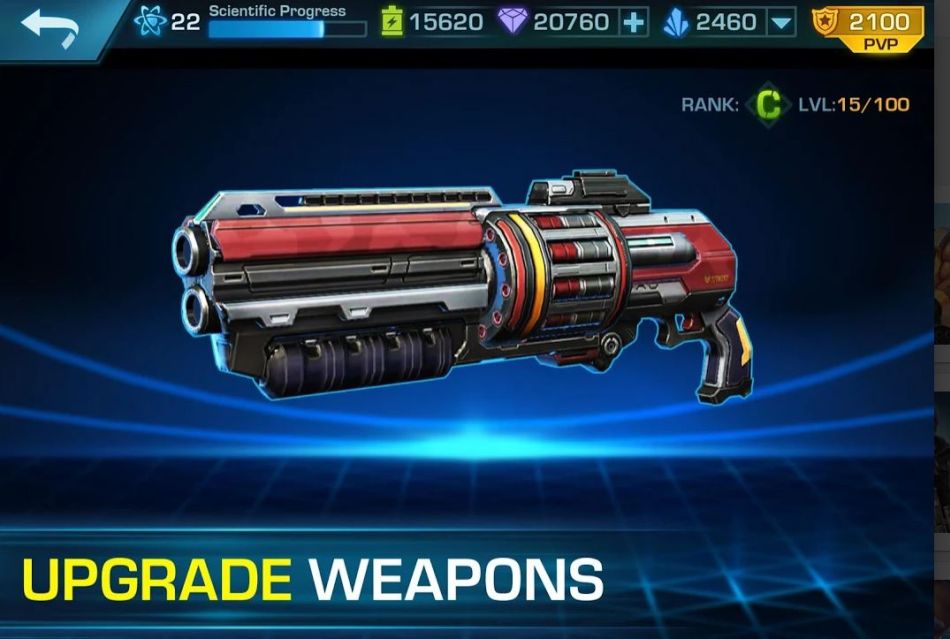 Battle as much as you can before you make any upgrades

This is something that I learned the hard way, to say so. One tip that I have for you regarding the battles, is that you should battle as much as you possibly can and complete as many missions as possible before you will start crafting.

I suggest this because you are going to need resources in order to craft some items, and if you spend them all on upgrades and other stuff that you can focus on later, you might not have made the best decision.

In my opinion you should focus first on completing quite a few missions and gathering over 1000 Biofuel and Steel. You will need these to make your very first Ajax Armor which is better than the one you’re starting with.

When you see Advert Boxes, open them!

These boxes can be found after you complete a mission and they will appear as having a small play button below them. When you tap on them you will be given an ad to watch and once you finished you will receive a random reward, which will be pretty useful!

Definitely do this for every Advert Box that you receive even if you are not a big fan of watching them, because the rewards can be Gems which are super useful if you want to later purchase some powerful weapons. 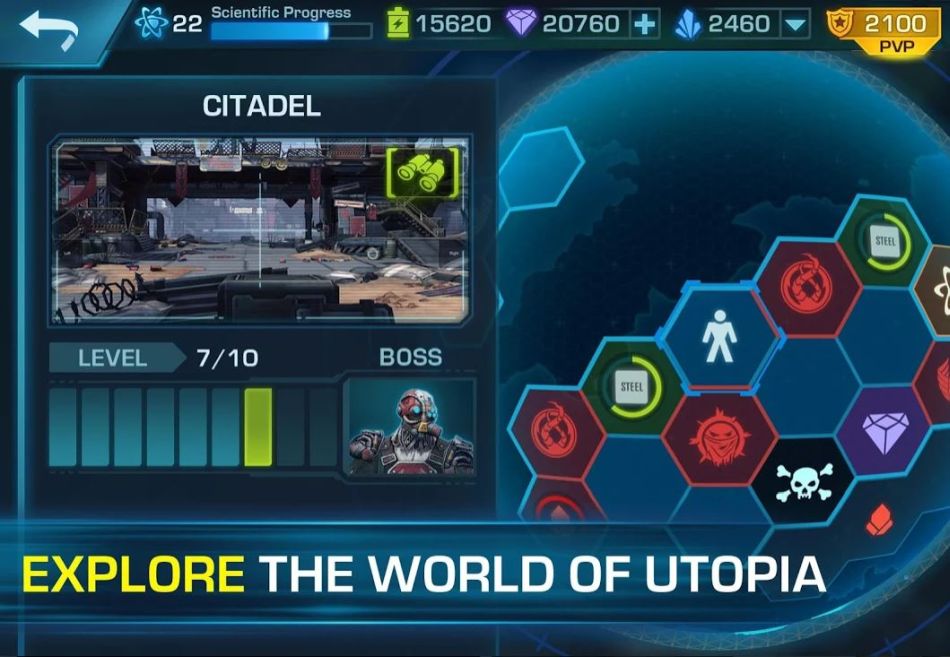 Check the HQ for updates

In the HQ tab you will find sometimes in the left side, under the “Database” option some medals that you receive as rewards for completing missions. Check these often because the medals can be used as a currency to get Dragon Boxes (which are awesome) and other stuff you might need, such as Steel, Magmatite, Blueprints and so on.

I suggest buying the Dragon Box because they cost 60 Medals and you get a chance to obtain pieces for amazing weapons, and even completed weapons (but that is a super low chance).

Save 100 Gems and get exclusives guaranteed

Remember when I mentioned above that you should watch all the Advert Boxes to get Gems and other goodies? Well, you can get Gems from defeating bosses in missions and by buying them from the Co-Op Store as well (check below to learn how to get more Gems)!

In my opinion it is ideal that you save 100 Gems to buy one of the boxes which give you your favorite weapon or armor, by heading on to the Hangar and tapping on the box below Storage Upgrade. 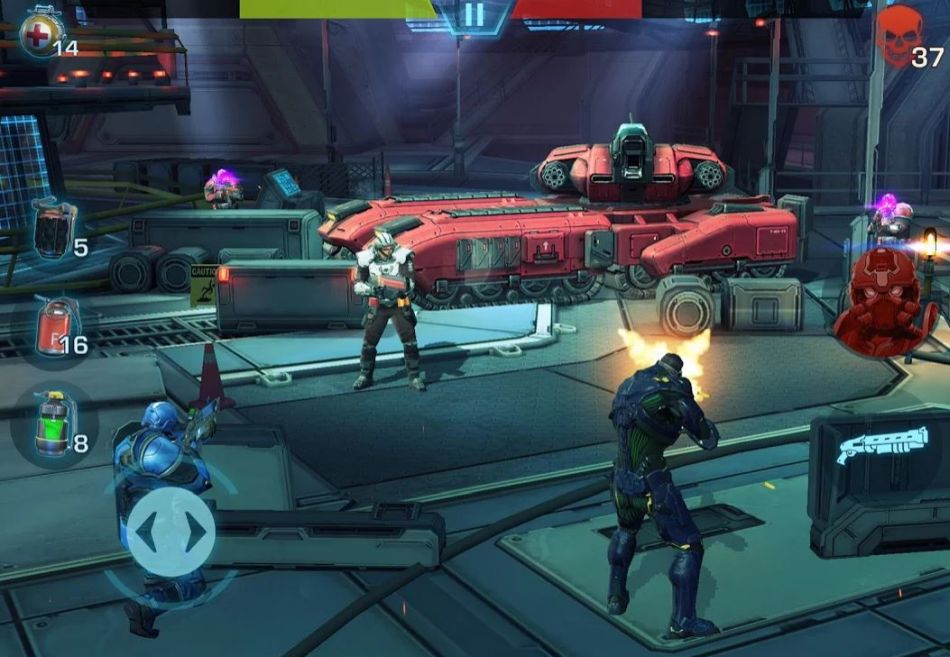 There you will see Special Ops Box and Dragon Box, which give various powerful equipment! I suggest that you buy the 10 boxes with 100 Gems (1 box costs 10 Gems) because in the 10 boxes you will receive guaranteed one of the Exclusive items in there.

How to get Gems for free?

You can obtain Gems for free in several ways, so I will walk you through all of them:

– You get Gems from defeating bosses in missions

– You get Gems by opening Advert Boxes

Save all the Gems you can and don’t use them to speed up the process when you make upgrades because it’s going to be well worth it to rather invest into boxes than speeding up stuff which you otherwise get for free by just waiting.

When you tap on the map in the Center, you will see your PvE missions and also some yellow shields which are basically other enemy players. Since this game has also a ranked option, you can rank up here by defeating other players! 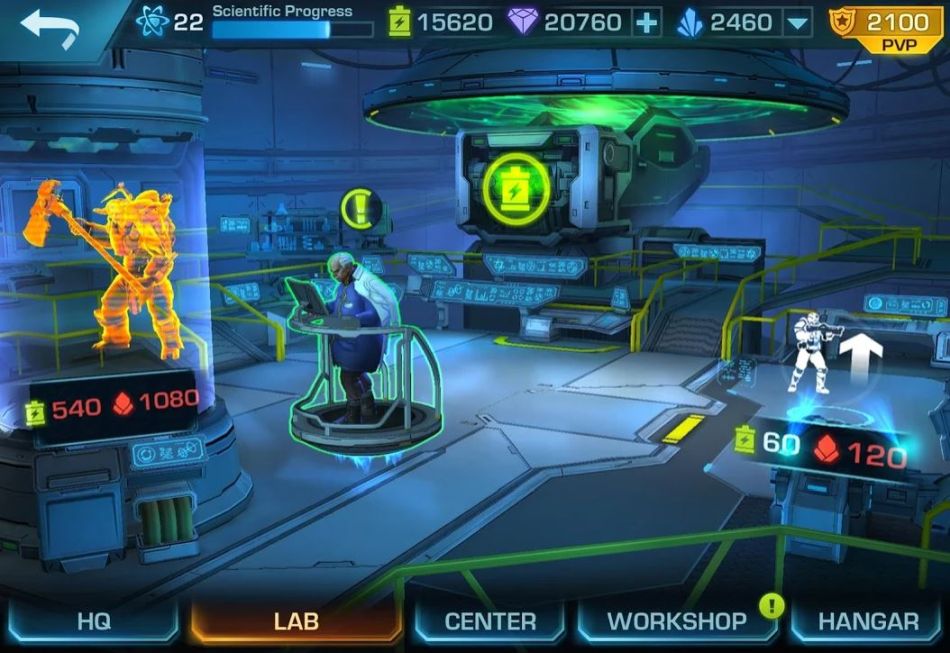 Prepare a few medical kits to restore your HP, grab your best Sniper weapon and start ranking up! I suggest to always have a Sniper for those healers and get ready to rock’n’roll (early on it’s not that difficult, but as you rank up it’s going to get tougher)!

Aim for the head!

When you are fighting humans, always try to use your shotgun to aim for the heads. This will kill them instantly, so it’s much better to do so rather than using only the machine gun and wait for them to die shot after shot.

Always upgrade your best and most used weapons

You should head on to the Workshop tab and always check out your weapons. When you have collected all the necessary items and EXP to upgrade them, make all the upgrades possible, because you will see a huge difference on the battlefield.

These would be all of our Evolution 2: Battle for Utopia tips and tricks that we have for you right now! Do you know some other cool game tips and want to share them with us? Then leave them in the comments section down below!