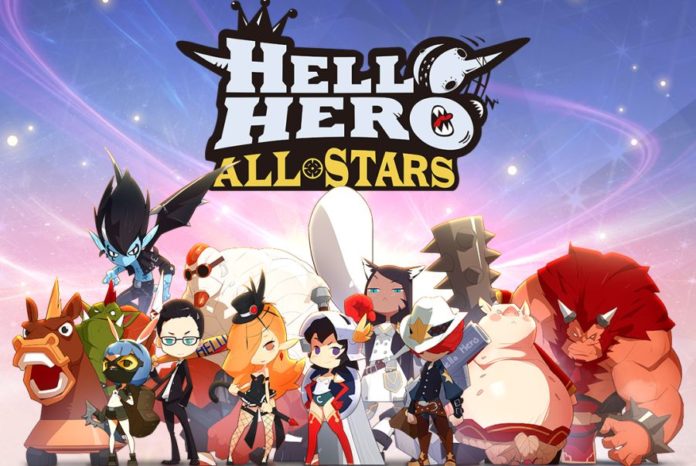 Hello Hero All Stars, the latest from the minds behind Hello Hero and Hello Hero Epic Battle, is a management style idle game where you’ll carefully combine heroes, create unique equipment, and work with other players to complete missions and grow your party in strength and numbers.

It’s a real looker, offering up high-quality 3D character and environmental designs. It’s going for a colourful cartoon style that allows for some really out-there heroes and worlds. While the game aims to be as user-friendly and accessible as possible, it’s super handy to know the following info before delving in.

Collecting and training your heroes

Hello Hero All Stars brings together hundreds of collectable and quirky heroes from all over the Hello Hero world, including the original Hello Hero and Hello Hero Epic Battle. The game makes use of a drawing system for recruiting, though you won’t need to worry about getting heroes that aren’t going to be useful.

Every single hero can be trained and upgraded to the point where they can take on the game’s toughest enemies. So with such a diverse pool of heroes to choose from, you’ll always be able to remain flexible in your approach to combat.

And holding onto your ideal party is also made so much easier using this system. In Hello Hero All Stars, it really doesn’t matter whether your latest draws are initially low-level – you can gradually train them up to the highest grade and quality.

Getting started in Adventure mode and Mission mode

The basic gameplay of Adventure mode sees your heroes travelling down a fixed route and taking on enemies as they go. The challenge will increase the further along you get, with enemies growing gradually meaner and tougher. Likewise, the rewards up for grabs – including recruitable heroes – will also continue to improve.

Defeating pesky goblins in Adventure mode will unlock missions for you to take on in Mission mode. Here, you’ll be able to earn honour points that can be used to boost your honour level and rating.

A high honour level means more EXP and gold per second, so it’s absolutely worth working to raise your honour level asap. And honour points can be amassed even when you’re offline, meaning you’ll always have rewards waiting for you when you log back in.

Moving on to Expedition mode, Research mode, and Conquest mode

Expedition missions will become available as you continue to progress, and they’re tied to your current level. Heroes sent out on expeditions will return with various loot after a specific period of time. You can increase the gear acquisition rate by combining the hero’s combat power and attributes through the coordinate system.

And if you just can’t wait to see what sort of goodies your hero has found, you can speed up the process by using diamonds. You’ll be able to run up to 5 expeditions per day, though more expeditions can be undertaken once you’ve saved up enough diamonds.

Research mode is the best way to acquire souls and Conquest keys. These two essential items can be used to raise a hero’s rating. In each Research mode map, you’ll find 13 well-hidden soul chests. You can bring along up to 10 heroes on any of these missions, and extra souls can be earned through achieving impressive combos. Research mode can be played 4 times a day before you’ll need to spend any diamonds.

Conquest mode sees up to 10 players entering a dungeon quest by spending their Conquest keys found in Research mode. It’s a cooperative mode where, using the coordinate system, you’ll think tactically to boost your party’s attack power and take on even the toughest of dungeon-dwelling fiends.

Taking on the Galaxy Boss

Galaxy Boss is the game’s most challenging competitive mode where your rank is determined by the damage output of your heroes compared to your rival players. The bosses you’ll take on will change over time, and each boss will require various heroes with specific attributes in order to be taken down.

You’ll be able to do more damage by making use of a varied selection of heroes, though careful consideration of attributes and coordinate numbers is an absolute necessity.

Hello Hero All Stars is now available to download from the App Store and Google Play.

Everything You Need to Know before Playing Hello Hero All Stars