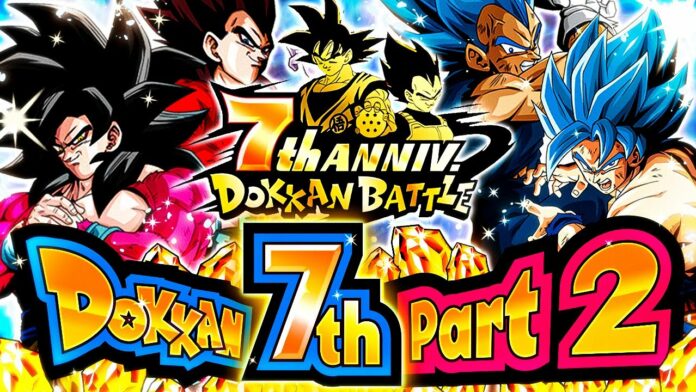 Dragon Ball Z: Dokkan Battle is an exciting action strategy game for mobile devices. In the game, you will be able to play as all the characters from the Dragon Ball universe. Moreover, most of the characters have several versions, and with each update, there are even more of them. And in this guide, we will tell you about everything new in Dokkan Battle 7th Anniversary Part 2.

In Dragon Ball Z: Dokkan Battle, various events are constantly taking place. But the players were still looking forward to Part 2 of the 7th Anniversary. This is because, in addition to various changes in the game, the developers also added a lot of events and banners. Let’s start with the main news.

The 7th Anniversary will start on July 19th. Players will be able to take part in the new Extreme Z-Battles. You can also use Tons of Thanks Summon Tickets to summon to the Top Legendary Summon and Dual Dokkan Festival. Finally, on the home screen, the opening of Dragon Ball Z, namely CHA-LA HEAD-CHA-LA, will be played at a certain time. Below you can see the list of all new events and their dates:

As you can see, the second part of the 7th Anniversary will bring players a lot of new events and content. Therefore, try not to miss them, because most of them are limited in time. And while you are here, take a look at our guide on how to get Dragon Ore in Dragon Ball Z Dokkan Battle.