Home Mobile Gaming News Everything is Fine is a Super Interesting Action Game with More Than... 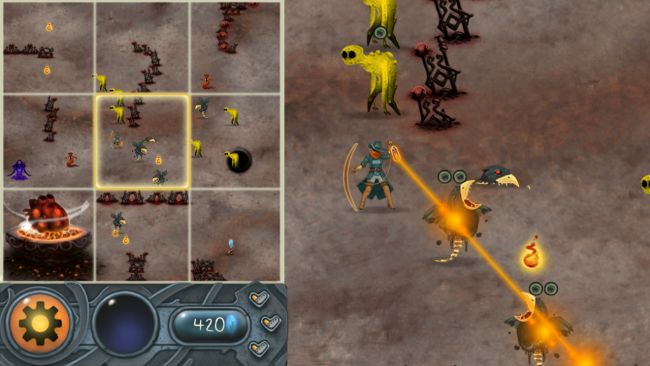 There’s nothing better than discovering a new take on an established genre, and that’s exactly what Everything is Fine has to offer. It takes the foundation of the action game and shakes it vigorously. The end result is a uniquely mobile-focused fight to the death that’s going to have you coming back for more and more and more.

One of the game’s biggest ideas is its control system. It abandons joysticks and on-screen buttons for something much more intuitive. You’re tapping one side of the screen to explore the mini-map, and using the other to interact with a zoomed-in chunk of the world. It might take a while to get used to, but once it clicks it’s really impressive.

Much like the monsters you’re fighting. They’re based on mental health problems – from depression to social anxiety and paranoia. Each of them has been designed to capture the ailment they represent, and you’re going to need to take them down with magical blasts of your inner light.

The heart of the game is a 30 level campaign that sees you battling through a variety of different representations of mental illnesses. There are power-ups, boosts and gear to collect, and you’re going to have to have your wits about you to make it to the final reckoning.

There’s also an endless mode which adds a little roguelike twist to the experience. Items drop at random, and you’re battling against infinite waves of enemies. You’ll need to consider your build and strategies if you want to survive. And of course you’re going to want to survive, why wouldn’t you?

All of this comes together to make Everything is Fine one of the most intriguing and exciting action games we’ve seen on mobile for a good long while. If you fancy checking it out – and we imagine that you do – you can pick it up for free from the Google Play Store right now by clicking here.