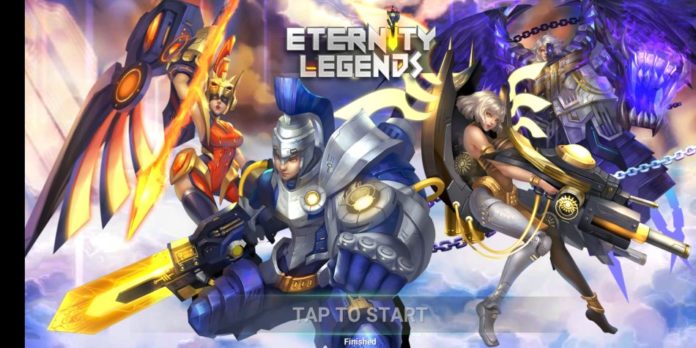 Since the game is all about having the best mechas to fight other mechas (surprised?), we will tell you exactly what to do to improve your hero and get the best gears for it. So, without further ado, let’s check out the Eternity Legends tips and tricks:

The more, the merrier 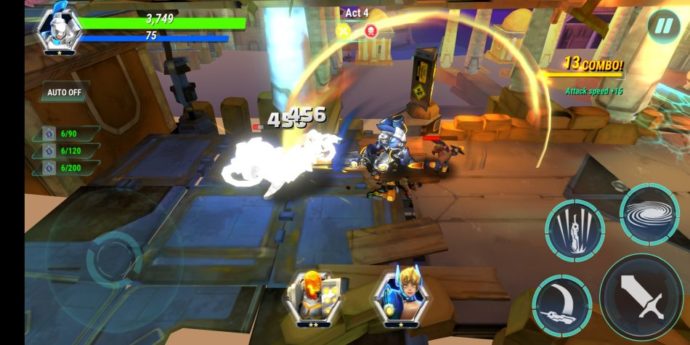 You have some friends who play with you? Join a guild together (or create one)! This will unlock new features for your hero and will help you get through the game easier, because guild mates help each other, right?

If you want to join a guild, you can do so after completing Act 30, and if you’re looking for a place to find a guild (other than the guild interface), check out the world chat! People advertising there all the time, and you can easily find what you’re looking for.

If you want to splurge yourself, you can indulge in some goodies from the marketplace. Here, for some RL money, you can buy anything you want. You should keep an eye out for the sales tho, because if you really want something badly, you can buy it from the store instead of spending hours trying to grind it (and end up with nothing).

The heroes in the store, however, have a 3x drop rate in Heroes Hunt! So, if you want something like that, keep an eye out for those! Another thing you might find useful is the subscriptions. When they are on sale, if you are committed to playing for a long time, you can subscribe for a daily reward, for 28 days straight!

Daily login, make it a routine 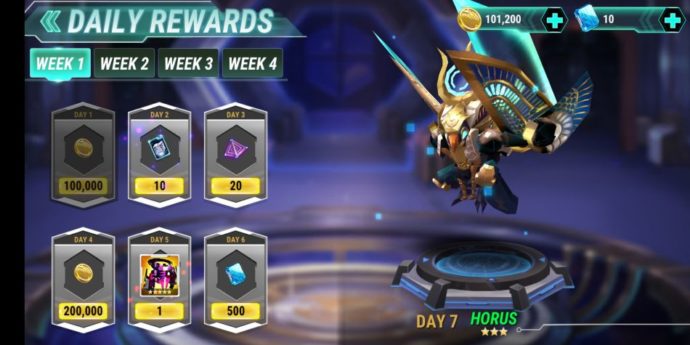 When you log in daily, for 28 days (see the pattern here?), you get increasingly better rewards. Even if you don’t play the game every day, you should still find the time to log in just for the daily reward, because it’s well worth it.

The first week (day 7) will reward you with a champion (Horus)! So at lease try to get the good old bird-man-bot to join your team, because he’s a good addition! For the fourth week reward, you will get something very nice, so be patient!

I’m not talking about cheat codes, just giving you some tips and cheats! If you want to get the Mjolnir (a.k.a. Thor’s Hammer) you’ll definitely want to try your luck with the Star Codes. In Gem-Code, you will get a hero guaranteed after 10 opened chests, so spam you chances here! If you open these boxes, you get gears and augments for your team, so it’s not all in vain.

As for the REAL good stuff, you have the Stella-Code boxes, where the legendary Mjolnir I mentioned before lays. From this chest you can get really nice loot, such as epic (and I mean EPIC!) gears and OP heroes like Thanatos, Cupid, Medusa, Zeus and the new Neith!

These are not all of them, though, you can get much more than that! The Stella-Code is free to open once a week, and the Gem-Code box is once a day, so make these free tries count!

Adventure into the space

When you want to go PvE mode, you have plenty of options! Here, you can choose between Normal Campaign, Elite Campaign, Idle Campaign, Heroes Hunt, Super Boss, Stargate and Skyscraper. Each of them unlock after you complete a certain stage, so play the Normal Campaign till the end and you’ll have them all unlocked in no time!

When you complete these campaigns, some heroes will unlock for you, and you can add them to your team! Also, make sure you use the Exp Potions to level up your heroes, that will make help the fights way easier! And don’t forget to attack the bosses first! After they die, the other minions die much easier.

As for the skills, don’t always rely on simple normal attacks. Use those skills that your hero has, because they are there for a reason (and they don’t cost to use!). They will make the fights against multiple enemies much easier and you’ll finish the level quicker! 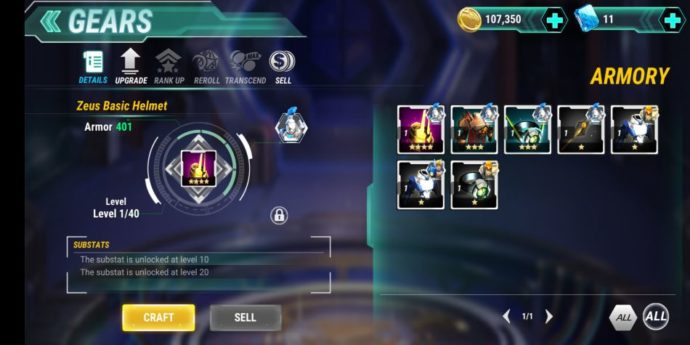 When you win fights, you get rewards. Simple enough, right? But some of those rewards are some not-so-good gears. You should not trash those, because they are good for upgrading your current equipment. Keep in mind, nothing is trash, everything is salvageable!

You like PvP? So do we! In this game, you can go fight other mighty heroes in the Online tab. There, you will find few options on how you want to fight. If you have friends who you want to spar with, you can go in a 1v1 match and see who’s hero is stronger, or you can go versus a Global Boss!

Either one you choose, keep in mind that some other people might have better heroes than you, so keep yours prepared! Always equip the best gear you get from missions and don’t forget the Exp Potions!

An ad for a dime

*in game dime, that is

When you want to get some extra free gems you should check on top next to the gold coins you have if there is a possibility to watch an ad. For 30 seconds of your time, you will get quite a few gems! It’s very helpful when you’re running low, and it’s a great way to stack them up (and spend them in the random shop)! 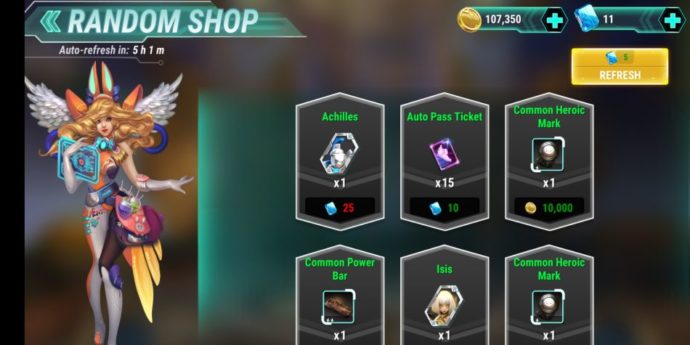 If you have some extra gold coins you aren’t keen on keeping, try spending them in the Random Shop. Here, you can get anything currently available in game, from heroes to gears and Exp Potions.

The Random Shop auto-refreshes after a while, but you can refresh it yourself in exchange for some Gems. It’s not always worth it, so remember that! If you’re running low on Gems, it’s best you just play Campaign and let it refresh on its own.

In order to summon a hero, you will need to collect a certain number of fragments of that hero. Some fragments drop from Heroes Hunt, some from Campaign and some can be crafted.

Either hero you want, you should definitely spam that instance because it will greatly increase the chances of you obtaining it!

These being said, our Eternity Legends tips and tricks are completed. If you have any other advice for fellow players, let us know down in the comments below! 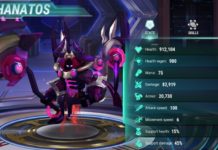 Eternity Legends: All Heroes in the Game & Best Characters for Your Team