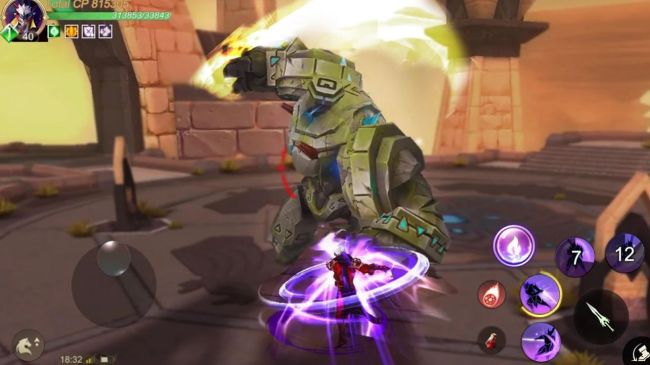 In today’s article we are going to share with you all of the Eternal Sword M tips and cheats that we have gathered so far to help you become stronger and deal with all the enemies and tasks that lay ahead.

The game has some pretty cool features, and because it is a MMORPG you should expect tons of tasks and quests, ready to enhance your character and make it stronger. Of course, exactly because of that, there will be a lot of grinding to be done as well, since some stuff simply can’t be achieved instantly!

But if you played MMORPGs before, then you know that way too well! So since we are here, let’s not waste another second and dive right into the Eternal Sword M tips and tricks to help you get stronger and level up fast!

Choose the right class for you!

In this type of games, you should always begin by picking a class that is fit for your play style. There are a few choices you can make, so let me explain a little bit about every one of them so that you can easier pick the one that’s right for you:

This is a melee class which has a ton of damage and AoE skills, so it’s great for clearing enemies and dealing damage in PvP too. It will have a great impact in boss fights, as their damage is really something to be afraid of.

The class is not really ideal for absolute beginners as it’s not all that simple (since they do not have a lot of defensive skills). However, if you take the time to read all of their skills and understand them (such as when is the right time to use them), then you should definitely pick it!

The Mage is a ranged class which deals quite a lot of damage. They are an overall balanced class, juggling Attack, Movement, AoE, Crowd Control skills and some defensive stats together.

That makes the Mage a well-rounded fighter, which is great for people who want to play a damage dealer class but not be afraid that they won’t be able to take any hits from enemies (as they have decent defense for an attacker).

The Gunner is basically a glass cannon. They deal insanely high damage, but they lack any kind of defenses whatsoever. They have some very high mobility, which can play a defensive role, but not always.

They are difficult to play for beginners, especially because you will have to kite everything and try to avoid getting hit at all times. Using their mobility skills for that is ideal, so similar to the Swordsman, if you are willing to take the time and learn the class, then it will pay off in the end.

The Warrior is the heavier fighting class, and they have by far the highest defenses in game. They can also deal pretty crazy damage too, and if you manage to learn this class, then you will definitely fall in love with it.

They are not easy to play however, so if you want to play Warrior then you should try and learn the right time to cast their skills. I would recommend this class for a beginner, but you should really invest some time in learning a good rotation for your Warrior.

This class is a fan-wielder which is kind of a Mage, but not really. They do inflict magic damage and are ranged, but they are also the only class which can become a healer in game.

It is one of the easiest classes to play and master, and if you want to have fun and play a unique class, then I definitely recommend it. You can also become the healer of the team, which is a very important role in the more advanced stages of the game.

Do your quests to level up fast

Your main story is going to be your main source of EXP and items for the time being, so make sure that you follow that as much as possible. From the main story quests you will obtain plenty of equipment which will help you get through these stages, and plenty of EXP.

The main quests along with the side quests can be found in the left side of the screen, so try do the main ones until you have reached a high level, because the EXP you get from them will get increasingly more.

Your character’s Memory can be found underneath your character icon, and it is going to give you more CP the more you upgrade it. In order to unlock more Memory Crystals you will need to complete the tasks written there, so in case you haven’t been able to make any of these upgrades lately, just read the tasks and tap on the “Go” button to quickly go there and to them.

Every few steps there will be a milestone which will give you some better rewards, so try to complete those because they are what basically boosts your character. When you have completed all of the Memory Fragments you will be rewarded with some awesome rewards, such as an outfit and a mythic beast!

Equip the best gear for your character

At the beginning of the game you will not need any new equipment whatsoever, because you will get everything that you need from the main story quests, but as you progress through, you’ll have to do various boss hunts, dungeons and events to obtain more.

I suggest that you always check out the equipment you got and try to equip the one that is the most powerful. Not only will it give you some extra stats, but it will also increase your CP.

Another thing you should always do is keep your equipment to the maximum enchantment level possible. You can do that by heading to the Menu (in the right side of the screen) and selecting the Gear tab. There you can quickly Enhance all of your gear by tapping the “Quick Enhance” button.

Your Familiar is basically your in game pet, which will help with an active skill and a passive one. There are several Familiars in the game, which will help you get stronger, so try to obtain the one that has a very good synergy with your character.

So for example while you are going to be a Warrior, the Star Familiar might be good for you because it will give you HP restoration and that will help you tank ore. As a damage dealer, you should try to obtain a Familiar which will help you deal even more damage!

Check them all out and once you ave acquired the one that you really want, you can start purchasing Candies for them to upgrade them!

If you want to unlock a new Familiar, then all you have to do is head on to the Familiar menu next to your character icon and there you can see a Summon tab. Tap on it, and you can see the Summon and Advanced Summon.

Save up candies for your desired Familiar

This could be optional, but if you do decide to follow the tough path and obtain a S or SS familiar, then you should be prepared to upgrade them too! For that, you can just save up the candies you get from the Summon and quests and use them when you got the stronger Familiar.

That will mean that your current Familiar will be slightly weaker, but when you manage to get the stronger one, it will make it up for it!

You should always make sure that your skills are upgraded to the maximum possible level, because they will deal a lot more damage if they are. Every time that you level up you can upgrade your skills to be the maximum level as your character, so don’t forget to do it!

Upgrading skills will cost Gold and Skill EXP so I suggest that you have plenty left every time you level up, for upgrading them.

The bosses will have some strong attacks which are marked by the use of red carpets. You should try to manually avoid these, because even if you play on auto, your character will not automatically dodge them.

It might not sound super important in the early game, but the more you progress through, the stronger these attacks will get, and some bosses will even stun you or inflict other crowd control debuff.

Every single day you will have a list of tasks which give plentiful rewards. Try and complete all of these daily dungeons and events because they will really improve your character. You can find them in the upper right corner of the screen in the Daily tab.

There you will see Daily Quests, Timed Quests (which are available only at certain times during a specific week day, so you can call them in game events), Activity tasks (which give you rewards based on how many of them you have completed) and Arena (PvP).

When you are not sure what to do next, head on here and start doing some of these tasks starting with the Timed Quests because they will not always be available (at least until next week)!