In today’s article we are going to cover the classes in Era Origin and go over each and every one of them so you can learn how they work and which one is the best class in game, depending on how you like to play!

If you are new to the game or simply want to learn all the tips and tricks that we have gathered so far, you should head on to our Era Origin game guide and check them all out there, because we are going to dive into the Era Origin class guide here below, so it’s better to know how to get more powerful!

The Assassin is a class which is not ranged at all, but rather melee (which means close range). That means that they will have to sneak upon the enemy and deal a fatal blow, or assassinate them!

Another thing that Assassins can benefit from and make it easier for them to survive (while still being very useful to the team) is their high crowd control abilities, which help by disabling the enemies with stuns, slows and such. That is a very useful way that they can be helpful to the team, and also save themselves in critical situations.

Since they rely mainly on very high damage attacks and crowd control debuffs, they will be a good addition to any team and they will do good in any fight as long as you will keep yourself safe and avoid as many attacks as possible.

Not much different from the Assassins, the Rangers also have very high damage output, but unlike the Assassins they have high range which will help keep them safe. Even with the high range, it is advised that you still pay attention to enemy incoming attacks and try to avoid them, because range doesn’t mean that you will automatically be safe from all attacks.

The Rangers do not have a lot of crowd control, but they do have super high critical damage, which will make them a great team addition if they have someone like the Wolf Fighter tanking for them in the front line.

The Rangers will shine in the PvP battles (in the Arena) because of their very high range and explosive abilities, (and of course huge damage output) which makes it easier for them to take down various enemies, before they even manage to get to them (for the melee enemies).

However, since their defense is fairly weak, you should be careful and try to foresee and dodge any incoming attacks because they will hurt.

The Rangers are good in boss fights too, so that would conclude that their kit is very useful for taking down single target opponents and inflict a ton of explosive damage. They are not bad in AoE battles either, but they will do much better in single target ones. So try to keep that in mind. Also, versus a single target it’s easier to track their movements and try to avoid them.

The Mage is a very fun yet easy but filled with damage class to play. I chose Mage because I also go for the mage classes in any game that I play, but in this particular one I was impressed by its tankiness and high damage at the same time. (I mean I managed to tank and kill some 40+ levels higher bosses all on my own with potions and my spells)

The Mages will have very good AoE skills (multi target skills) and that will make it very easy to farm and complete the quests with them. They do not have any major crowd control skills, but they do not exactly need them since they can tank quite good and also deal a ton of damage.

They are ranged, so they are also fairly safe from many attacks, but in my opinion they are a class which is overall balanced, slightly leaning more towards the damage side. They can do well in a team which has a decent tank of course, so alongside the Wolf Fighter they will do very well.

This is the through and through tank class of the game. They have high health pool and a set of very good crowd control abilities. They will not have any particularly good damage input or crit whatsoever, but they will manage to get through the quests fairly well.

They are a class which will go in the front line and tank for his team mates, so any damage dealer will do well when paired with the Wolf Fighter. I suggest that you focus on getting gears which also have high defensive abilities so that you can tank for longer and help your team by mitigating a ton of the incoming damage.

The Wolf Fighter class is a truly Viking class, which means that they will go to the first line of battle and fight their way through, while inflicting lots of crowd control. The class is not super difficult to play, and for a beginner who wants to just go into the battle and face the enemies head-on, they are going to be good.

The Dragon Summoner is also a Viking class, but which relies mainly on damage. They are not tanky at all, and they are also using their giant Axe to deal damage, which means that their range is not that high in the first place.

They have no crowd control in their kit, and their HP is not amazing either, so if you choose to play the Dragon Summoner I suggest that you stand behind the Wolf Fighter who will tank the enemy attacks for you.

The Dragon Summoners will have very high burst damage and critical hits, which will make their attacks quite deadly, but you need to be very careful not to get too many hits, as they are not good at tanking.

Much like all the other DPS focused classes (except the Mage maybe) they need a tank in the front line, so when it comes to world bosses, they will not manage to do much unless there is someone mitigating the damage.

I would suggest that if you are a beginner, you either go for the Mage or Wolf Fighter, as they are fairly easy and they will not require a ton of stuff from you. As a beginner, you can also try the Ranger, but you need to be very careful to dodge all incoming attacks.

For the more experienced players out there, the Dragon Summoner can be quite fun and challenging, as their damage is crazy but they do require some game knowledge because they are not tanky and will need some gear invested into them as well. As for the Assassin, they are pretty much the same – be careful and use the stealth and crowd controls to try and survive as much as possible, and you will do just fine.

These would be all the classes in Era Origin! Which class is your favorite and why? Let us know down in the comments section below! 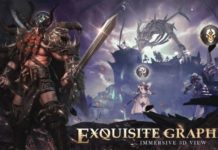