Home Guides Era of Legends: Best Class in the Game 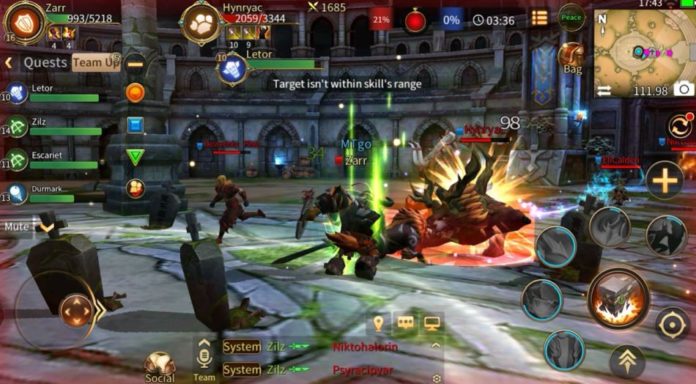 In our article today we will share with you everything that you need to know about the Era of Legends classes, and we are going to help you pick the best starting class which (we hope) is going to suit your play style like a glove.

Since I’ve been playing MMORPGs for many years now, I can safely say that I tried many classes and got used to them, but my favorite one still is the one which inflicts lots of damage over time, which in this game proved to be the Witch. If you are familiar with the Warlock in World of Warcraft, this is pretty similar to that one! (which is what I played in WoW too – Undead Warlock)

But now we are here to explain all the classes of the game and help you make the best picks for your play style, so you will have a better time when playing the game.

Enough with the introductions though – let’s dive right into the best Era of Legends classes! 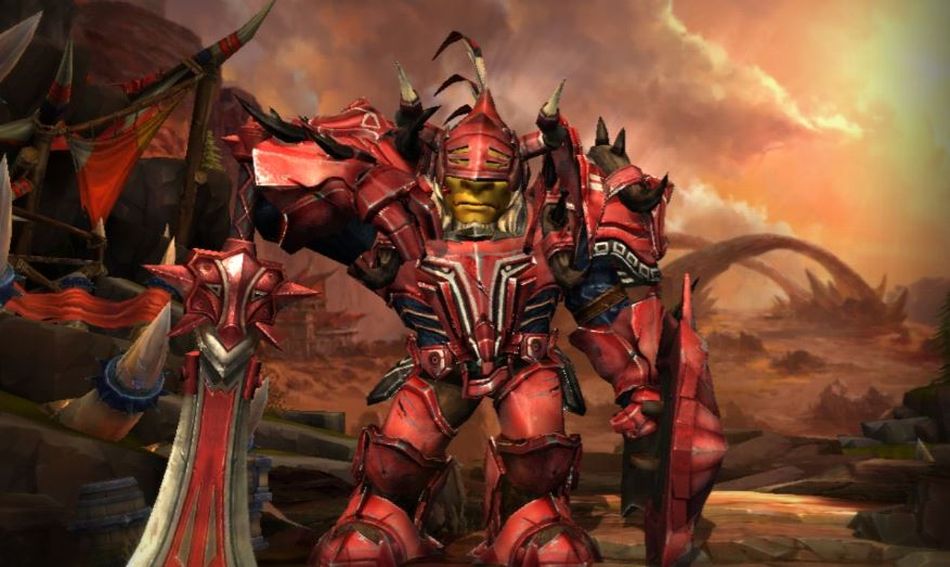 This class relies mostly on HP and tons of Defense, because it is the “tank” of the classes. The Warriors will always be situated in the front line of any battle, trying to mitigate the incoming damage. They do have enough damage on their own, especially when you gear them up with offensive stuff, but when going versus some difficult bosses, it’s best to have a somewhat balanced build (DMG, HP and DEF).

Play style: You will want to always be in the front and take the boss’ aggro, because your skills help you mitigate quite a lot of its damage while the rest of the team is bursting it down. If you are looking to go a little bit more offensive, you still shouldn’t neglect the HP because the class in itself is tanky by default, so you’ll benefit mostly from that.

If you want to pick Warrior, expect to be the one in the front line of many raids and rely on the heals incoming from the Priests and Shamans. 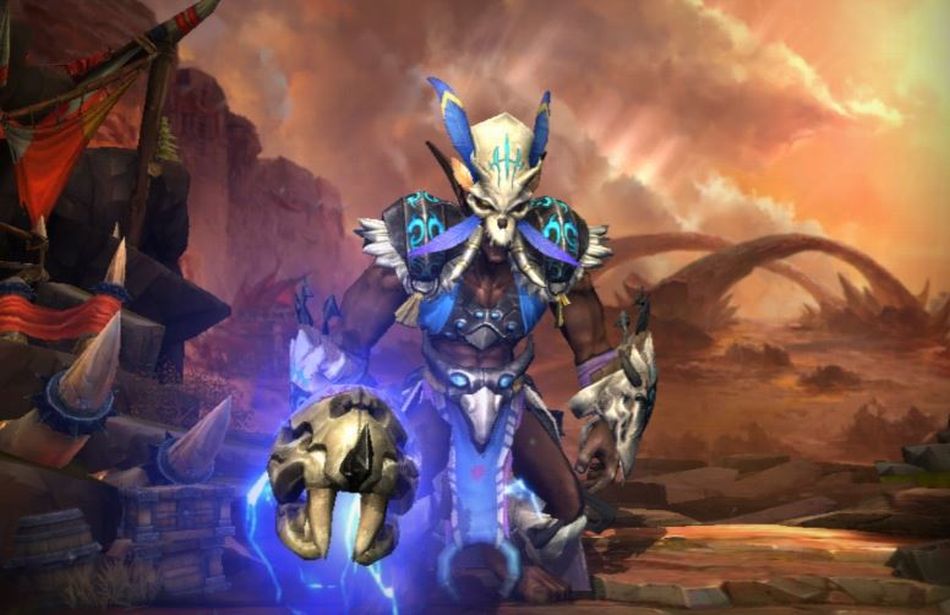 No healer or buffer class is ever easy to play because their entire team will rely on them to keep them safe, alive and happy. It is quite difficult to be good at keeping track of all the buffs on your team members while also trying to keep them alive, so if you become good at this class, then you’re golden.

The Shamans can do quite a bit of damage while having good sustain, so if you want to play a “semi mage” class, then this is the one (“semi mage” or rather “priest mage”). I like this class for the various play style that it can offer, so if you know what you’re doing, then it can offer quite a “relaxed” play style.

Play style: You will be sitting in the back (on the back line) and keep track of all your allies’ buffs and HP. If you decide you don’t really want to play as a protective Shaman, then you can focus on your summons and damage dealing. That can be good too, especially if your team has other healers. But keep buffing! 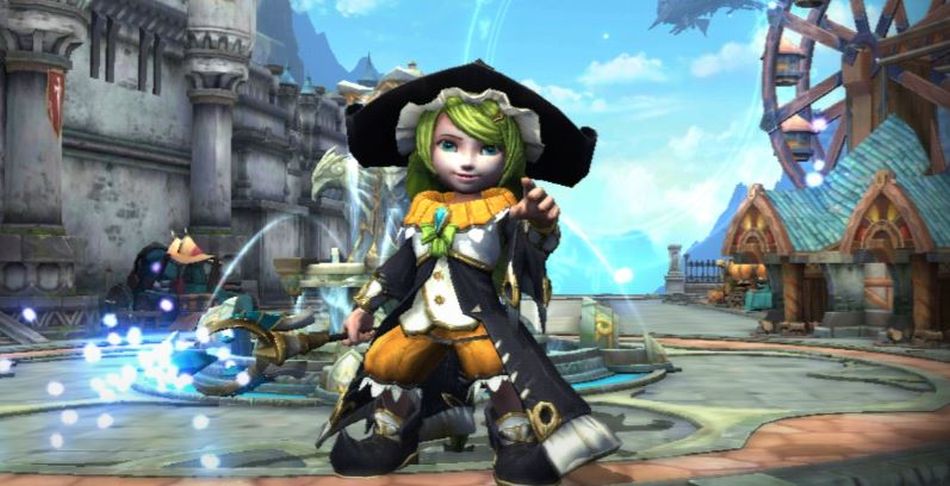 This is my second favorite class, after the Witch, because it uses magic! The Mage class has very high AoE damage, which means that they will destroy hordes of monsters coming your way in a matter of seconds. They are extremely powerful in PvP especially, because of the AoE damage which can affect multiple enemy players at once.

They are pretty squishy though, so you will need to be very careful in case enemies get close to you, because the Mage’s HP is pretty low (as they focus on Damage mainly).

Play style: Always stand at the back and inflict damage to everything that you see. It’s not difficult at all, because the range is crazy and the skills do a lot of damage. You should build mostly damage items, because this class is not exactly made for taking any damage – there are other classes for that.

If you want to play Mage expect to hold all the nature’s elements at your feet and do with them as you please. It’s pretty fun for a starting class, so if you don’t know what to pick yet, try this one out! 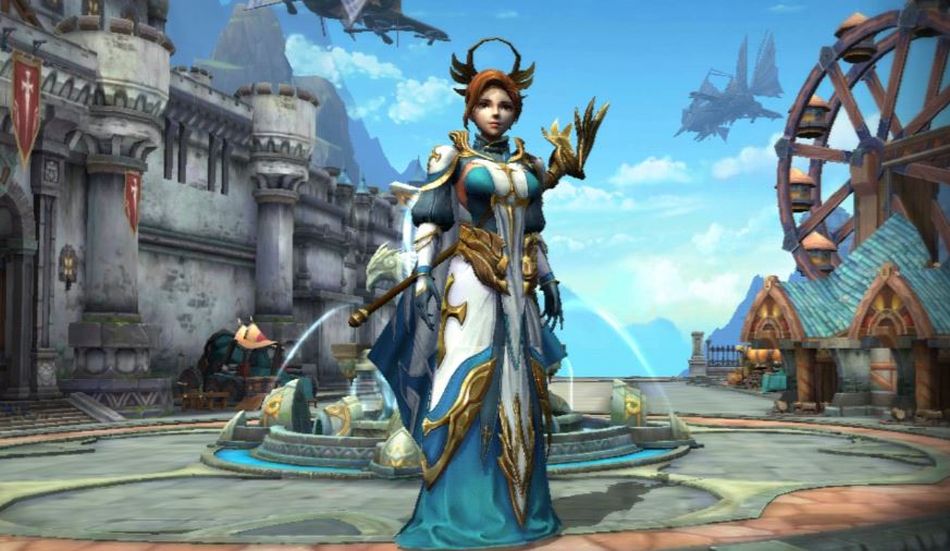 This is the lesser version of the Shaman, but it relies more on healing and less on damage dealing. The Priests offer very powerful single target heals and offer a ton of protection for the front liners. They do have a bit of damage, but it is nowhere compared to the one of Shamans and Mages, so let’s not even go there.

Play style: Sit at the back line and pick a target to heal. Just like with the Shamans, the Priests are a very important faction in the game as they will be the team’s key to success in difficult raids and battles. They are less difficult to play, so if you want to be a healer (or learn how to be a healer) this class will be good. 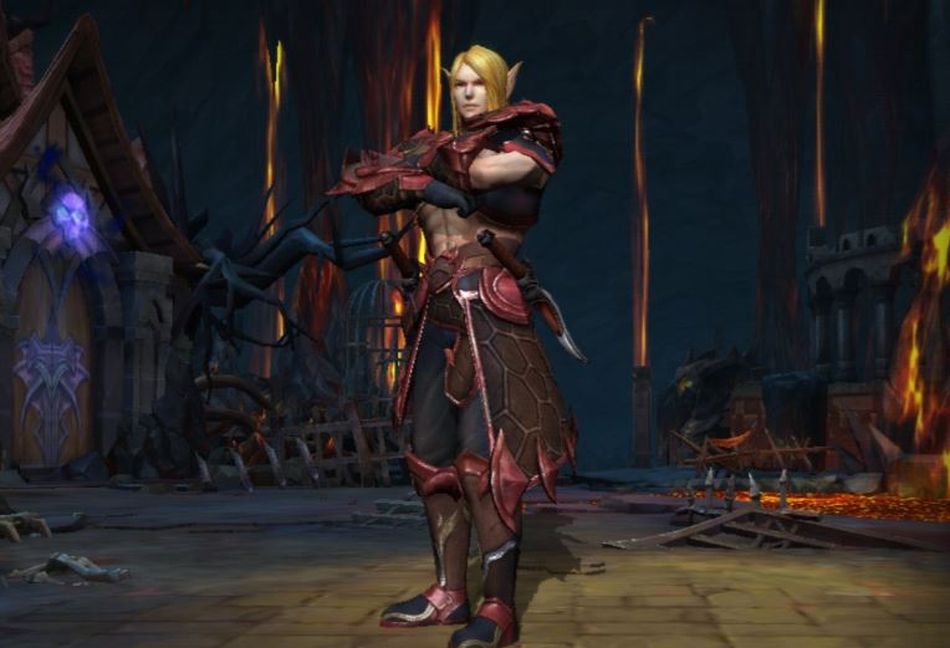 If you are in the Arena and are experiencing a “now you see me, now you don’t” moment, then you probably got hit by an Assassin. They are masters in one shotting enemies basically (well, not the Bosses, obviously) and they deal a ton of single target damage. Since they are melee attackers, they can only focus on one enemy at a time, so they can also get bursted down with damage.

The Assassins and basically making up for the huge damage they input with their lack of defensive stats. They excel in PvP (single target PvP) and can do very well against bosses.

Play style: No matter what, you will have to be in the front. However, if you are going against boss monsters, you should keep an eye out on their red carpets and try to avoid them at all costs. Since the class is very squishy, make sure you aren’t taking the boss aggro because if it is a powerful one – you might end up dead.

So basically you need to be careful with your attacks and positioning, and also look out for multiple enemy incoming attacks in PvP because  you will probably be the target quite a lot. 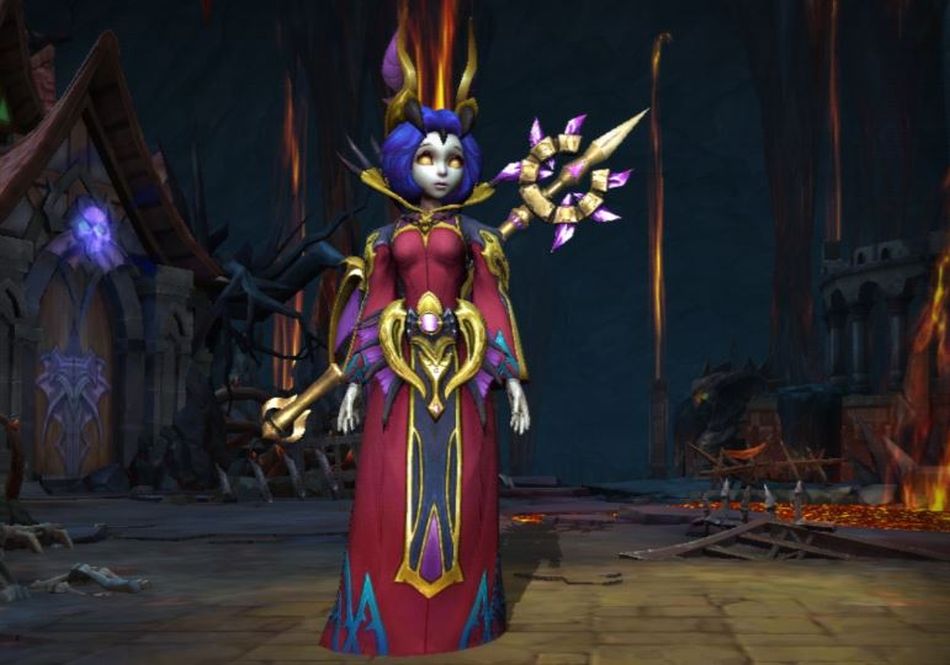 It is a very fun class to play if you like summons and dark skills, and also if you want to put a ton of damage to multiple enemies or single target. The Witch does really good in PvP too because of the DoT skills (damage over time) and that’s because they could go unnoticed and cannot be outhealed.

Against the bosses, you will not see a huge damage input in a matter of seconds like it is with the Assassin, but rather do high damage constantly and continuously. This class also offers many debuffs which are good for weakening the enemy and deeming them basically useless.

Play style: The play style is not too difficult, but will require you to constantly hit and be careful with the enemy’s buffs. Since the Witch is a debuffer (among other things) you will need to debuff them and weaken the bosses in every fight, so you are going to be quite an important addition to any team.

You will also need to stay in the back line and send your summons forth to battle for you, while you inflict your DoT and debuffs. It’s not an extremely difficult play style if you are used to it, but for starters it could get a little overwhelming at times. 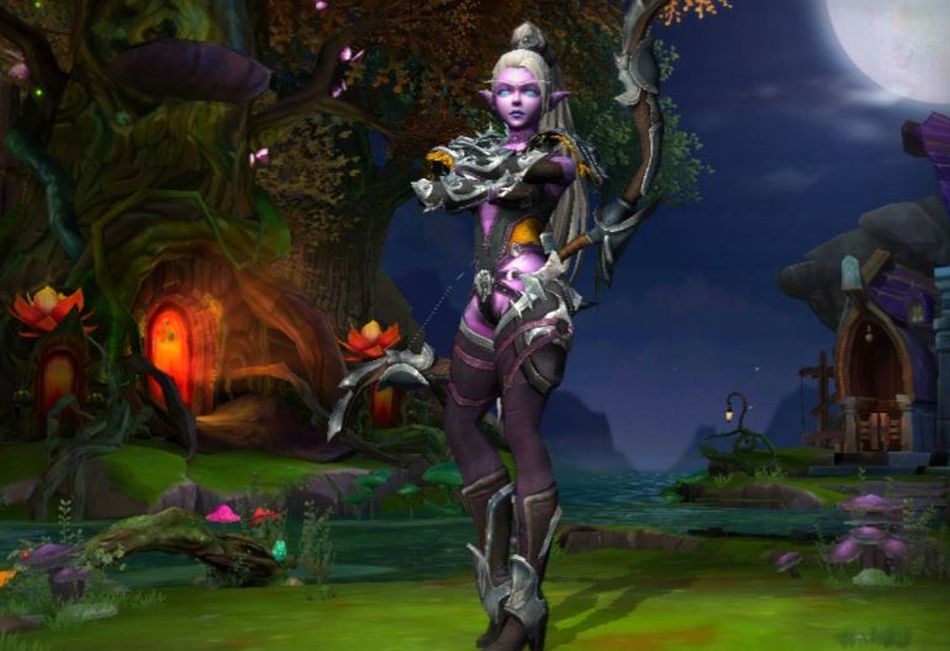 I have never actually liked playing Archers (or Rangers, their equivalent) because of their very low HP and unreliability, but if you like dealing good damage and being quick on your feet, then this might do it for you (I know for sure that it doesn’t for me). They are OK in Era of Legends, because all of the classes are kinda equal here, so they can’t be that bad.

Play style: You will have to stand at the back line whole avoiding all the incoming attacks (because the Archers got extremely low HP and DEF) and just send your pets to do the work for you. It’s a fairly easy class, so if you don’t really mind their low defensinve stats, then definitely go for it! 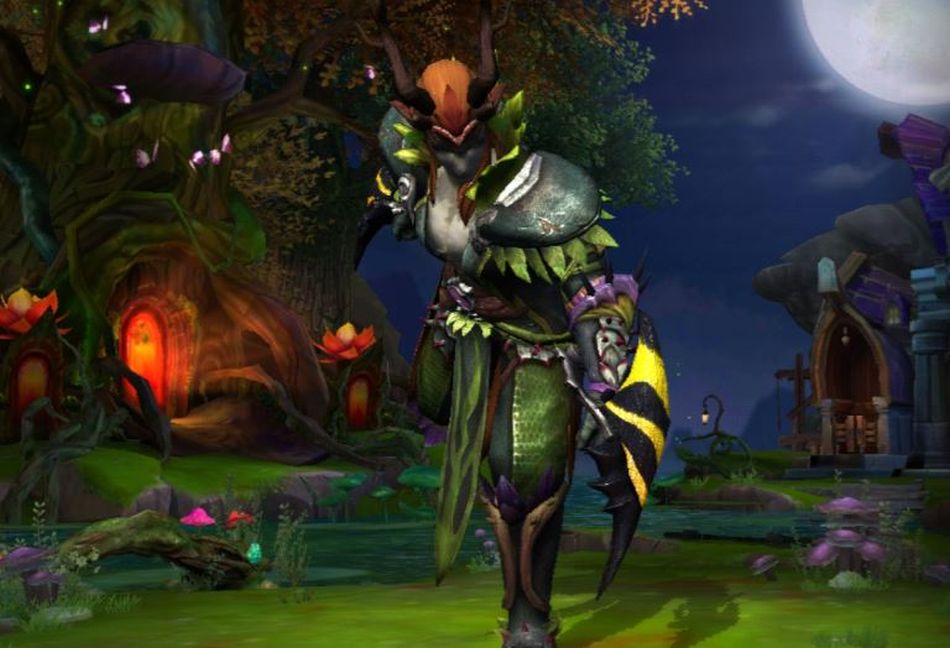 They are pretty interesting, as they can transform into beasts. This shapeshifting class is another tanky one (like the Warrior class) which means that they excel at DEF and have lots of HP. The difficulty of playing this class comes mainly from the skills timing and positioning, as it could be quite difficult sometimes.

Play style: The Druids can have two types of skills – human and beast. So you need to be very careful and learn them before heading into the more difficult battles. Positioning is also key, as their defensive stats are good, but you shouldn’t rely on that alone. Either way, use the healers in your party to keep you alive and you should have no problems whatsoever.

If you want to pick one that will fit your play style, read all about them and let us know which class you went for! Now I can’t tell you that one is better than the other, because they are all good and have their roles, but if you want to go for something OP from the very beginning, I’d definitely pick Mage.

If you are already quite experienced with the game, I’d recommend that you try one of those three: Shaman, Witch or Assassin, because they could be a lot of fun to play, but once you master their skills – you’re basically unstoppable!

This would be everything that we have about the Era of Legends classes. If you want to learn more about the game, take a look at our game guide where we’ve shared all of our tips and tricks about the game! 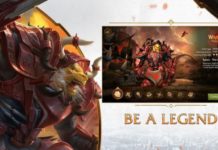 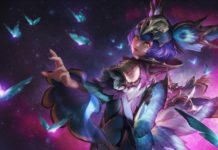 Capture Your Most Desired Fantasy Beasts in Era of Legends, Soon on Mobile