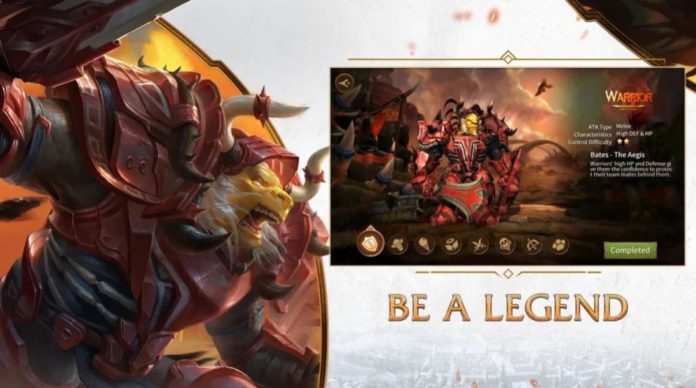 In our article today we are going to share with you all of our Era of Legends tips and cheats that we have collected thus far in order to help you become the best and collect all of your favorite beasts in the game.

So, if you like MMORPGs and are passionate about fantastic mounts and beasts (and whatnot), then I’m pretty sure that you are going to have the best time of your life, because this game has it all: mounts, quests, pets, cool graphics and good game play!

But enough with the introductions – you’re here for one thing only and that is the Era of Legends tips and tricks, right? Well then, let’s not waste another second and dive right into it! 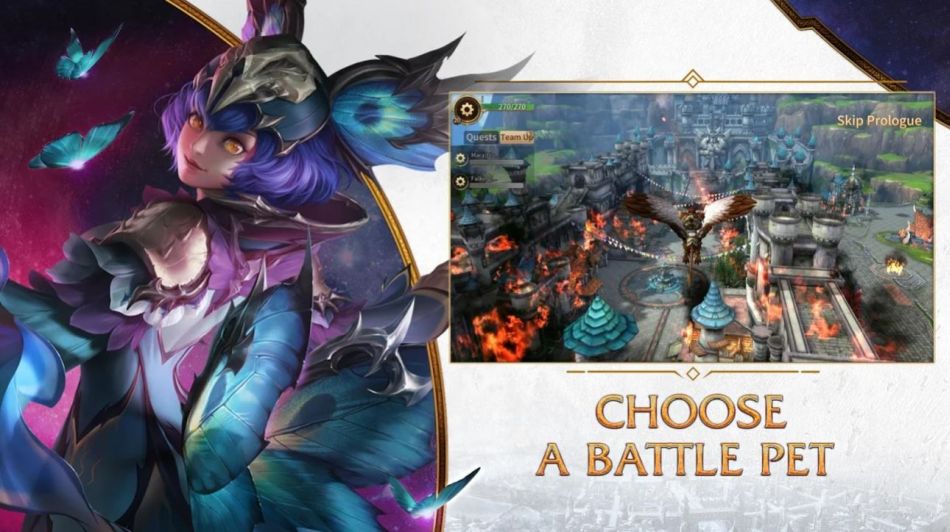 When you are just starting off with the game you will have several classes to pick from, so I suggest that you pick your starting one wisely, because once you start, you won’t feel like leaving the game anytime soon – it’s just that good!

I have chosen the Witch class because of the high range, summoning skills and dark techniques, but there are several more available to choose from:

– Warrior: tons of DEF and HP, does Melee damage
– Shaman: the party healer and buffer, his skills are ranged AoE
– Mage: very high AoE damage with a big range
– Priest: strong single target heals, has high range
– Assassin: extremely powerful single target bursting skills, does melee damage
– Witch: summons creatures to battle and inflicts dark damage and debuffs, has a very big range
– Archer: very fast with their attacks and movements, they can summon pets and have huge range
– Druid: a lot of DEF and HP, can transform and do Melee damage

This function will help you so much in the game you don’t even realize it yet. Especially through the early stages – which you should clear as soon as you start the game (more details about this below) you will not have a care in the world once you turn this option on. It will just start auto routing to the quest areas and picking up the items needed in order to fill the objective.

If you don’t have it activated yet, head on next to the minimap (on the left of the minimap) in the top right corner and press on the Auto Mode. There you have Auto Battle and Auto Path – turn both of them on and let the game level you up easy and quickly. 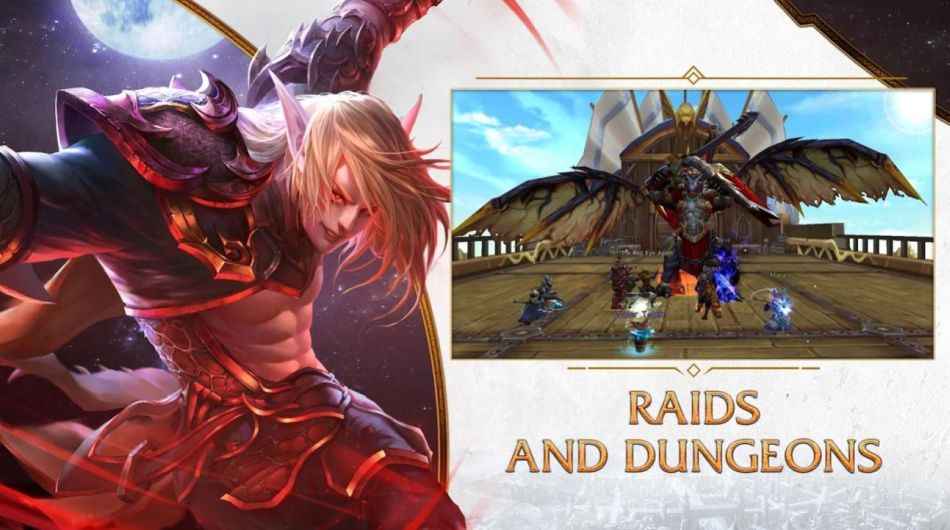 Start questing as soon as you go in game

When you are just getting started you should use the Auto Battle and start progressing through the levels as quickly as you can. They will give you tons of EXP and you will level up really fast that way. All you have to do is really just tap a few times here and there to accept and hand in the quests and you’re good.

The game will have quite a lot of quest types, from killing mobs to eavesdropping on NPC conversations and talking to certain NPCs. They will all give EXP and you will increase your level quite fast.

Roll for the items you need

Just like in some MMORPGs for the PC when you go do some party instances and dungeons, even World Bosses, they will drop plenty of rewards. Well, these rewards are split between all the members who fought together, so you will need to roll the dice for it (quite literally). 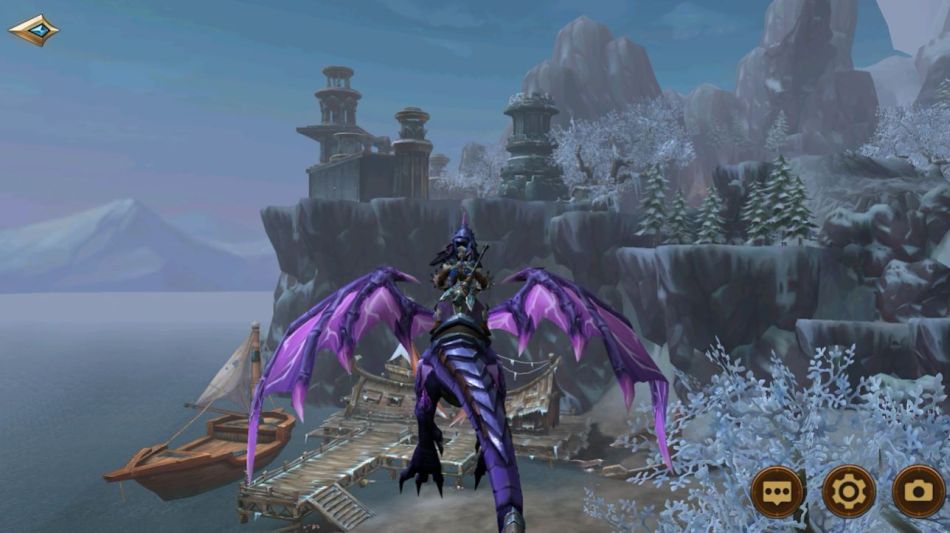 There is the option to be Greedy (claim the item for yourself) or Pass on the item, so if it’s not any good for your class – just let the others have it. It’s good to share with the others and not claim everything yourself because it might be an item that is quite rare to find and if you can’t use it, then it’s a waste to have it.

Take your time and find a good guild

Joining just any guild will not do in this game, because you will miss out on quite a lot of good perks. I would suggest that you wait and take the time to find a good guild, because it will help you find mates for Dungeons much easier and that will be of great help especially later on in the game.

So don’t rush to just join anything and afterwards get kicked out due to the leader getting bored, and just play the game, level up and in the meantime take the time to look for a good guild. Consider contacting the guild leader beforehand (with the Contact Master button) and talk to them, see if the guild is actually fitting for you. 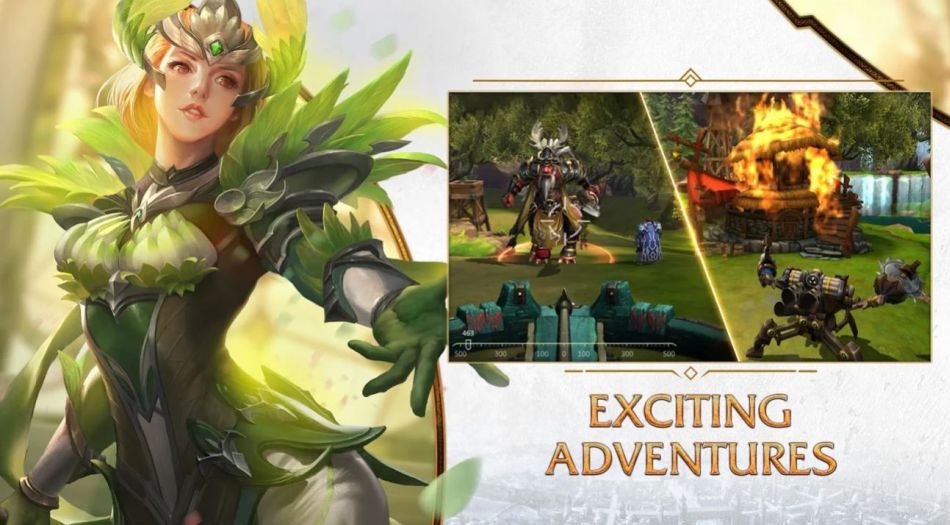 Also, if you are playing with a friend (or more!) consider creating a guild because it will be easier for the both of you to manage it and to control who comes and goes to the guild.

Do the time limited Events and Dungeons

There are a few events in game – a quiz, Arena, World Boss and more. They run only during certain server times, so try to log in game for those events (especially the IQ Test and World Boss) because they will give you many rewards, from EXP to equipment.

The Dungeons are also good, and you can run them several times a day, for as long as you can handle it (and find team mates). They give EXP and items, so it’s good for leveling up there if you got bored questing.

You can find both the time limited events and the Dungeons in the Battle tab on the top right corner (left side of the minimap). Select where you wish to adventure next and go kill’em all!

Upgrade your skills and gears constantly

You should always keep your skills upgraded at all times, because that way you’ll deal with the enemies much, much easier. It will not be a big deal to do, just select the “Quick Upgrade” option on the right side and the game will do it automatically for you.

Now for the Secret Art, each class has 6 different Secret Arts. Try them all out for yourself and equip the ones that you like the best and suit your play style most. They can be unlocked as you level up, like this: 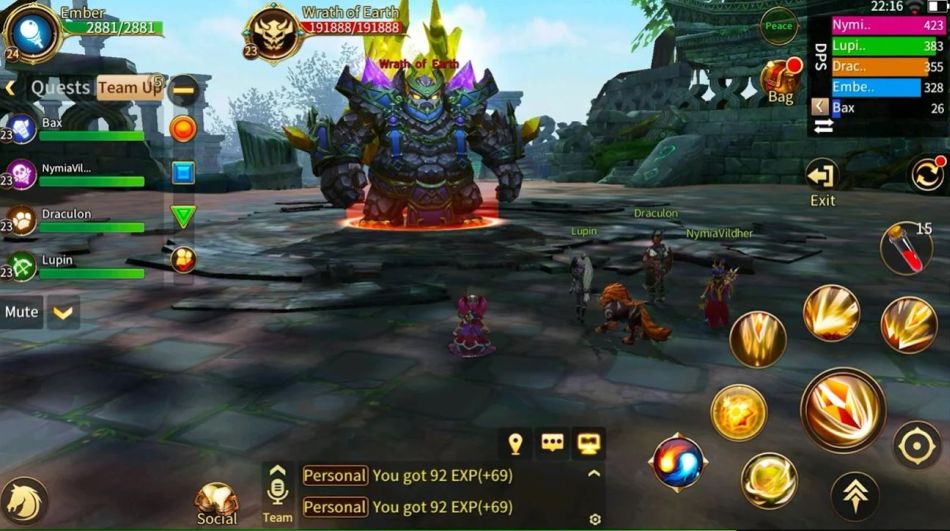 Keep in mind that the sixth skill may not always be the best of them, so when you choose two that you want to keep, try out different combinations. For my Witch, I prefer using Absorb Spirit (first one) and Evil Spirit Bomb (third one) because of the huge damage input.

The skins work like fashions in the game, so there are quite a few options when it comes to you changing your looks. You will get one for free when you reach level 15, and another one you will get as a daily reward. Now there is one you can only obtain in the shop (which unfortunately is my favorite) and it goes for 1680 points.

Purchase goodies from the Store

In the Store menu you’ll have the normal Store which sells goods for Silver and Gold. As you progress through the game’s quests and stages you will unlock new things that you can purchase. I would suggest that you buy the Wartiger Shards, because once you have collected 20 of them you’ll be able to summon the Wartiger Mount which looks really really cool!

Of course, you can take a look at many other wares in the store and if there is something that catches your eye, go for it! You’ll make the Silver back quite fast if you continuously do quests and dungeons. 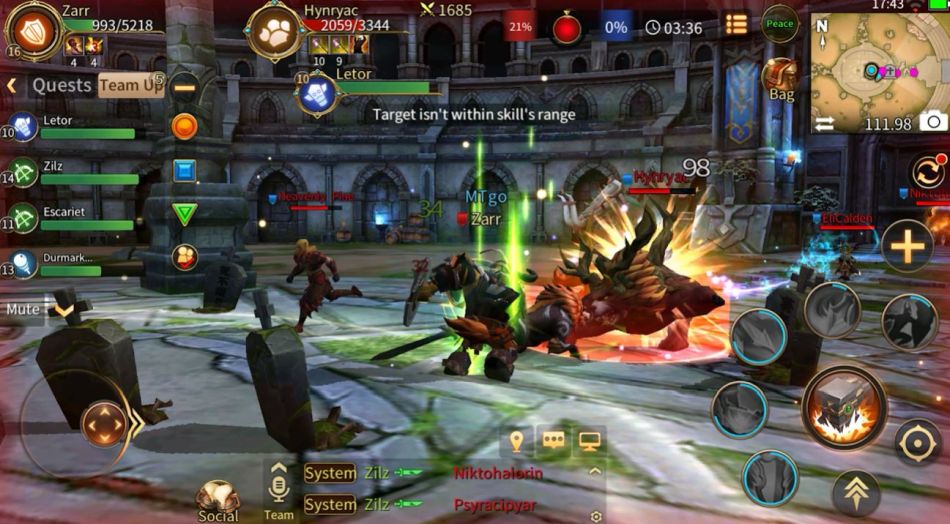 Avoid the boss’ attacks in battle

I suggest trying to avoid them by learning the pattern of the skills and thinking where the attack might land next. If you happen to be tanking the boss at some point, try running around it and casting your skills at the same time.

Now these would be all of our Era of Legends tips and tricks that we have for you at the moment. Do you know some other cool tips for fellow players? Make sure you leave them down in the comments below so we can all learn them!