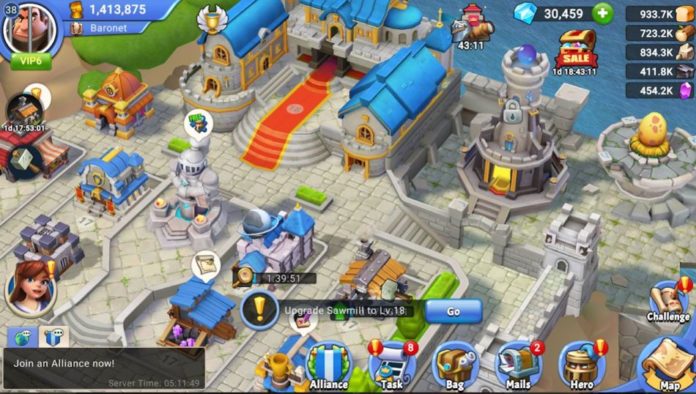 In our article today we are going to share with you all of our Epic War: Castle Alliance tips and cheats to help you build a strong kingdom with powerful buildings, able to withstand any incoming attacks.

So, without further ado, let’s dive right into our Epic War: Castle Alliance tips and tricks to help you build a powerful kingdom! 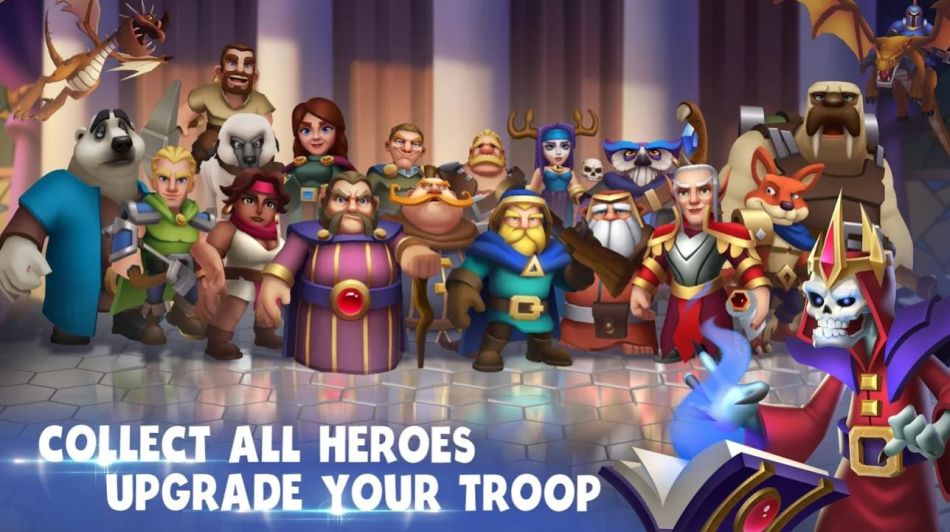 The resources can be found either by constructing dedicated buildings for them or by raiding in the World Map. When you raid in the World Map you will send out your troops to gather from various locations, all scattered across the map, and when you are collecting them from your own territory, that’s the steady, “safe” way.

I strongly suggest that you build as many resource buildings as you can whenever possible, and always collect the result, because you will need every single one later on in the game. Also, if you want a quicker way to gather resources, try deploying troops in the world map while also managing your own resource farms.

Also, another thing that I suggest you do is focusing on all of them equally. Like that you will be steadily progressing and ensuring that all of the materials are gathered constantly.

Upgrade all the buildings on your land

Another little trick I have found while playing this game is that you don’t always have to complete the quest line in the way that it asks you to. In my opinion it is more efficient for your kingdom to constantly upgrade all of the buildings to the maximum level possible before leveling up your castle.

By doing so it will be easier for you to keep your kingdom balanced and keep all of your buildings up to date. It’s also way easier to complete the quests when you will do so (read more about this down below). 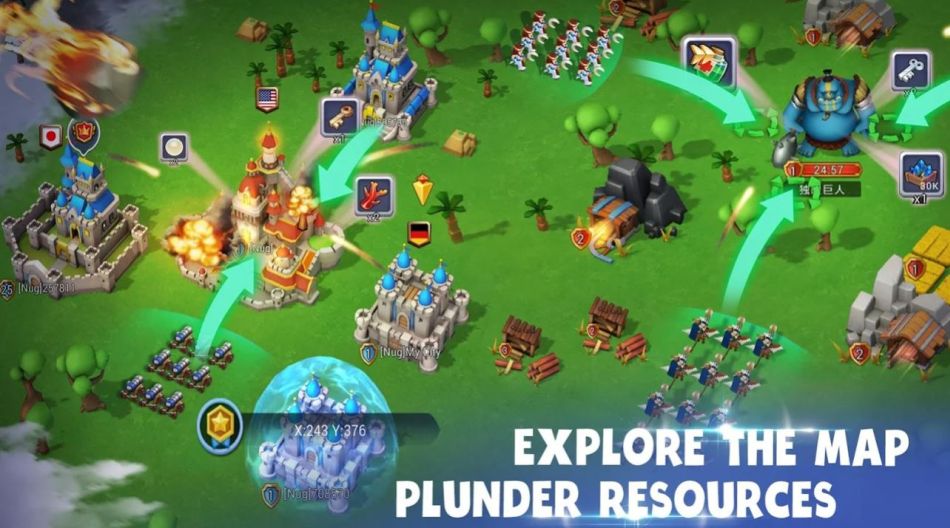 Play the Lucky Wheel and collect other rewards

In the City Hall you will have several options for various rewards. There is a Daily Login bonus, which will reward you for simply logging in to the game every single day, and I strongly suggest that you don’t miss out on this!

The other super useful option is the Lucky Wheel, where you can spin for free every day in hope that you’ll get some cool rewards. Either way, even if you don’t get the rewards you were hoping for, still very useful because you are getting good rewards for free!

This is basically the game’s quest line, which will give you rewards constantly for achieving certain milestones in the game and completing certain tasks. I personally don’t like to follow this quest line step by step, because it often skips on upgrading some buildings and rather focuses on multiple other tasks.

However, if you follow what I have mentioned before and make upgrades constantly, you will find that completing the quests will be much quicker, because you will already have every upgrade done.

Just like in reality, in Epic War: Castle Alliance the College is super important as well. You should always research all the possible tasks there, because they will come in handy more than you think (especially the Construction Speed). 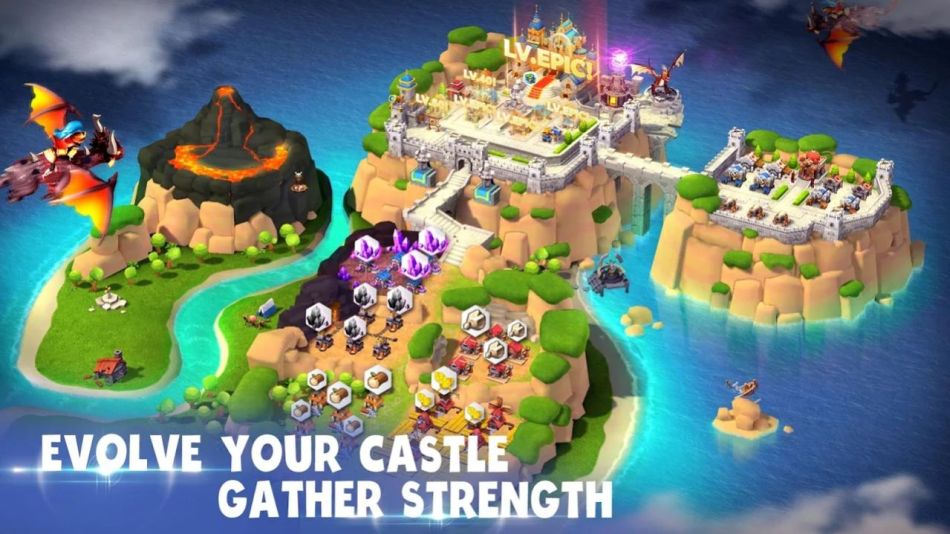 I suggest that you always have the College researching something, because it doesn’t take up workers and you can still build while doing this.

Joining an Alliance is super important in this game, as it will allow you to build much, much faster and also gain more goodies along the way. I suggest that you first build up your city quite a bit (let’s say Castle level 4-5 at least) and then start looking into the available Alliances.

It’s good to take your time finding a good and active one, because the more people are playing (actively) in that guild, the faster you will be able to finish your buildings. That’s very important, because once you have joined in an Alliance, you can help your ally mates build faster and they will help you.

This will also work out very well in the World Map, as you can also have a safer territory to farm if you relocate next to your alliance mates.

So, overall, my suggestion is to take your time finding a good alliance, and if you already have joined one which doesn’t quite satisfy all of your needs because it’s not that active, then leave immediately and start looking for another one. 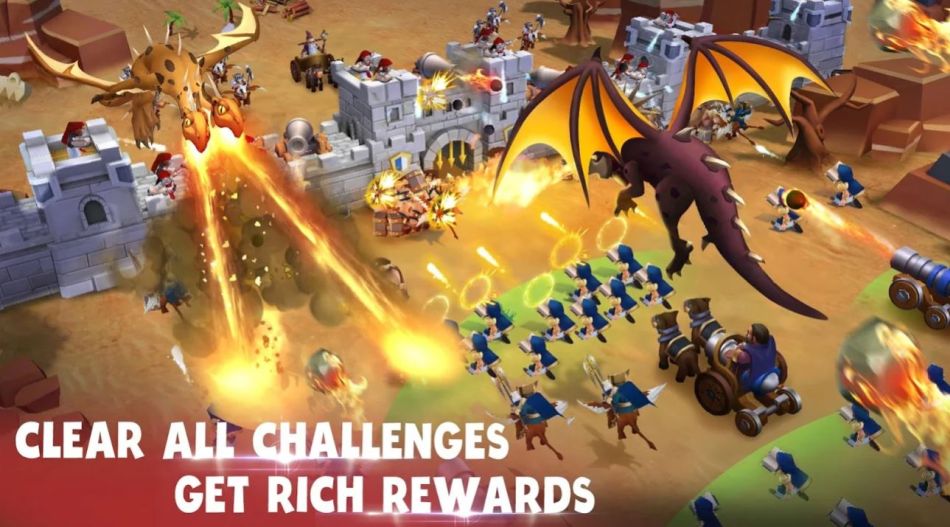 For simply having the game open and playing it, you will receive some cool rewards! You can spot the bulletin board next to the Watchtower, and that’s where you claim those rewards. Whenever they are ready to be collected, you’ll see them on a bubble above the board. Claim them, they’re free!

In the top left corner of the screen you will see your character’s icon. That character is your Lord, and you can speed up the construction speed or even improve the military strength of your troops!

If you open the Talent tab you will have several points to allow, which will boost certain stats of your kingdom. I suggest that you first go for the Develop tab, and skill up Construction Speed. This will help you quite a lot in the long run, and if you have joined a good Alliance, you will finish building and upgrading the buildings in no time!

In the right side of the screen you will have a button called “Challenge”. There you basically have the “battle quest line” of the game, which gets progressively more difficult. Here you will encounter enemy armies which you must defeat in order to get more powerful and progress further. 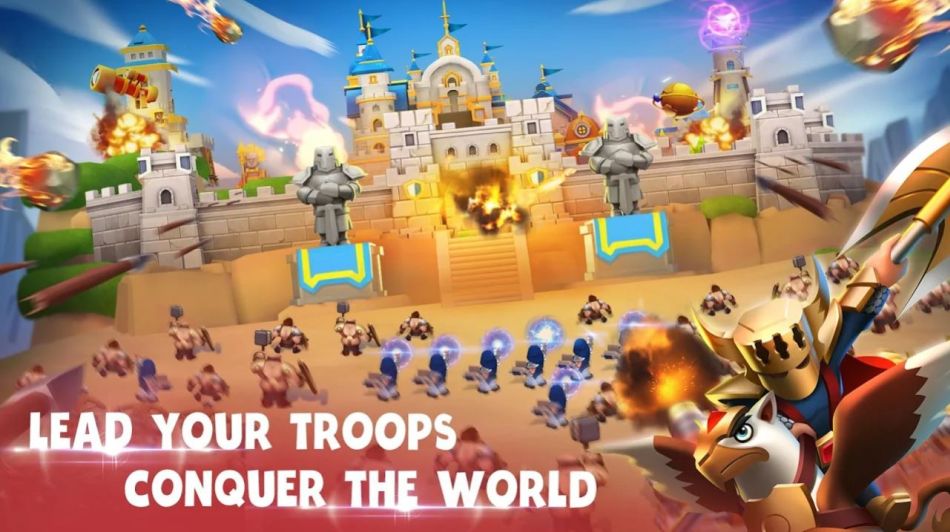 I suggest that you complete this Challenge Mode as much as possible, and constantly train troops to be able to fight here for you. It’s important that you have a strong army, because later on the enemies will get tougher and tougher, and it will be harder to kill them.

This is another reason why you should also focus on the Military side of things and constantly upgrade your troops and kingdom buildings.

Use the Free completions!

When a building has around 10 minutes worth of building time, you will be given an option to finish the building for free! Always take advantage of this because it is free (like I said) and it will cut down on the time you spend upgrading.

These would  be all of our Epic War: Castle Alliance tips and tricks that we have gathered so far! If you know some other cool tips or have more suggestions about the game, leave a comment down below and share them with all of us! 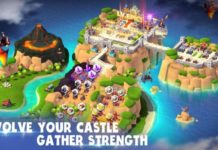 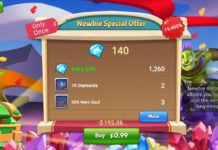 Epic War – Castle Alliance: Newbie Special Offer & Month Card – Are They Worth Getting?