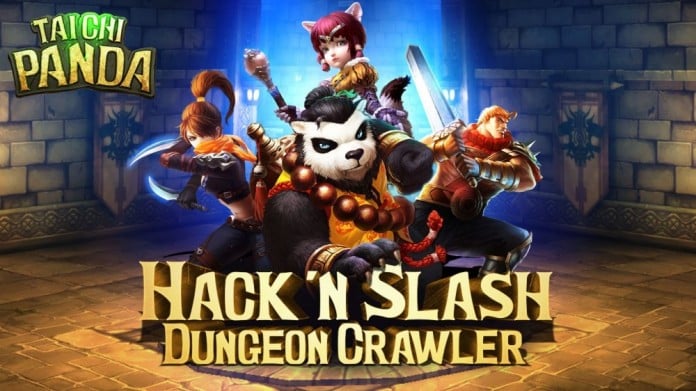 Taichi Panda took the App Store by storm when it launched for fans of the hack’n slash genre and it fortunately kept growing and getting better over time. Right now, Snail Games have just launched a brand new and extremely impressive update for the game, bringing it to version 1.4.0 and adding a host of new goodies that experienced players will adore and new players will dream about.

So let’s take a look at the full list of changes brought in by the latest Taichi Panda update:

1. Increased the number of Storage Slots to 200;
2. Added Top-up Two for One Reset in the Diamond Store;
3. Guilds can now occupy the Relic for six days in Relic Rumble;
4. Characters can now upgrade to Level 100. New battles and Team Instances are available;
5. Tier 6 Ascension is now available;
6. Tier 36 Discovery is now available;
7. Guilds can now upgrade to Level 40;
8. Added two new Bosses in Battle Royale;
9. Fixed the issue where Nezha could not revive in some circumstances;
10. Added Auto-loot to Elite Instances and Decathlon and Quick Loot to Gold and Siderite Instances;
11. Added Decathlon to Hard Mode; The Decathlon Rankings is subject to Hard Mode;
12. Added Super Duel;
13. Added Attribute of Level 175 and Level 200 Equipment Fortification;
14. Added the Watch Duel function to the game;
15. Added a Return Earnings function;
16. Added a Restart function to Battle Instances;
17. Finally! A “Sell All” function in the Backpack.

As you can see, we have all the reasons to call this update Epic: the increased level cap is something that many were waiting for and it’s finally here so you can now take your character to the next level – and take that quite literally! Also, the new Guild upgrades and bonuses should be welcome, as well as the new Storage limit of 200: with so much great content released regularly, we did need more storage space for our goodies.

This update is targeted more at active, veteran players than newcomers – but that makes total sense because they have to keep busy the players who have started the game a while ago, while the newcommers will eventually get to experience all the greatness brought to us by the Taichi Panda version 1.4.0.