Home Guides Epic Summoners Cheats: Tips & Guide to Get Your Winning Team in... 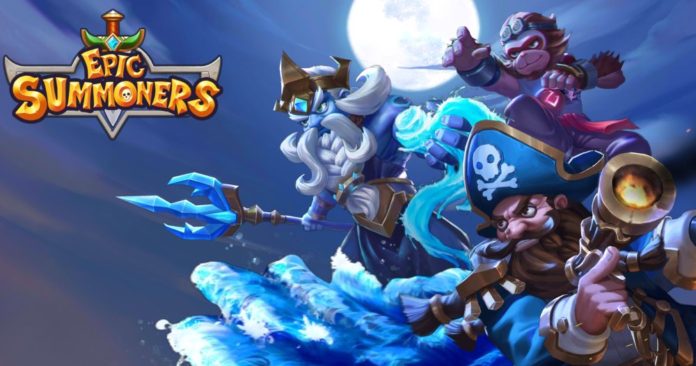 If you’re just getting started in Epic Summoners, our tips and cheats will help you do so on the right foot and help you get those 5-star heroes faster than anybody else. This is mostly a guide for beginners, but more advanced players are invited to check it out as well as they might find some interesting stuff here as well.

Epic Summoners will look very familiar to those playing Idle Heroes or other similar games. But the game has its own personality and offers a fun, rewarding experience. We love playing it and I am sure you love it too. And you also want to get better, so let’s waste no time and let’s check out instead some Epic Summoners cheats and tips below in our complete strategy guide!

Don’t invest too much in your starting heroes
1 and 2 star heroes are worthless in this game and even though you will need to invest a bit in them early on, don’t make it a priority as they will become obsolete after just 1 day of playing Epic Summoners.

Instead, try to focus on your three-star and especially four-star heroes. Also, instead of trying to get one hero to its maximum level, go for leveling up your heroes equally – this will give you a better chance at winning your battles. And always start with your highest star hero first.

Front, middle & back placement
The placement of your heroes in the squad is extremely important as well for one thing alone: the front heroes die first, while the ones at the back last longer.

However, keep your units’ health in mind as well: if a unit you usually keep at the back row has a lot more health than one in the middle, it might be a better idea to switch: the longer your units stay alive, the more damage they deal, so you can always try switching them around to find the best formation.

Always equip your heroes
After every few fights or at least on a daily basis, you should go through your heroes and make sure that they have the best equipment possible.

Usually, it’s enough to simply go from your best to the worst and tap the one key equip – but if you want even more control over the boosts their stats get, you can equip them manually. I stopped doing so after a while and I am really happy with the AI’s choices – just make sure you don’t forget about this!

Collect the Spoils of war
Your heroes auto-battle in any stage you have already completed. Each stage can give you different Spoils of War, and they are shown if you tap the stage in question.

Although it’s usually a good idea to simply go with the latest unlocked stage, if you need a particular item and you want to increase your chances of getting it, choose a stage that might reward it as a spoil of war. Just don’t forget to come back often and collect these spoils, as well as the loot generated by your heroes.

The Fused Quartz & Altar
These two are some very important features in Epic Summoners as they allow you to further improve your squad and get some of the best heroes available in the game.

The Altar is the place that you’ll be spending most of your time, as there you will sacrifice unneeded heroes. You should start with the 1 and 2 star heroes and safely sacrifice them as they are really useless in the game. The more you sacrifice, the better the rewards, so don’t hesitate to wait a bit for getting a full line-up of heroes to sacrifice.

As you progress through the game and you unlock more heroes, you can start sacrificing three and four star heroes, but make sure you really know what you’re doing and that you are not sacrificing the ones you’ll need later on in the game.

The most important thing you’ll need your heroes for is forging amazing ones in the Fused Quartz. This will take some time as very high quality heroes are required – but always keep an eye on that feature and make sure you never sacrifice heroes that will be needed to fuse one of the best in the game, in the Fused Quartz

Complete quests at the Pub
The quests in the Pub should always have heroes working on them. The heroes that are sent on quests can still be used in other battles in the game, meaning that you have no reasons not to always send your best there as long as you can meet the power requirements

How to get rarer heroes
By simply being active in the game, you will eventually start to unlock rarer heroes as well. We’ll have a dedicated guide to this later on, but you should always open chests and go for winning keys when you have the chance, complete in the challenges and score as high as possible in the arena. Logging in daily is also a good idea in order to collect all the bonuses and learn about new events that could reward you with top heroes.

These would be, for now, our tips and tricks for Epic Summoners. If you have other strategies that work, or things to share with fellow players, don’t hesitate to let us know by commenting below. Also, if you have questions, let us know and we’ll do our best to answer them if other players won’t.