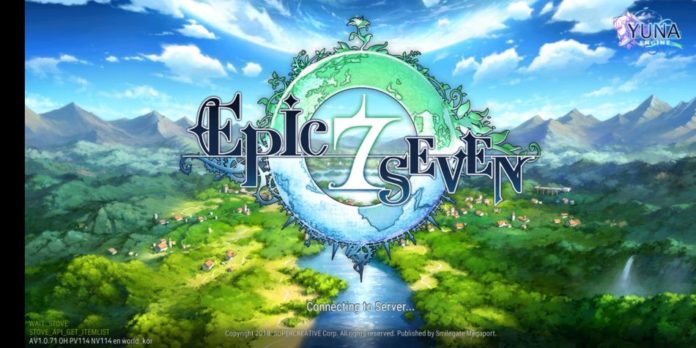 In this gorgeous anime RPG, Epic Seven, you have plenty of things to do, from listening to the compelling narrative, to exploring the dungeons! In this article, however, we want to introduce you to our Epic Seven tips and cheats – a complete guide on how to get the most out of everything you do.

With the game being so vast and plentiful, and with so many things to do, we will not waste any more time praising it, and jump right into the Epic Seven cheats and tips below:

Can you have a puppy in Epic Seven?

As a Guardian, maybe. Since you can have a companion as you right hand, they will assist you in battles and bring powerful skills to the table. They are unique, and some of them quite rare, so collect them and try them out for yourself.

To obtain a Guardian, you can go in the Adventure mode and fight your way to one! They will drop randomly as a playing card, and that will let you add it to your party.

Depending on the enemy you face, the corresponding card will drop. So if you want a slime as a guardian, we won’t judge!

When adventuring through the story, you will often see in the background statues radiating different colors, chests, or any other such random appearance. When you notice them, tap them to reveal what they hide.

The green towers heal you, the chests might give some epic drops, and who knows? Maybe you’ll even find a puppy to join you!

When you battle, you’ll notice your (and your enemy’s attacks) have an elemental icon. To use these at their best, try to counter the element you opponent is using. For that, check this:

To equip or not to equip, that is the question

Equipment is the easiest way to increase your stats. Combat Power is one of the most important in game, so make sure you gear up in order to raise this CP.

Every gear has substats, and the better quality the gear is, the better its substats will be.  For red gears, the substats are all unlocked so every 3 levels they will get an increase.

However, grey gear substats need to be unlocked by leveling up, so every 3 levels you will unlock a new one (up until level 12).

The best way to gear up your characters is according to their traits. If you have a damage dealer, you should look for gears that boost the attack and crit.

The accessories (necklace and ring) you will need for your characters can be acquired from accessory box, and you should definitely look for the good ones because they are very useful.

(wish all the Epic Seven players have)

This game is ALL about the rerolls. Since you can choose (well, with a bit of luck) the characters you want on your team, creating the ultimate team composition is best.

After clearing some stages, the game will offer you a possibility to do a multi-summon (actually, 30 but u can only keep one) of 10 characters and/or artifacts. This is the dream (or the nightmare) if you want only the best.

So, to make things easier, I’ve chosen a few summons that you should keep, depending on your objective.

The characters you want don’t have to be 5 star, but if you get one, carefully consider whether or not you want to keep them or not.

Sez (5*): Sez is definitely the best character if you want a fast damage dealer and clear speed for the PvE.

Ravi (5*): Ravi is a great damage dealer also, and if you want to have it easy, go for Ravi definitely. Both damage and tank in one champion, the dream.

Destina (5*): She’s a healer, she’s great, but there are also a few other lower tiered healers who do the job just as well, so you shouldn’t waste all the rerolls only for Destina (in my opinion).

Rose (4*): If you’re looking to PvP, she’s the one! She’ll shred through the enemy like a hot knife through butter (especially if she has gears).

Some cool combos with these champions that you need to take into consideration are the ones that maximize their potential.

So, for these combos, think about these:

Destina + Sez (the most OP)

To obtain more Gold (and gears) in game, you will need to do the Maze and Labyrinth.

In the Maze, you will find several golden chests that also give gear, and when you open them, and when you finish the Maze for the first time you will also unlock Elson quest.

Spooky as it sounds, it’s an epic feature (some sort of dungeon) that gets progressively harder and costs 1 key to enter.

When you clear a floor it will take you to the next one, and in case you die, (luckily) the progress isn’t lost so you can carry on where you left off next time you enter.

You should do this and clear as floors as you can and come back whenever you get stronger, because the loot it gives it great!

Let’s fight together! (and then you’ll join me)

That’s one of the easier ways of obtaining heroes, but usually they aren’t the ones you are looking for (sadly).

Here, you can check out the guide to unlock more characters, and also if you want to know who’s the best, check out the Epic Seven character tier list!

This concludes our Epic Seven tips and tricks, we hope you will find your way through the acts and chapters and acquire all the best champions in game. If you have any other suggestions for fellow players, leave them down in the comments below!