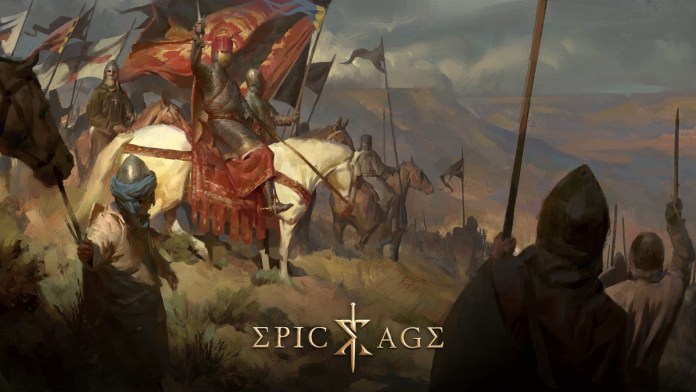 This article is sponsored by Epic Age

One of the things we love about video games is the way they let you take historical figures and pit them against each other.

There are tons of mobile games in which it’s possible to watch characters from history books and encyclopedias going head to head on the battlefield, but Epic Age looks like it could be the one to beat.

Developed by IGG, the strategy powerhouse behind Lords Mobile and Clash of Lords, Epic Age is a stunningly polished take on the genre, featuring a vast array of heroes and real-world locations.

Those locations include the Great Rift Valley, the Suez Canal, and the Alps, while the heroes on offer include Julius Caesar, Joan of Arc, Nefertiti, Alexander the Great, and Leonidas, the famously badass king of Sparta.

Gameplay-wise, Epic Age sees you creating a civilization and trying to carve out a place for yourself on a sprawling world map.

You’ll go up against impressive rival civilizations like the Persians, the Egyptians, the Japanese, and many more.

But don’t let their reputations faze you. Everybody begins Epic Age on an equal footing, with no sneaky VIP options or speed-ups for players with deep pockets. The only way to advance is by winning battles, claiming resource points, and unlocking features over time.

Strategy is the watchword. The only way to build a lasting civilization is to make the right decisions around stuff like resource storage and city management. You’ll even have to appoint a Tax Officer.

Diplomacy is essential, too, and you’ll be able to improve your prospects by joining a guild, outwitting your opponents, and practicing spycraft.

Coming out on top involves much more than just hurling troops at your enemy. You’ll need to target your opponents’ weak points, intercept their reinforcements, encircle them with your allies, and generally conduct your affairs like Leonidas himself. But without dying.

As you can see from the artwork and the trailer above, Epic Age looks gorgeous, with highly detailed, ultra-slick 3D visuals that wouldn’t look out of place on a PC monitor.

The game is available for free on both Google Play and App Store, check it out right now!