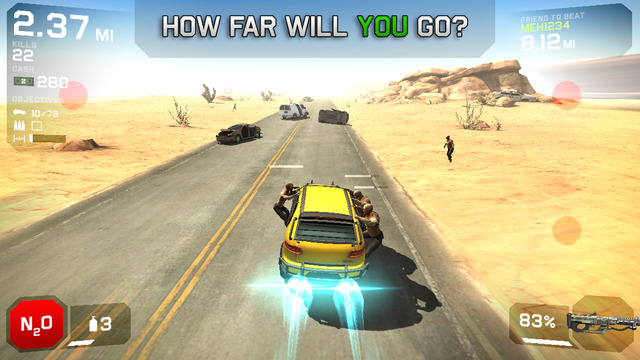 The new Zombie Highway 2 update includes some new weapons that both beginners and advanced players will be able to use. The two beginner weapons are the Pocket Shotgun and the SPA-12Z Shotgun, which can be both purchased for a low amount of money. The weapons are especially useful if you’re just starting out on the game so make sure to try them out if you’re having troubles getting zombies off your vehicle.

The Zombie Highway 2 new advanced weapon is one that those who have been playing the game for a while will surely want to get. The Plasma Cannon is the more powerful weapon currently available in the game but also the more expensive, costing $400.000 and requiring 58 cleared objectives.

The new additions of the Zombie Highway 2 update don’t end here. The game now also include a new Swamp Zombie which can only be encountered in the Swamp area as well as some new Elite objectives that further extend the game’s length by giving players more things to do.