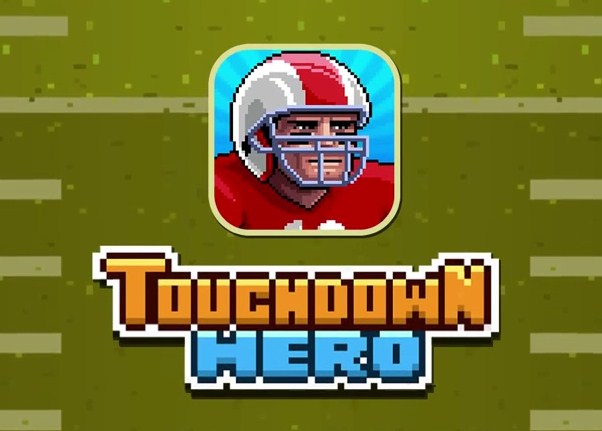 Earlier this year a really interesting football themed endless runner game called Touchdown Hero has been released on the App Store. The game features a rather simple yet fun gameplay experience that manages to keep players entertained enough. If you have liked the original Touchdown Hero, you will be happy to know that Cherrypick Games has recently released its sequel on the App Store.

Touchdown Hero: New Season features the same engaging gameplay experience of its predecessor with a variety of enhancements that vastly improve it such as team customization, which allows players to change the appearance of their team in several different ways, a new Slow Motion system, a new Skill Move system and more. These enhancements have been implemented rather nicely and manage to make the Touchdown Hero experience a little bit more varied.

These aren’t the only new features included in Touchdown Hero: New Season. The interface and handling have been improved, a left-handed and right-handed modes have been added and the game now supports more languages.

Touchdown Hero: New Season is not a game that will be remembered for its innovative features but it will certainly be remembered for the fun it provides. You can check out the game and see how it improves on its predecessor’s formula right now, as the game can be downloaded for free on the App Store.