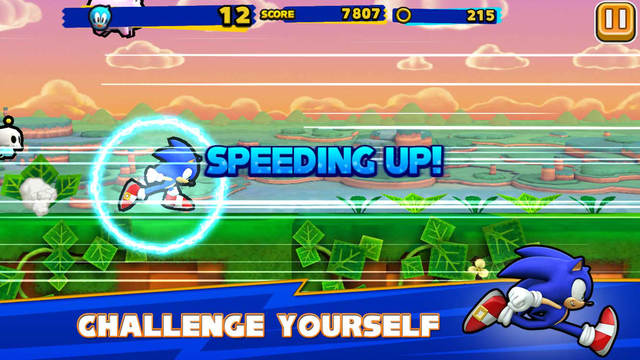 Earlier this week we have reported that a new game starring Sonic the Hedgehog called Sonic Runners was going to be released soon on the App Store. Hedgehog are apparently known for the punctuality, as Sonic and his friends have reached iOS devices in time.

Sonic Runners is an endless runner game where players take control of Sonic the Hedgehog and some of his closest friends such as Tails and Knuckles and try to get as far as possible in each run. Each playable character comes with unique abilities so their differences aren’t merely cosmetic, as in several other endless runner games.

For the rest, Sonic Runners doesn’t play all that differently from other endless runner games. Aside from trying to go as far as possible, players will also have  to collect rings and use them to unlock more content such extra companions who grant a variety of enhancements and more.

Sonic Runners is now available for download on the App Store for free. The game is the first Sonic the Hedgehog mobile title developed by the Sonic Team so make sure to check it out if you’re a fan of the classix Sonic the Hedgehog games.