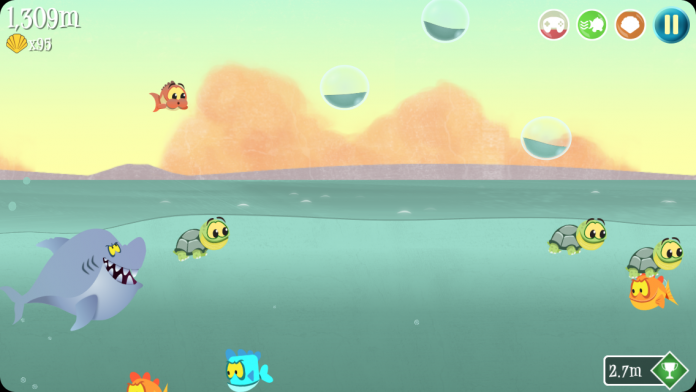 The endless runner game Small Fry, published by Noodlecake, is going to receive a brand new update next week which will bring a new gameplay mode as well as more new features that will make players come back daily to the game.

The new Hyperspace Mode is probably the more important new feature included in the game. During this mode players will have to dodge asteroids while riding a spaceship. This mode adds quite a bit to the game, as a new set of controls are also introduced for the mode, which plays somewhat differently from the main game.

Daily Challenges are also getting added to the game. Objectives will be quite varied, ranging from item collecting, travling a certain distance and much more. These challenges are apparently going to give some reallu nice rewards.

Other changes are also going to be included in the new Small Fry update. Unfortunately these changes have yet to be fully detailed but it looks like they will make the game feel better.

Small Fry is now available on the App Store. The new update will be released on July 16th so make sure to download it as soon as it becomes available to enjoy some nice new features.