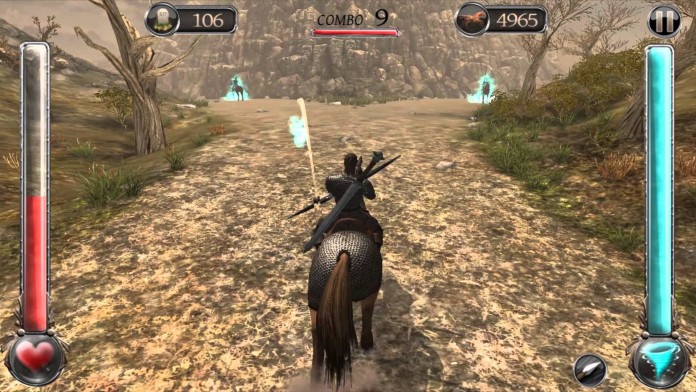 Endless runner games are among the genres that haven’t evolved much in the past few years. While most new games try to introduce a new spin to the formula, no game has managed to revolutionize it. A new endless runner game revealed recently, however, will come with some unique features that might make the whole genre move forward.

The new game is called Arcane Knight, a game where players will be riding a horse and cut down countless enemies as they try to go as far as possible. The game’s first gameplay trailer, which has been made available recently, shows that Arcane Knight is still in a rough state, but also how the team behind it is trying to achieve something different. You can take a look at the enemy slicing experience of Arcane Knight right below.

Arcane Knight is currently in development for iOS devices and a final release date has yet to be confirmed. We will keep you updated on the matter as soon as more comes in on the matter so stay tuned for all the latest news on this interesting endless runner game.