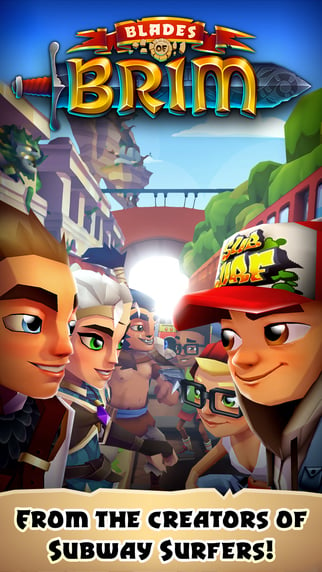 A new quite interesting endless runner game has been released a few hours ago on the App Store, a game featuring some interesting twists in the formula that make it stand out from other similar games.

The new game is called Blades of Brim and it’s been developed by SYBO, the team behind Subway Surfers and other games. In the new game, players will have to keep going as far as they can by avoiding dangers and enemies in true endless runner fashion. What makes Blades of Brim somewhat different from your usual endless runner game are the combat mechanics, which add a bit of variety into the gameplay formula, with players having the possibility of improving the abilities of their characters as well as obtain and equip a variety of items that will allow them to go even more farther.

Blades of Brim is also a really good looking game. The new title from SYBO features a colorful 3D graphical style that makes the experience rather pleasant to the eyes.

Blades of Brim is now available for download on the App Store. The game can be downloaded for free so make sure to check it out if you’re looking for an endless runner game sporting some unique features.