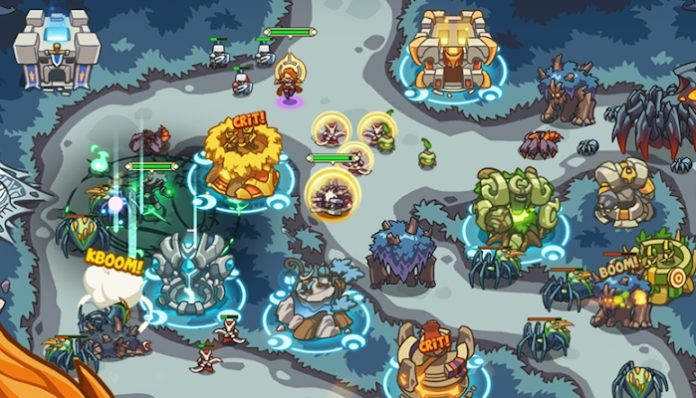 Empire Warriors TD is a great addition to the tower defense genre, and it’ll keep you hook for days. It’s time to liberate Ioria, so let’s get started with our Empire Warriors TD cheats, tips and tricks strategy guide!

Every time a new enemy shows up to the party, a small little box will pop up at the top left corner. If you tap it you can bring up an info pane that shows more details on the enemy. You’ll see their exact stats, but the most important info to take from this is their resistances. 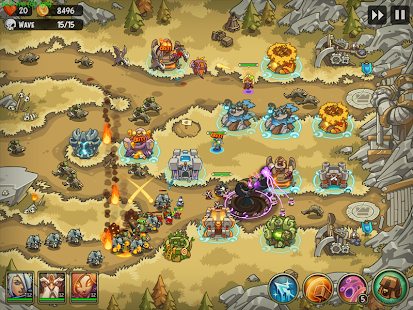 Ever wonder why some enemies aren’t taking as much damage as usual? You may be attacking them with something their resistant to – that’s why it’s important to always check enemy details. Once you know what type of damage they’re more vulnerable to, you can build the appropriate towers.

Look for the choke points!

In most cases you’re going to have to deal with enemies approach from multiple routes at the same time. To get the most out of your towers and heroes, try to center your defenses around the level’s “choke point”.

Look for a spot where the paths intersect – that’s usually the choke point. The advantage to this is that all of your towers will be able to fire on the enemies once they’re right in the middle!

The bottom line is that you want your towers to get as much coverage as possible, and with your towers overlapping each other you should be able to take down enemies with relative ease.

Do the Heroes Trial each day!

The “Heroes Trial” mode is a special mode that can only be completed once a day. In this mode, you’ll play on a fixed level with a bonus objective. If you manage to beat the level and fulfill the bonus objective, you’ll earn a bunch of gems. Heroes Trial is one of the best ways to earn gems, so make sure to do it every day! 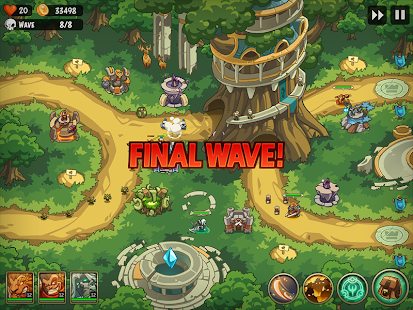 Side note: all tower upgrades are unlocked in this mode even if you haven’t unlocked them in the main campaign, meaning that you can get really specific with your strategies if you want to!

Upgrade the Crystal Mine!

Crystals are the purple gem currency. You’ll need crystals for gear enhancing and composing, so it’s important to stockpile as much of it as you can. Your Crystal Mine produces, by default, one crystal every hour, and it can hold a maximum of ten crystals. This isn’t much, but considering how slow it collects, you can come back every now and then to collect them.

To speed things up a bit, we recommend saving 200 gems so that you can buy the level 2 upgrade. This ups the production rate to two crystals an hour, and the maximum storage to 25.

Power up your heroes!

Your heroes are the main force in your tower defense, so make good use of them! Their active skills can potentially save the day, but keep in mind that some of them have long cooldowns, so if you’re going to use a skill make it count!

But most importantly don’t forget to train new skills for them, as that is their main method of getting stronger. Passive skills make the hero permanently better!

Don’t forget about runes too. Runes boost a hero’s stats, and they can even reduce cooldown times. If you have multiple lesser runes, be sure to compose them into a stronger rune.

That’s all for Empire Warriors TD! If you have any other tips or tricks to share, let us know in the comments below!