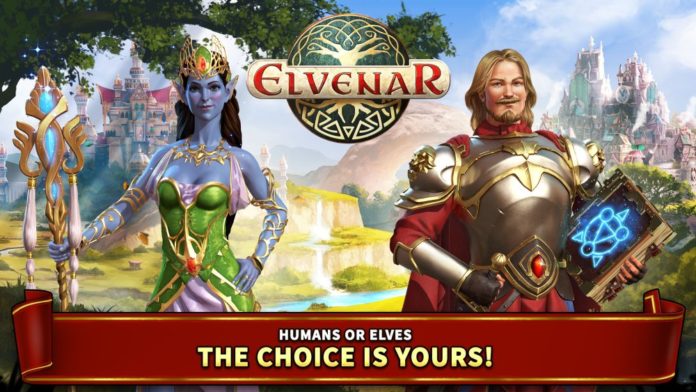 Have you just started playing this awesome game and you’re looking for some Elvenar cheats and tips? Or maybe you’re already a veteran player who would like to improve their game even further? Search no more as our Elvenar strategy guide will tell you everything you need to know about this great title that was just released for mobile.

Elvenar is a time management / city building game to my liking. There is no fighting involved (at least no PvP that regular empire builders deliver), although there is social interaction and such. It’s perfect for a casual experience and I was actually looking for such a game. One that you can play at your own pace, without worrying that you run the risk of becoming a farming target for an overpowered, more active player.

If you feel the same, then you will surely love Elvenar too. But now let’s stop the praise and let’s move on to check out some Elvenar tips and tricks below to help you bring your kingdom to glory!

What to choose – elves or humans?
You’ll probably be surprised to find out that it doesn’t really matter. The differences between the two available races in the game are cosmetic only (meaning that your empire will look differently). But apart from that, there are no racial bonuses involved or anything of the kids. So simply choose the one that you like the most based on the design of their buildings or personal preference.

Follow the quest line
The best way to ensure that you have a constant flow of resources and build up your empire without lacking any essential buildings is by following the missions. Build and upgrade accordingly and make it your main goal to always complete the missions first.

Upgrade and build constantly
However, if you are very active, you will get ahead in terms of new buildings unlocked and which you can build. If that’s the case, I recommend building them as soon as you get them because new buildings mean new resources for you to produce or new bonuses to gain. So always build new buildings that you unlock through research and put them to work!

Also, build culture buildings constantly because you need that for buildings to run smoothly and as a culture bonus to keep getting to new levels and do better in the game.

Finally, don’t forget to upgrade your buildings. These cost a lot and take a lot of time, but are extremely important because upgraded structures produce a lot more resources or train troops faster than lower level ones. 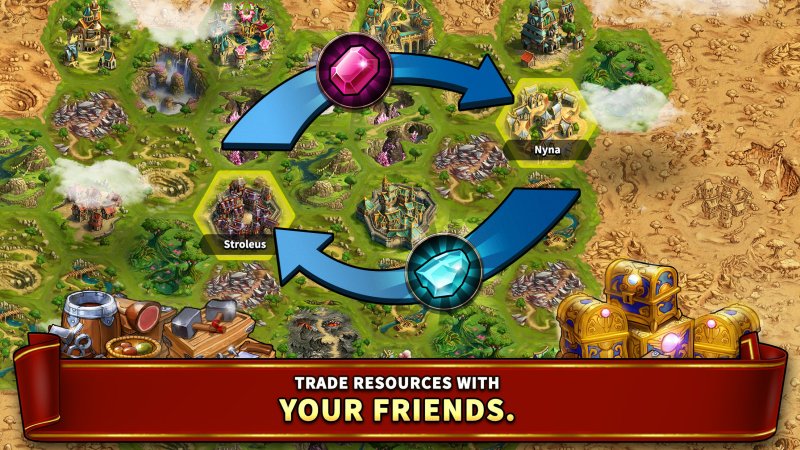 Being part of a fellowship is extremely important too. Once you join a fellowship you can trade resources with other players without paying a fee and you can also get and receive help from them. Send requests to as many as possible, focusing on those with more members – because active members means better chances for you to progress faster!

Micromanage space carefully
The space available in your empire will always be somewhat limited, so you will have to micromanage it carefully. Don’t overdo it with roads and create a space for the buildings that don’t need them.

Although not insanely beautiful, cramming the Cultural buildings and all those that don’t need roads to operate together saves you a lot of space and allows you to build a lot more in order to keep your town running in tip top shape.

Negotiate vs attack
Sometimes it’s better to attack new provinces, sometimes it’s better to negotiate. I always look at the requirements for negotiation first: if it’s just a bit of regular money and tools, then I usually take it because it’s easy to get both money and tools. But if they’re starting to ask for ridiculous amounts and/or special resources, I consider attacking and I recommend you to do so.

Early on, you won’t have a ton of troops or spots to attack, but you won’t need them either. What needs to be known is that each new unit you send to battle will reduce your total strength by 1. This means that, with consecutive attacks, your troops get weaker and weaker and you’ll have to train more. This is why it’s good not to go on an all-attack mindset as it won’t work forever, or at least you will have to take a break eventually in order to fill up their strength again.

I also believe that the type of troops that you send in battle is important. So look at the troops that you’re facing and send troops that would be powerful against them. And have in mind that you have to win the battles in one try: defeated enemies get their health replenished, so it won’t work to attack multiple times in order to weaken an enemy, then destroy them.

Research constantly
And get ahead of schedule. Even if the missions start ignoring the research relatively fast, you should always invest new points in unlocking new techs and buildings. Once you get past the first set of researches, you start getting more options – always focus on those that give you immediate benefits – at least this is what I did and I was really happy with my approach and progress.

If you really need research points and you don’t want to wait, you can also spend in-game currency (regular coins) in order to purchase some. However, I see no reason for you to do that as waiting is just as good as it gets and you can put those coins to better use elsewhere.

These would be our tips and tricks for Elvenar. Do you have any other advice or potential strategies for fellow players? Let us all know by sharing your comments below!