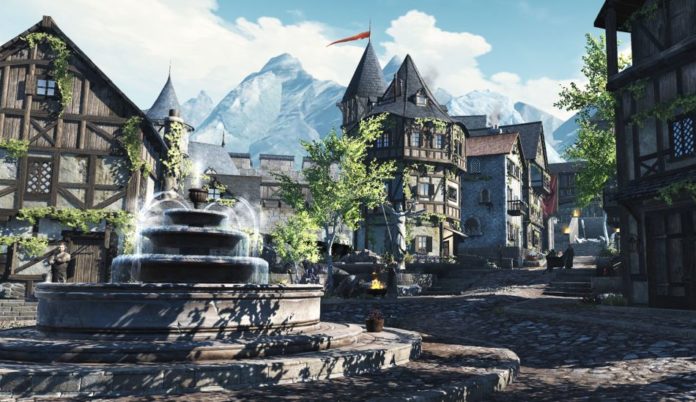 Bethesda’s massive RPG for mobile, Elder Scrolls: Blades, is finally here and the game is much better than I had personally anticipated. And if you’re thinking the same – and you want to make sure that you start on the right foot and don’t take an arrow to the knee instead, we have some Elder Scrolls: Blades cheats and tips in our complete strategy guide here.

This guide will cover all the basics and help you build up the city faster, but also create an amazing character and make sure that you get everything that this amazing game has to offer. And fortunately, the level of depth here is pretty much amazing, so we’ll have a lot to talk about.

So let’s not waste a single second and instead let’s check out below our complete set of Elder Scrolls: Blades tips and tricks.

What race to choose?
In Blades, you can choose any of the traditional races from the Elder Scrolls franchise, each coming with its own set on bonuses that you can take advantage of based on your style of play. 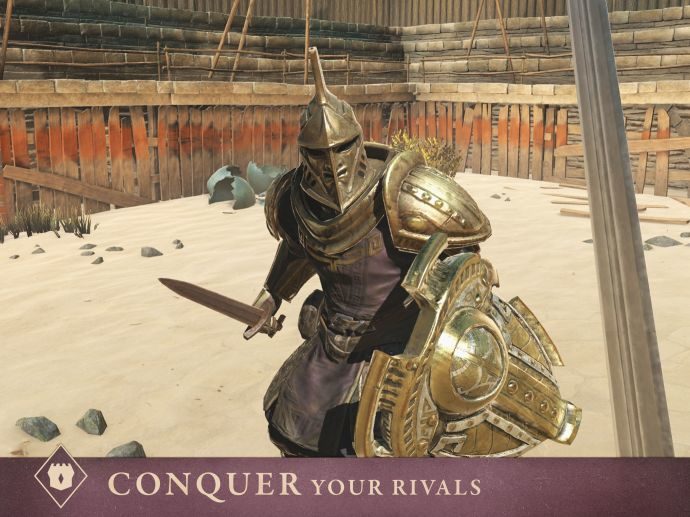 We’ll have an article about the races published soon, but until then I would like to say that even though some races can be considered better than the others, it really depends on the type of game you want to play.

So, for example, if you don’t really plan to focus on spell casting, choosing Dark Elf might be a bad idea. Also, if you’re planning to equip heavy weapons, choosing an Argonian would make no sense.

The good thing about Elder Scrolls: Blades is that you can change your race, for free, by talking to Theodor Gorlash in the town. So if you made a choice that you’re not too happy about, you can instantly change it by paying no fee.

Learn to block, then hit your opponent
As you will spend most of your time in the game fighting other creatures, you have to master some important combat-related things:

– Blocking is extremely important as it won’t only protect you from receiving more damage, but it can also stun your opponent and make them an easy target for a hit or two.

– Attacking with your sword is equally important, as you deal more damage by doing it right and you can even start combos. We’ll talk more about the latter below.

– Using your spells or skills is the third thing you have to consider when fighting. Using them at the right time can really help a lot, so make sure that you constantly keep an eye on your equipped skills / spells and use them to gain an advantage. 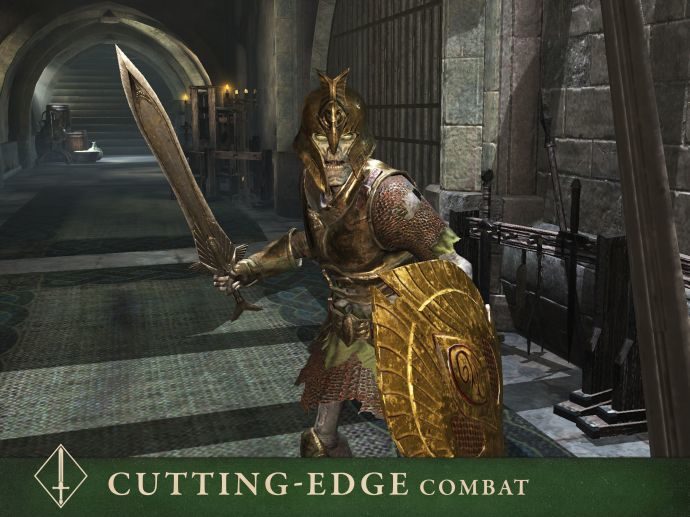 Finally, although fighting is pretty much straightforward after you learn the basics, it’s worth noting that animals are somewhat harder to deal with as you can only attack them with a weapon when they jump towards you (otherwise they’re too far away) and that you should also keep an eye on your opponents and never try to attack them when they’re blocking (as you will be the one that gets stunned).

How to perform combos
Combos are really easy to pull out in TESB and you should constantly try to get them for the bonus damage that they deal.

Spells, Perks and Abilities
There are three skill trees that you can invest points that you gain from leveling up in the game: you have the active type of skills like Abilities and Spells, and the passive ones – Perks.

Although you should clearly specialize and focus on either Abilities or Spells (since skill points are difficult to get), my recommendation is that no matter which of the two you choose to focus on, you should still have at least one unlocked from the other tree in order to have more options in battle.

For example, if your main focus is the Spells tree, get the Dodging Strike from the Abilities one. If you’re focusing on the other, unlock the Absorb spell as it will help you heal your character.

The Perks should be unlocked every now and then, also making sure that you choose the path that your main active skill tree follows: to the left you have the spell-related passives and to the right, the combat/abilities perks. 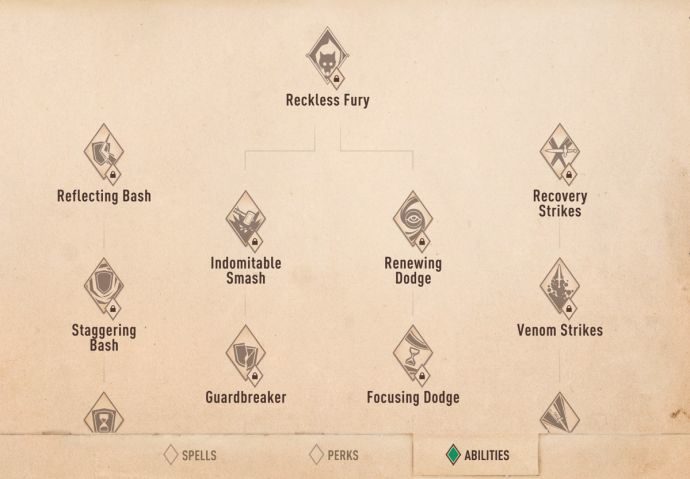 Always work on opening chests
Although some people hate them, chests are part of free to play games nowadays and Elder Scrolls Blades has them as well. Therefore, make sure that you constantly work on unlocking them.

Always start with the ones that take the shortest time to unlock: the wooden chests which can be opened in 5 seconds and then work on the ones that need more time.

My recommendation is to keep an eye on the number of chests you have collected and the maximum numbers allowed and stop completing missions that give you chests as rewards if they are maxed out.

Take advantage of this offer and upgrade each at least once in order to have an easier life when it comes to managing your inventory and especially the chests. 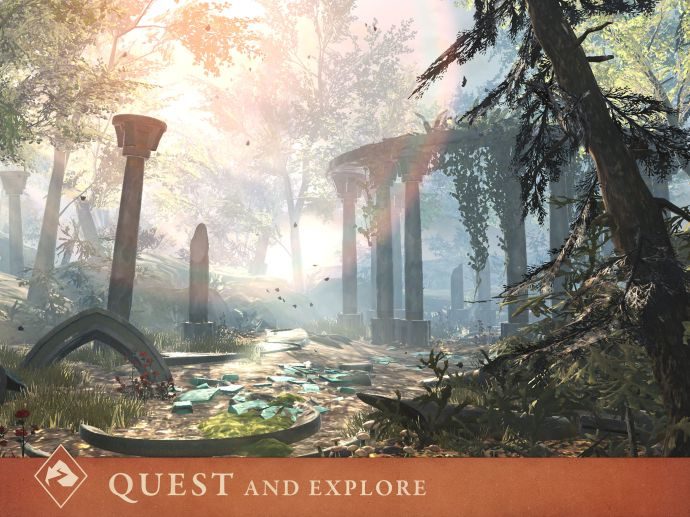 Pick up all available missions, complete them as you wish
Make sure to always roam around the city and talk to all the people that have an exclamation mark above their head. This means that they have a mission for you!

The good thing is that these missions or quests can be completed in any order you want. This is why I recommend hoarding as many as possible first, then start working on those that give you the rewards you want and/or match the difficulty rating you’re after.

Remember: there is no “correct” order in which you should complete these Quests. Just do them in the order you prefer!

Complete Challenges and Jobs
Challenges are refreshed hourly and are basically minor missions that require you to perform a specific number of a specific action in the game, usually during fights. These are a nice way to get some extra loot, so make sure to keep an eye on them at all times.

Jobs, on the other hand, are additional Quests that are not directly related to the main story line, but which have some nice rewards in store for you as well. Some of these jobs have a time limit, and I would recommend completing them first as you don’t want to lose potential rewards in this game!

Then, if there’s nothing else that can be done or that you want to do, do the other jobs available on the board. 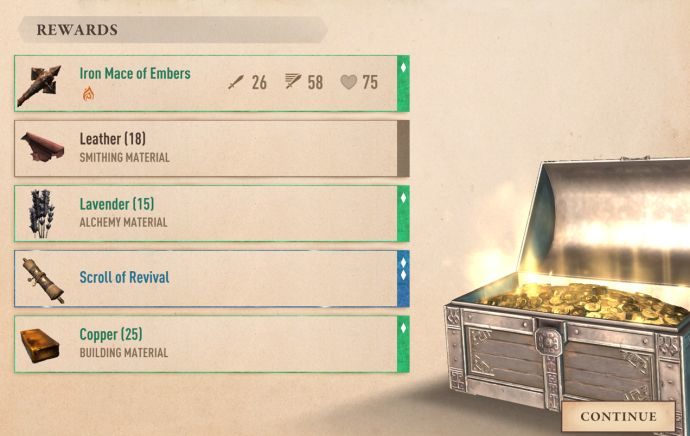 Tap all things shiny
When exploring the dungeons, make sure that you take your time to explore every nook and cranny in order to collect all the potential loot in the game. From secret rooms to chests and various items that will help you develop your character faster, each dungeon has a fair amount of items that you should collect.

Items that can be collected are outlined and shiny, so you can’t miss them, but sometimes they are hidden behind obstacles or other items. This means that every now and then, when in a new area, it won’t hurt to simply rotate your view and scan the area for items you can collect. And make sure you get them all!

Take advantage of the Abyss Goodies
The Abyss is an endless dungeon with increasingly difficult enemies and top rewards awaiting for you there. The deeper you get in one run, the better your rewards.

The Abyss is a time consuming beast, as its progress resets if you leave it – but you can leave the game and return to carry on playing the Abyss if you want to.

No matter what method you choose, try to visit the Abyss as often as possible and go as deep as possible, because you get top rewards from there. Don’t use any important items there (like healing potions, for example): you can do the Abyss over and over again, but the potions are hard to come by!

Use the smithy constantly
All your equipped items, be them weapons or armor, have a durability that goes down every time you fight. But the blacksmith can help you with that by repairing your items.

This costs gold and isn’t cheap – but it’s better than not having an item to lose at all. So make sure that you’re constantly visiting the blacksmith to check the durability of the items you have equipped and repair them as needed.

Also, if you’re just starting to play the game, don’t rush to keep crafting items and spending resources there. You will quickly go up the levels early on and you will end up with many weapons on your hand, so you will have a bunch of free options on hand. Keep the resources for when you reach higher levels and you have access to truly exceptional items.

Build the city as you wish
Finally, since you have a city to rebuild in Elder Scrolls Blades, there’s one important thing that you should remember: most structures can be placed anywhere on the map, as long as there’s a ruin there.

This means that you don’t have to build the blacksmith at the place behind the Blacksmith when you first talk to him after saving him, nor are you forced to build most of the other buildings in a pre-set location. Build wherever you want and make the city truly unique and your own!

This would be it, for now, in terms of Elder Scrolls: Blades. Please have in mind that this article was written based on early access gameplay. Also, since the game is so massive, we’ll be updating the guide with more tips and tricks as we get even more hours of play time under our belt. We’ll also publish additional articles to fully detail some of the other features, so make sure to check back often if you need more advice.

Also, if you have some tips and tricks for fellow Elder Scrolls: Blades players, don’t hesitate to share them with us in the comment section below.