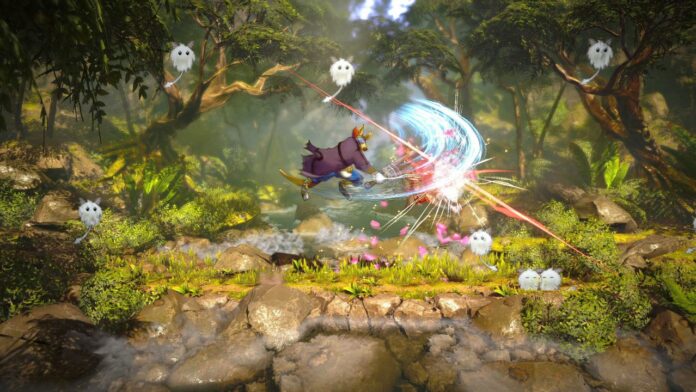 While younger players may have never heard of it, the Suikoden series is still considered among the finest Japanese role-playing game series ever made. The five main entries in the series by Konami took place in a very complex world, and the stories that did take place in it were all extremely moving.

With series creator Yoshitaka Murayama having left Konami years ago, it’s very unlikely that a new Suikoden game will ever be released. Fans, however, have Eiyuden Chronicle: Hundred Heroes to look forward to, a new game by the Suikoden creator that will feel and play a lot like the classic entries in the series.

A prequel adventure to this game, Eiyuden Chronicle: Rising, is now available on Nintendo Switch, Steam Deck, and other consoles. Here’s how long it takes to beat this game.

Those who just want to enjoy the game’s main story won’t have to spend a lot of time with the game, as it takes around 10 hours to complete all of the main quests. Eiyuden Chronicle: Rising, however, has plenty of side content for players to sink their teeth into, and if they decide to do so, they are looking at a 15, 20 hours total playtime, depending on how quickly you can complete the many sidequests of the game. The world of Eiyuden Chronicle: Rising is extremely beautiful, so you will probably want to continue playing the game even after you are done with the main quest to experience more of it.