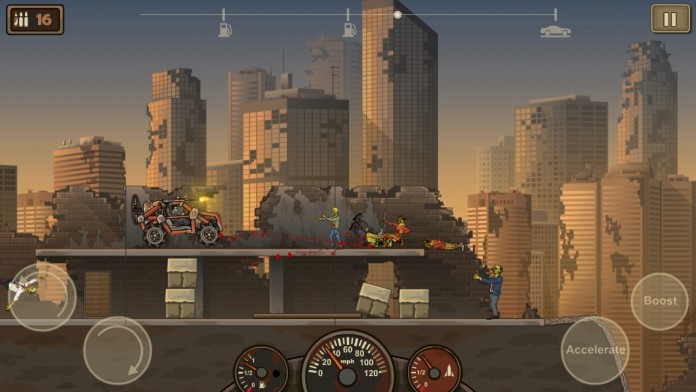 Earn To Die 2, the fast paced over the top action game developed by Toffee Games, has finally received a released date.

The game’s publisher Not Doppler has confirmed that the game will be released on the App Store globally this Thursday, November 20th, for the price of $1.99. A really good price if flattening zombies on the ground with a car is the thing you crave most lately.

Earn To Die 2 is the sequel to the original Earn To Die, featuring a similar gameplay experience, enhanced with some new features, and a new setting. Unlike the original game, which featured a desert setting, Earn To Die 2 will feature some city stages offering more interesting gameplay features like multiple levels and more. Among the new features of Earn To Die 2 are an improved and longer Story Mode and ten new vehicles that actually get damaged when hitting zombies, adding more depth to the overall experience.

Earn To Die 2 will be released on the App Store later this week in all regions. The game seems like a quite fun ride so make sure to check it out if you’re looking for a fast paced action game to play on the go.