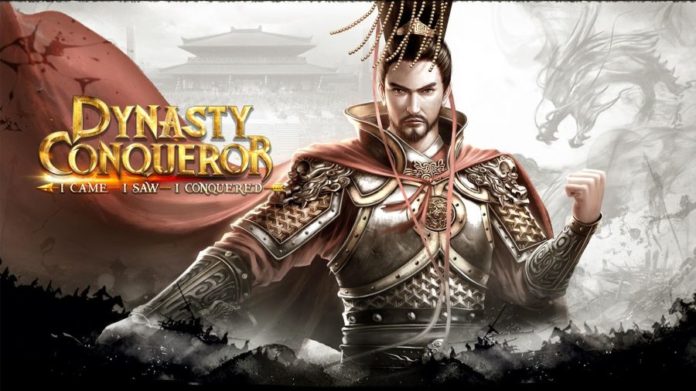 If you ever wondered how it was back in Han Dynasty, how all the emperors ruled back in the day or you simply want to manage an empire, you can do just that in Dynasty Conqueror! But to be the best, you need the best adviser, and we’re here to deliver that with our Dynasty Conqueror strategy guide!

So choose wisely, and follow our best Dynasty Conqueror tips and tricks to build a great empire!

Since you don’t have to build everything from scratch (thankfully) and you already kinda have an empire, you need to work on it! The best thing you could do is upgrade the buildings, and making sure they are all on max level.

That will help you in every situation, from getting better troops on the battlefield to gaining more resources. That’s a must-do you should keep in mind always! Also, the Grand Hall should always be maxed out! But before you get it to the next available level, make sure you always level up all the other buildings because it will make it much easier for you in the future.

When you can explore the world, try to look for chests. Dispatch a troop to find you chests and open them and that will give you lots and lots of exp, fame and other goodies. It’s a very good way of leveling up when you want to do so and it’s also fun exploring the HUGE map. 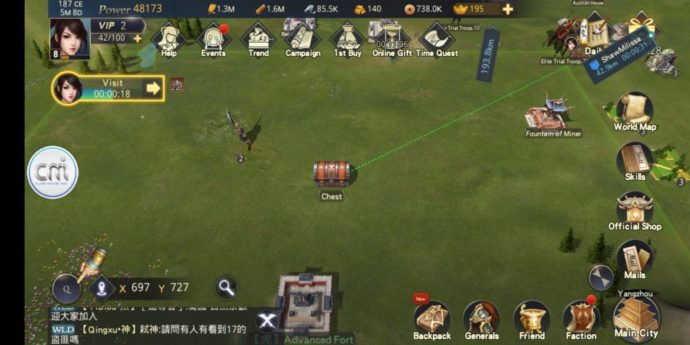 When you open your quest log, you will often see a bunch of quests that you can go on, and you should definitely do it. The rewards are plentiful and you get a lot of exp. At start most quests rely on you building up your land and getting all buildings up and going, but you can’t always upgrade them fast, so when that happens, do other quests! 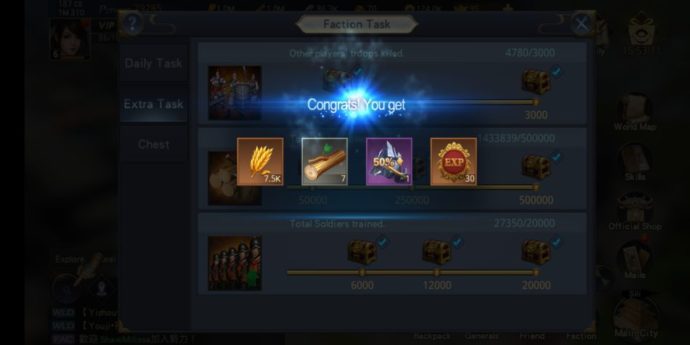 One thing I strongly suggest you should do every day, is the daily quests. They provide a source of materials and generally very good rewards, but since they are available once a day only, you should do them as soon as you log in because they will reset once the in-game day resets, so you don’t want to miss them.

In Dynasty Conqueror, factions are like guilds. You should join one as soon as you can to maximize the rewards you get and advance even faster. It is very important that your faction is active and good, because the rewards improve (and better rewards is what we’re aiming for). 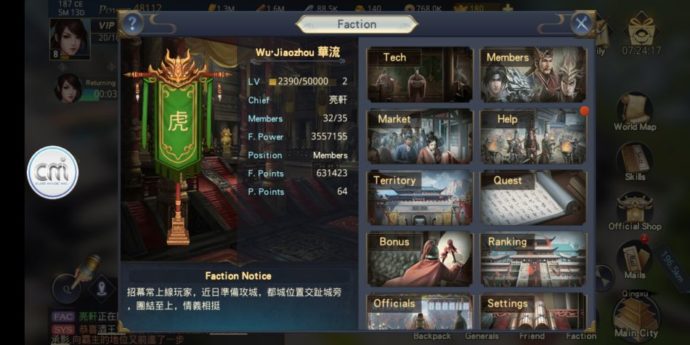 Here, you can contribute to help the guild rank up faster and (my favorite thing) open chests! Every day you can head on to the Quest tab and open 8 chests. They take time and require help, but that’s why you need an active faction!

You can go recruit generals, and that’s a thing you should definitely do. The better trained they are, the better job they will do in winning fights. To do that, you need to explore bigger cities and you can either ask them with a gift or nicely ask (I suggest asking with a gift), and they will gladly join you! 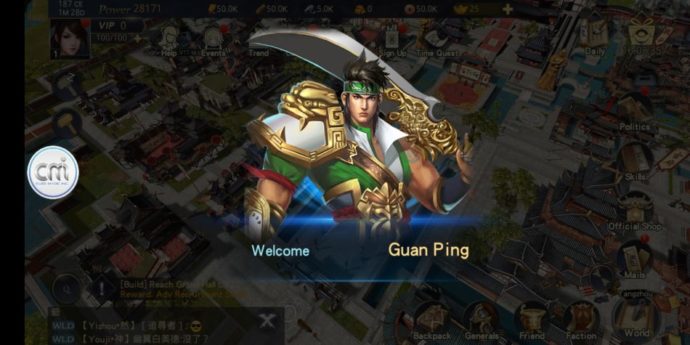 It’s never bad to have “too many” generals, because as you level up, the number of generals you can dispatch increases so you’ll always need a spare general to send out and fight for you. Also, don’t forget to level them up!

As you raid those chests and whatnot and as you complete quests, items will start piling up. You should keep an eye out on your backpack and you might find some extra loot that will save your day when you thought you ran out of resources!

For example, if you go exploring a lot you are going to need AP points. Even if they replenish with time, it takes quite a while, but if you check your bag you might find some extra stuff you haven’t noticed before which you can use to even triple the AP points you got! 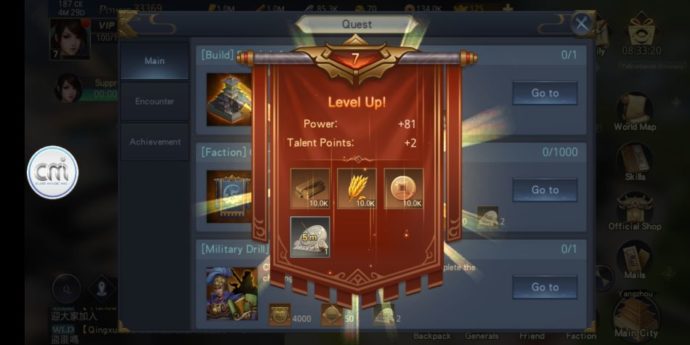 Not only that, but lots of boosts (speed boosts, attack boosts, etc) might be there which will make your exploration so much easier.

When you want to advance your troops to be even more powerful, just a mighty general will not do. You will have to upgrade your Barracks and then train the troops. Those require a certain level of Grand Hall, but in time (and with some boosts if needed) you can do them really quick! 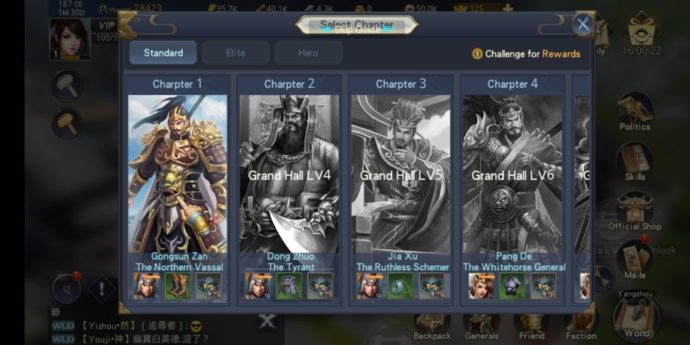 I suggest investing into the Archer Barracks and training those archers one by one, because they will demolish the enemies in no time. Ranged attacks will be better because they get to the enemy infantry before they can reach you.

As soon as you appoint a few members as advisers and secretaries, you will be able to acquire more loot from researching politics, thus climbing the social hierarchy. It’s good when you want to be the strongest governor ever!

It doesn’t really matter who is you secretary, but I suggest having the strongest fighters appointed as Generals, while the weaker ones could fill in the Secretary or Adviser seats.

Therefore, to become the best emperor of the Han Dynasty in Dynasty Conqueror it is a must that you have both power on the battlefield and in politics, while also maintaining a strong city.

In conclusion, my tips for making the most of you reign is to first focus on upgrading your buildings and troops, and when you have some spare time (for example a building is upgrading) you should go explore (and keep an eye out for the Chests!).

That’s all the Dynasty Conqueror tips and tricks we have for now, we hope you will have a long and prosperous reign following them and if you have any other suggestions for fellow players, leave them down in the comments!