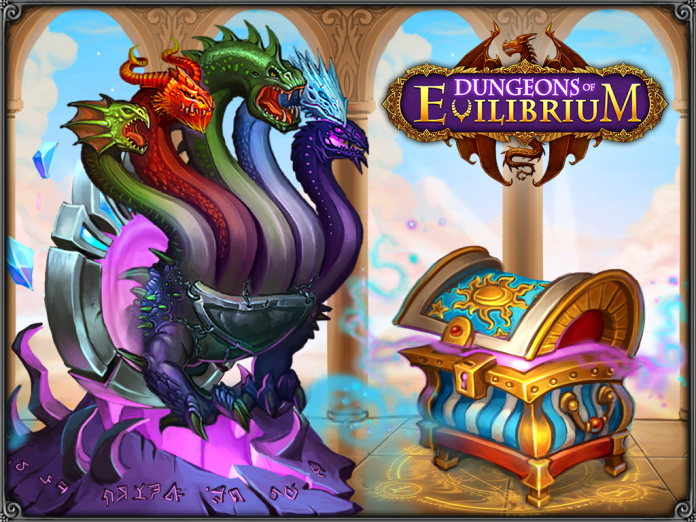 Dungeons Of Evilibrium is a dungeon crawling game that sports a gameplay experience that’s slightly different from the other gamers of the same genre available for iOS devices.

Unlike theese other games, Dungeons Of Evilibrium features a more open ended gameplay experience, leaving gamers the freedom to choose which dungeon they want to explore. The choice is quite big in the game, since you will have a total of 120 dungeons to explore and complete, divided into sic different sets.

For the rest, you can expect to fight monsters, catch and collect them and make them so powerful that you will be able to defeat the six final bosses without a problem.

If you cannot manage to defeat these bosses or simply want to learn more about the game, you have to the right place. Or dungeon, depending on how you view things. Here are some handy tips for Dungeons Of Evilibrium that will make going through the game a bit easier than before.

Being an open-ended game, the dungeons’ structure is pretty much the same. All the first floors of each dungeon are pretty easy, while later ones are considerably more difficult. If you’re stuck in a high number floor, you can choose to change dungeon and explore easier floors. This will allow you to earn new cards and coins, thus making your life a bit easier. If you don’t have any intention to grind and possess good amounts of coins, you can choose to use battle boosts. Each boost costs 100 coins and increases your defense by 50%.

As we mentioned already, going back to earlier floors will allow you to get more experience points, cards and coins. Grinding is most of the times a necessity, since it’s the only way to overcome some of the thoughest challenges of the game. Reaching certain levels is also going to allow you to do something else: once at level 20, you will be able to use three cards, at 40 four, at 60 five and at 80 six. So get ready to grind quite a bit to expand your team.

Evolving cards is one of the most important elements of the game, as it’s usually the thing that will make you victorious during the thoughest battles. Unfortunately you can only boost them with coins, so some grinding will be in order. To make grinding a bit faster, avoiding spending coins on battle boosts and complete quest to earn a few extra coins to use in enhancing cards.