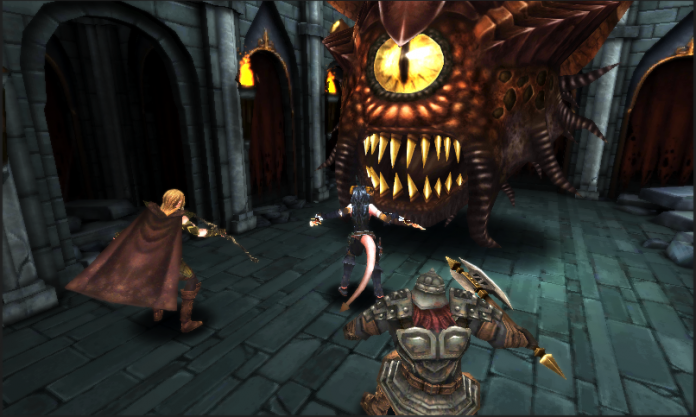 A new free to play game is now available for download from the App Store. If you’re looking for a Dungeons And Dragons game that’s easy to pick up and play but at the same time offers a good degree of depth, you may want to take a look at Dungeons & Dragons: Arena of War.

Dungeons & Dragons: Arena of War is probably quite far from what one might expect out of a Dungeons And Dragons games. In Arena Of War you will be fighting against multiple enemies to stop them from spreading the power and influence of the Dark God.

As we said before, the game offers a decent amount of depth. In true Dungeons And Dragons fashion, you will be able to accept an complete quests and level up your characters. More complicated Dungeon And Dragons features haven’t been included in the game so you can just hack away without having to worry about character alignment and such. It’s definitely not the game to get if you’re looking for a deep experience but it serves its purpose.

Arena Of War is also part of The Sundering Storyline, meaning that players will be able to determine the outcome of The Sundering and the future of the Forgotten Realms. One more reason to pick up the game if you’re a fan of Dungeons And Dragons.