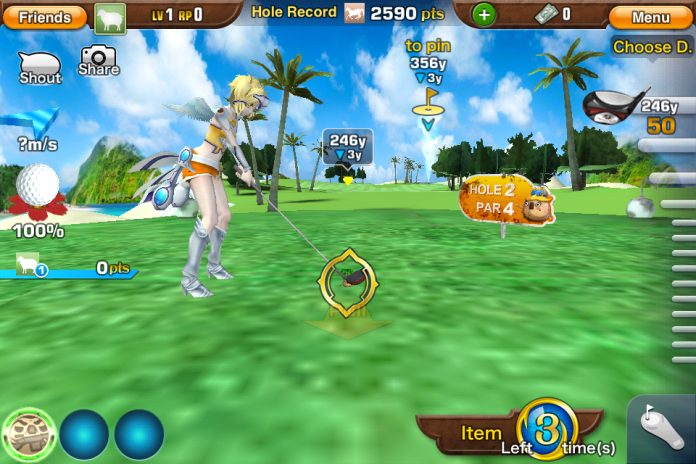 In the past few years, there have been some attempts in merging role playing games with genres that have very little in common with them. Square Enix was one of the first ones to try something like this by releasing a racing/tole playing game hybrid on the original PlayStation that never made it out of Japan. Most likely because the mix didn’t really work as hoped.

If you thought that mixing racing games and RPGS is strange, you’ll definitely be amazed at what AppBankGames has created: a combination between a golf game and a role playing game.

In Dungeons and Golf you will be taking control of one of ten heroes who have to help tiny aliens called Golfys reaching the Auroras. Helping these beings actually means hitting them with golf clubs just to get them inside holes.

Dungeons And Golf also features several gameplay elements taken from role playing games like special abilities, customization, equipment pieces and more. There are no dungeons in the game, though, so don’t expect to obtain some ultra rare golf club after whacking everything in sight with a less than rare unconventional weapon.

Dungeons And Golf is now available for download on the App Store. The game’s pretty whacky and might not be everyone’s cup of tea. However, with the game being free, there’s no reason to not give it a spin to see if it’s any good.

Dungeons And Golf Now Available On The App Store