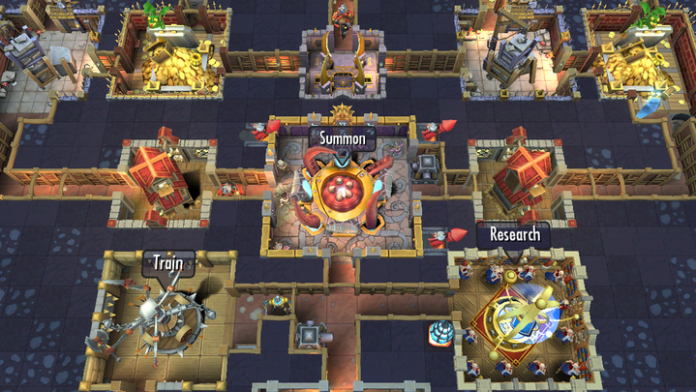 Developer Mythic Entertainment is setting out to redefine the classic Dungeon Keeper formula and bring their new remake to iOS devices before the year is out.

For those who may not be entirely familiar with Dungeon Keeper, the original game was a 1997 cult classic developed by Bullfrog Productions in collaboration with Peter Molyneux, the man behind the Fable series. Players step into the role of a “keeper” and are tasked with constructing and overseeing their own personal dungeon. Over the course of the game, various heroes try to invade the player’s dungeon and it’s their job to destroy the invading heroes in the most dastardly ways possible.

The new iOS remake will naturally feature touch-based controls that allow players to create new rooms, set up traps, and “motivate” (a.k.a. slap around) their minions with simple taps and swipes. The original game’s cursor, which was aptly titled the “hand of evil”, will be replaced by the player’s own finger in the iOS version.

Dungeon Keeper for iOS will feature brighter visuals and a more lighthearted tone than the original game but will also retain the original’s dark sense of humor. Unlike the multiple dungeons of the original, the iOS version of Dungeon Keeper will have players focusing on only one dungeon, allowing them to expand and refine it over time. The game will feature both a PvE campaign that contains roughly 30 different maps to play on along with a PvP mode in which players try to invade each other’s dungeons and destroy the opposing dungeon’s “Dungeon Heart” before their opponent can do the same to them.

No set release date has been announced yet but Mythic is currently gunning for a Winter, 2013 release so keep your eyes peeled for more info in the coming months.