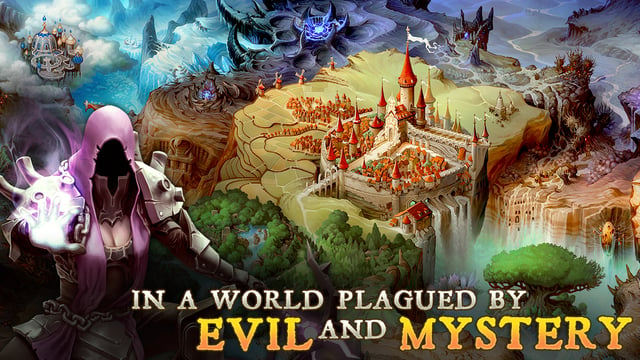 Dungeon Hunter 5 is the latest entry in the legendary hack and slash series. Take on the role of an powerful bounty hunter as you attempt to uncover the truth about your guild, and ultimately find out the origins of the demon invasion. Raid perilous dungeons, discover epic loot, and build the ultimate hunter! We’ll help you get through the dungeons with our Dungeon Hunter 5 cheats, tips and tricks strategy guide!

1. Try out all the weapons!

There are five different weapon classes, with their own unique properties.

Try them all and see which fits your playstyle best!

2. Try to keep at least one weapon of each element!

There are five elements in the game, and each weapon and monster has an elemental affinity. Fire beats Nature, Nature beats Death, Death beats Light, Light beats Water, and finally Water beats Fire. When you’re choosing a level to play through, the difficulty selection will tell you what type of enemies you should expect. Before you depart, you’re given one last chance to finalize your gear. The game will also recommend what element weapon to bring: you should try to follow this advice! Exploiting enemy weaknesses does great damage.

3. Use your dodge roll to avoid traps!

When you reach level 4, you’ll begin to encounter traps. Traps can range from explosive mines planted in the ground, spring-loaded spike trips, and more. If you accidentally activate one of these traps, quickly use your dodge roll. Remember that you’re invincible during your dodge roll, you’ll avoid any damage from the trap. This works for big boss attacks as well!

Once you beat a level on the initial difficulty, you can play through it again this time with tougher enemies. There are two additional difficulties: hard and expert. The harder the enemies are, the better the rewards! Once you’ve got good enough gear, try going back and tackling older levels again. You might get some really good stuff!

6. Always bring an ally along!

There’s no point to not bringing an ally along with you during levels. Both players will receive ally tickets which can be used to open a specific kind of chest that has various rewards in it. Not to mention the fact that you have additional slaying help during the levels! Be sure to send a friend request after the level is over, because you will get better rewards if you play with the same people multiple times.

The fate of Valenthia is now in your hands! If you have any other questions or suggestions, leave a comment below! 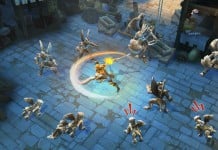 Dungeon Hunter 5 To Release Next Week On The App Store