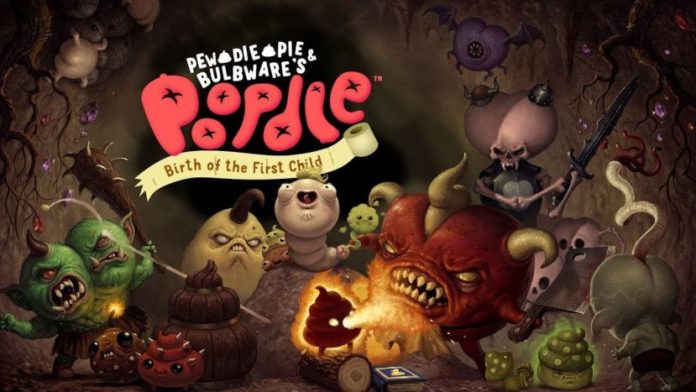 PewDiePie and Bulbware have been working on the dungeon crawler Poopdie for quite some time and managed to release the game on Android a few weeks back. Sadly, the game didn’t land on the ASppSotre, as Apple rejected the game for its aesthetics, which are indeed over the top as one would expect from something PewDiePie worked on. The company, however, changed its stance on the game, and Poopdie is now available for purchase on the App Store worldwide.

Poopdie is actually a pretty good game. The new title from Bulbware is a dungeon crawler inspired by the now-classic The Binding of Isaac where players must control a little worm called Poopdie as it travels through a world where people have forgotten to fart and defecate. It does sound pretty gross on paper, but the game is extremely light-hearted and humorous.

As Poopdie is the only being in the world who still knows how to poop, he will be able to use his “poopcrafting” skills to create new units and items that will help him during the journey.

On a related note, the game has also been updated on Android, introducing some tweaks and fixes.

Poopdie is now available on iOS and Android worldwide.