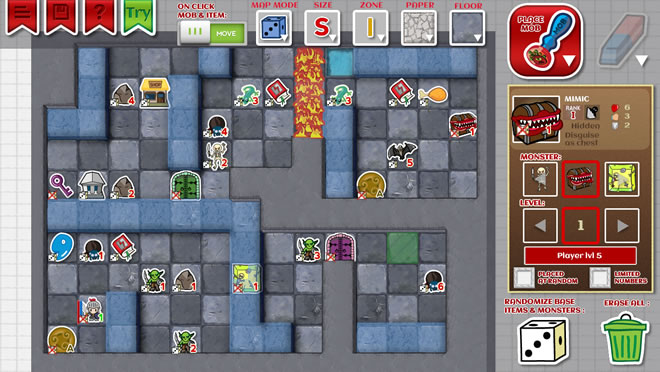 A rather unique dungeon crawler game will be released on the App Store sometime next month, a game that will allow players to go wild with their own creativity.

Paper Dungeons, developed by Agent Mega, is a game that some may already know, as it’s been launched as an Early Access game on Steam last year. The game comes with four different play modes, Campaign, Puzzle, Rogue and Boardgame, which give plenty of variety to the overall experience.

One of the best features inclued in Paper Dungeons is the ability to costumize quite a lof of things in the game. Players will be able to costumize a single stage, create a campaign complete with story and more. The ability to share these creations also expands the game considerably.

Paper Dungeons seems to be the perfect game for all fans of dungeon crawler games who would like to create their own game. Even those who aren’t going to invest time in the creation mode will find plenty to do in the game, thanks to the different play modes available. Paper Dungeons has yet to receive a release date on iOS but it should become available sometime during March. We will keep you updated on the matter as soon as more comes in on it so stay tuned for all the latest news.