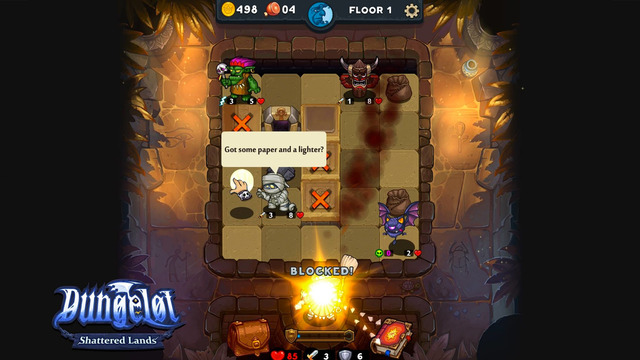 Roguelike games have managed to become quite successful on iOS device in recent times, with several games offering unique twists getting released quite frequently. If you’re into the genre and haven’t had enough of it, you definitely want to check out a brand new roguelike which has been released a few hours ago on the App Store.

Being a true roguelike, Dungelot: Shattered Lands comes with some features that are expected out of a similar game, like randomly generated dungeons and more. The game also retains the just one more go feel of the whole series and, with so much content, players can be sure to be pretty busy with the game for a long time.

Dungelot: Shattered Lands is now available for purchase for $3.99 on the App Store in all regions.