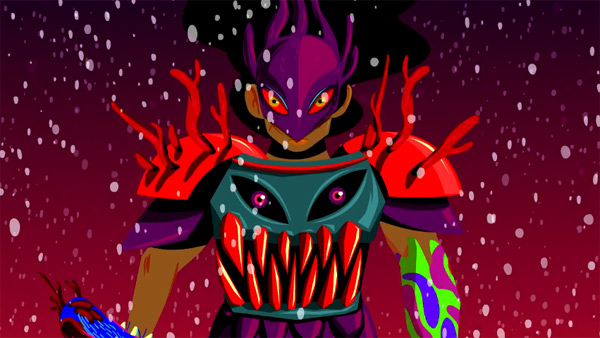 Drinkbox Studios’ is one of the best indie developers currently around. Their latest game, Guacamelee, has shown the world how the team is absolutely capable of delivering an engaging and deep experience as well as creating a unique world full of quirky and really interesting characters.

The team is currently working on Severed, a game that’s quite different from what the team has developed before. The core gameplay experience, as hinted by the game’s name, revolves around sticking parts of your enemies on your character to get more power.

Some new details have emerged today on the game, revealing that Severed is going to include some features gamers have already been able to enjoy in some all time classics like Megaman and the Punch Out! series.

According to Drinkbox co-founder Graham Smith, in Severed gamers will be able to have a harder or easier time depending on the bosses that have already been defeated, since each of them will offer a unique update that will make defeating one of the bosses easier than without it. At the same time, each boss will have specific weaknesses that gamers will be able to understand by memorizing a pattern and through visual cues, not too different from classic Punch Out! games.

Severed is currently in development for PC but there’s a really good chance that the game will launch on iOS in the future, as the team is seriously considering the matter. We will keep you updated as soon as more news come in.