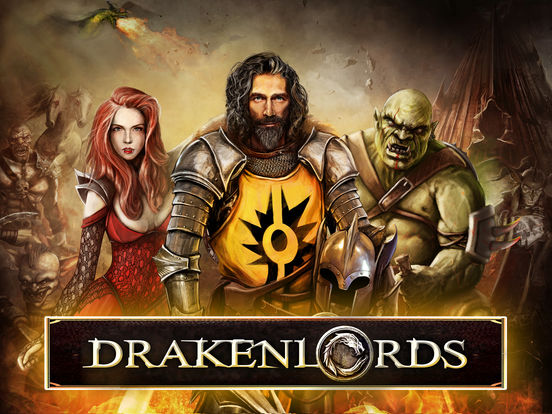 Drakenlords is an all new CCG packed with everything you love about the genre – wonderful fantasy art, strategic gameplay, and of course a variety of deadly monster and magic cards at your disposal. Drakenlords plays very much like any other mobile CCG, with easy pick up and play matches that are relatively short. Ultimately strategy is up to your playstyle, but we’ve got a couple tips and tricks here for you too. Let’s get started with our Drakenlords cheats, tips and tricks strategy guide!

Cards that have the block ability will force your opponent to attack them first. This is incredibly useful if you have high attack but low health cards on the field. Before you send those risky cards out, make sure you have a card in play that has the block ability. Be warned! Some card types can bypass block cards. For example, targeted magic spell cards can target anyone regardless of a block card in play. Also, flying type cards bypass block as well. Watch out!

We haven’t really experimented with the other two heroes, but the Knight’s starting deck is pretty good.

It comes down to preference and we’re sure you can make any of the heroes work, but it seems like the Knight is the most beginner friendly.

You’ll want to make sure your deck is balanced in terms of mana. Load it with enough low cost cards to get you through the early and mid game. Then, have a couple of high cost strong cards that you can pull out once you start getting enough mana. Remember not to go overboard with the high cost cards, because it’s a very risky maneuver to bring high mana cards out early.

Ideally you’ll want to build your deck around your high mana cards. Let’s take the Knight’s starting deck again, for example. The most expensive card in here is the Queensguard, a powerful knight type card with 9 attack and 8 health. While this card is pretty beefy on it’s own, having block cards in play will pave a clear path for him to do some real damage. Additionally, if you’ve managed to hang on to the Martyr card up to that point, you can let it die to activate the backlash ability, which gives 1 attack power to all knight type cards, bringing the Queensguard up to a whopping 10 attack.

Completing quests will reward you with gems, the premium currency of the game. This is the primary way of earning new gems, as playing multiplayer matches rewards you with very little. Do as many of the quests as you can! Additionally, you’ll come across Mines as you play through the single player campaign. The mines will generate gems for you over time once you’ve paid the initial gem fee. We recommend playing through the single player campaign just to get these mines.

That’s all for Drakenlords. If you have any other tips or tricks to share, let us know in the comments below!