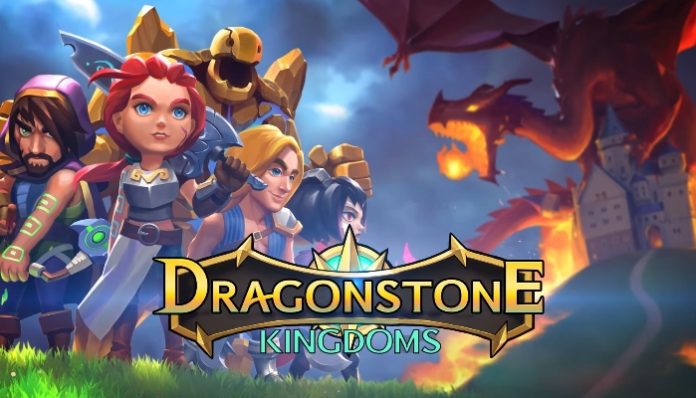 Dragons, kingdoms, and all powerful stone? Sounds like a true fantasy RPG to us! Dragonstone: Kingdoms is high fantasy game that blends classic RPG action with base building management. Construct and fortify your kingdom to take down the all powerful dragons, and even tame some to fight for your cause! Our Dragonstone: Kingdoms cheats and tips will show you how to get ahead with your base.

City Quests are essentially the game’s main story quests. These quests will require you to build certain structures in a specific order. If you’re ever unsure of what direction you should be heading in, always refer to your city quests. They’ll lead you down the general progression route and ensure that your kingdom stays up-to-date with all of the latest upgrades suited for your level.

There’s something important to keep in mind though! Unlike other base building games where you’re awarded with TONS of resources when you complete these quests, Dragonstone is a little different. If you do a lot of city quests in a row, chances are you’ll start to run low on resources. Be sure to break from the main quests every now and then and venture out into the world!

Do the Upkeep and Guild Quests too!

In addition to the main City Quests, you can also activate Upkeep and Guild quests. These two quest types aren’t actually “quests” in the sense that you need to complete something. Rather, you simply activate them, wait for a certain amount of time to pass, then come back and collect your rewards.

Upkeep Quests are unlocked from the get-go. Because you only need to wait, upkeep quests’ rewards aren’t that much but every little bit helps, especially in this game! When you’re away from the game or if you’re working on other stuff in your kingdom, always make sure to have an upkeep quest active. They cycle in new quests every couple of hours.

Guild Quests works exactly like Upkeep Quests do, but as the name suggests you need to be in a guild to unlock them. It’s for that very reason that you should…

Guilds are groups of players working together under the same banner. You should try to join one as soon as you can or create your own if you’d like, but you’ll need to wait for some players to join.

Not only do you gain access to the Guild Quests, but you can also request aid from your fellow guildmates to speed up your building times. They can also help you out in the event you get attacked by another player.

Like other base building games, how quickly your kingdom grows is directly equal to your ability to keep it busy. By this we mean having your builders, researchers, and trainers always be working on something. Build new structures or upgrade old ones. Research new buffs for your troops. And what army would say no to more soldiers?

Your heroes actually don’t get that much more powerful when they level up. Instead, most of their strength comes from their equipment. Each hero has three equipment slots: weapon, armor, and pet. You’ll need to outfit them fully to ensure they stay alive during adventure battles.

You’ll find gear as you venture through the story mode, but you can also craft your own gear through the Blacksmith. You’ll need to find Blueprints or Blueprint Pieces before you can do this. Blueprint Pieces can be dropped from monsters out in the world – not the ones you fight in adventure mode.

That’s all for Dragonstone: Kingdoms. If you have any other tips or tricks to share, let us know in the comments below!