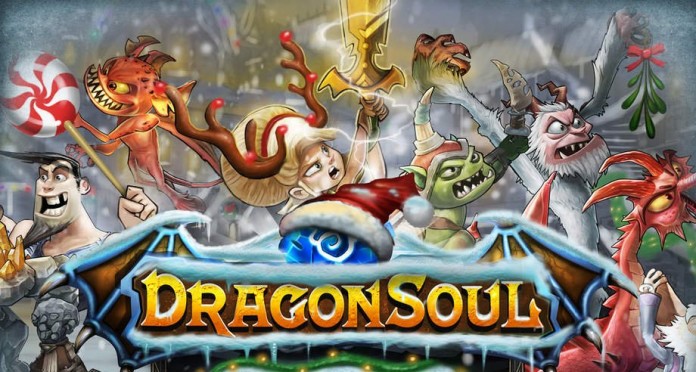 A brand new update has just been released for the popular DragonSoul game, bringing the title to version 2.0. There are quite a few changes, including the introduction of new heroes and balancing issues, but the two biggest changes are the introduction of the Boss Pit and the Soulmart in the game. I am here to share with you a complete guide to the DragonSoul Boss Pit and how to easily beat all bosses, as well as some extra details on the Soulmart in case you want to use it and you don’t know if it’s worth it.

We will start with the biggest change brought by this latest update: the Boss Pit. Here is the guide on how it works and what must be done in order to defeat all bosses, get the most loot and basically everything you need to know about it! First, here’s a quick look of the Boss Pit in my game: 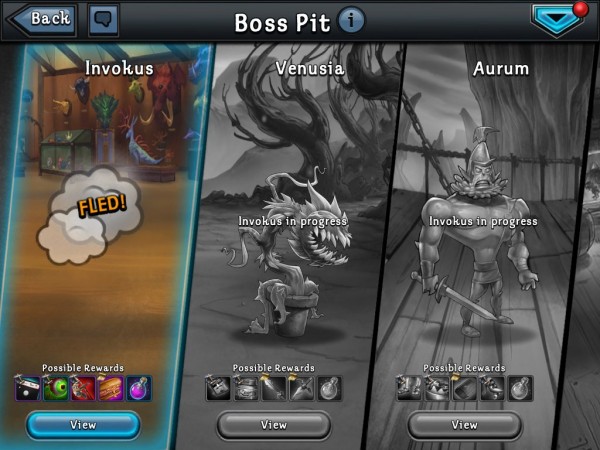 How does the Boss Pit work?

You can only battle one Boss at a time, and each boss has three stages, which get more and more difficult (you can only play one stage per day). This means that you need three days to complete a boss fight, no matter what. For each Stage, you have five tries: if you fail them all, your boss will reset and you can choose a new one (or the same) the next day. Each boss spawns enemies and “throws” them at you, with each enemy you defeat reducing the health bar of the boss. The tricky part is that each enemy can only be damaged by a type of damage – which is newly introduced to the game – and chances are that you will have a big problem destroying them all.

However, here are some tips and tricks to choose the Boss Pit battles wisely and win all your fights and most loot:

– First of all, you should only bring fighters that cause damage as the others are pretty much worthless. Exceptions might be, depending on the boss, the Healer (to keep your squad healthy and able to last longer) or the Crimson Witch, for the bonus/increase in attack speed.

– You should never waste a Stage (lose all 5 tries): start on the most difficult setting and go gradually down until you can defeat that particular stage, having in mind that any reward is better than none (it’s true that you get more from the more difficult stages, though).

– Focus on a type of damage. For example, in my case, in the second stage of the Invokus boss battle, the required damage types are Necrotic, Toxic, Water and Electric. However, my Aquatic Man is of a low level (40) compared to my overall level (80) therefore, even if I bring him to battle, he won’t do any damage and basically do more harm than good. That’s why it’s always a better idea to only bring your highest level heroes to a boss battle, even if you don’t fill all the required damage types. The boss takes damage from each enemy killed, so you don’t have to destroy them all in order to win, just destroy enough of them.

– Check out the damage types and start working on your heroes accordingly. Some of the heroes you have probably ignored until now will become valuable, so start investing in them because the boss battles reward you with amazing loot and very rare items.

How to choose the boss you fight

It seems that the damage that each boss’ mob are weak against are completely random (although I need to test this a bit more to be sure). This means that you should choose your boss battles based on the loot that you can get. Simply look at the “Possible Rewards” list under each boss and choose the one that has the items you need. Start on the hardest mode and go down gradually until you can win that particular stage.

Apart from this great new addition, we now have the Soulmart. In order to make purchases there, you must turn extra stones from heroes that are 5 stars and above into the special currency. For each stone you transform, you get 100 currency stones, which is in my opinion, better than the 4,000 gold coins you get from selling stones otherwise. Have in mind that you don’t have an option to choose between selling the stones for gold or the special stones!

Apart from these changes, new heroes have been introduced (more about them in a future article), as well as other changes and existing hero tweaks. The Temple has become extremely difficult in my opinion, while promotions in the Coliseum are almost impossible as you now need 3 wins out of 3 (and not 2 out of three until now). One thing is clear: the game’s a lot more difficult, so get out there and level up your heroes and improve them if you want to stand a chance and be one of the best! 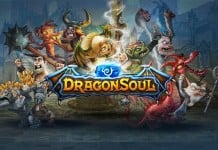 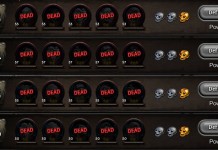 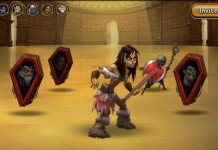