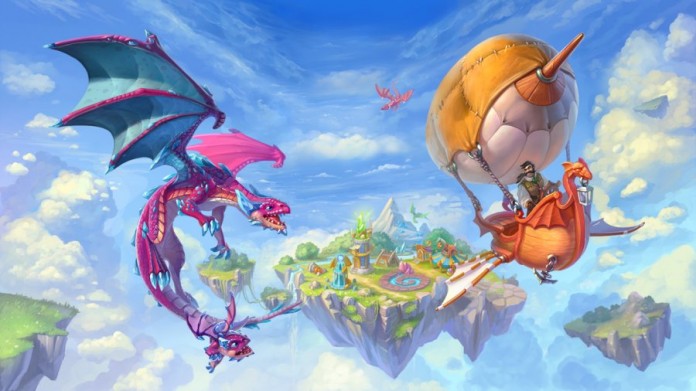 I think that it’s pretty safe to say that we all love dragons, so having a game where we’re challenged to raise them is really great. That game is called Dragons World and it’s available to anybody who owns an iOS-based device. And since the game is extremely complex, we’re here to share with you a set of Dragons World cheats: a series of tips and tricks that will hopefully make a great strategy guide, one that will help you get the most of the game.

So let’s check out all the basic Dragons World tips and tricks below!

Spread your habitats evenly
Every level that you earn increases the maximum number of Dragon habitats by one (and sometimes by two). The idea is to spread even the habitats to make sure that you will always have room for all types of dragons. There are 8 types of habitats and a ton of dragons that can live in them, so make sure that you have enough room especially for those special dragons out there.

Don’t spend gems on multi-element dragons
As you probably know already, multi-element dragons (fire-earth, for example) can only be be purchased with gems from the market, but gems are the premium currency and you want to keep them for other situations. The easiest way to get dragons (including multi-element dragons) for free is by breeding them. It does take time, but has a 100% success rate and it’s, well, free! When you try for even more elements dragons, you might not get them from start, but keep trying. Eventually you will and there’s really no hurry to do it.

Feed the dragons with battles in mind
Raising dragons wouldn’t be fun if you couldn’t send them to battle, and you can do that in Dragons World! Your dragons level up as you feed them and you should choose their perks with battles in mind (when it comes to dragons who can fight, obviously). Although these perks are not directly related to battle, you can choose them to help you grow even faster, like the free level which grants extra power to your dragon or more increased breeding time. It’s your choice, but always have the big picture in mind.

Follow the quest line
The best way to be introduced to new dragons (and I believe that there’s always a greater chance of getting that specific breed when a quest is involved) is to complete the quests. There will be a ton to start with, so make sure you complete them to fully understand the game’s mechanics and have a solid and varied army of dragons at hand.

What Habitats to buy?
One of the most important things in the game is to have as many coins as possible, so going for habitats that allow you that (like the Earth one or water or, of course, the magic and twilight) is the better idea.

Multi-element dragons are key to success
The hybrid dragons that you have should be sent to battle as they have multiple elements to use against the weaknesses of the other dragons. The game functions on a rock, paper, scissors mechanic meaning that an element is strong against another, but weak against the third one, so the more elements you have in battle, the bigger the chances to exploit those weaknesses.

How to earn XP fast
The easiest way to earn more xp points fast is to buy decorations (then sell them and buy again and so on). Right now, the Large Tree seems like the best option in terms of xp per gold goin, but always keep an eye on the market for new additions and maybe better deals.

How to earn coins fast
Basically going with the recommendations regarding habitats, the easiest way to earn coins is to maximize your habitats that can hold large numbers of dragons and fill them with dragons that produce quick gold. Also, leveling up your dragons increases the amount of gold that they earn you, so investing in them is not only good for battle, but also for bringing you as much money as possible.

Optimize space usage
You will run out of space really fast, so you should do your best to optimize its usage: move all the things that you have as close as possible so that the smallest amount of space is wasted. It might not look as good as you’d like it to look, but it will be optimized and ready to give you maximum gains!

These are, for now, our tips and tricks for Dragons World. Do you have other strategies that you use? Let us know by commenting below!