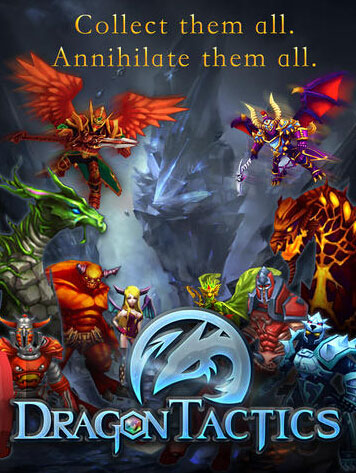 If you have been spending some quality time with Dragon Tactics and want to learn more about the game, you have come to the right place, as this Dragon Tactics Cheats: Tips and Tricks guide will be giving you some nice tips and tricks for the game.

Dragon Tactics is a puzzle/ role playing game hybrid not too different from another really successful game, Puzzle & Dragons. While the gameplay mechanics may seem similar, what sets Dragon Tactics apart from the competion are the beautiful 3D graphics, which have never before been used for such games. This fact alone manages to make the game quite charming.

Dragon Tactics employs a rock-paper-scissor system for the elements included in the game. All of your monsters belong to a single element: water beats fire, fire beats plant, plant beats water. Light and Dark are unique elements, as they are both strong and weak against each other. Before starting to play it’s best to have a good mix of elements in your team, as you will always be able to attack and not end up without usable gems during a fight.

When managing your team and your elements, it’s also a good thing to keep some good monsters in reserve so that you can quickly adjust to a new strategy if the need arises. Planning ahead is the key to victory in Dragon Tactics, allowing you to adapt to any situation and win every fight.

Enhancement and Evolution are the two game mechanics that will allow you to power up your monsters. Using common monsters to enhance uncommon ones is definitely the way to go, as they have overall better starting stats. With the Evolution feature you will be able to upgrade the stat rating of monsters by using material cards so make sure to gather as many of them as possible. The best way to do so is completing the dungeons with time limits, as they come with a higher chance of finding cards.

Combat in Dragon Tactics is carried out like in many other puzzle / role playing game hybrids. As such, it’s always important to use as many gems as possible in each attack, as they will deal higher damage and allow you to end battles more quickly. It’s really important to play ahead for some combos, as the more combos are performed, the higher the damage multiplier will be.