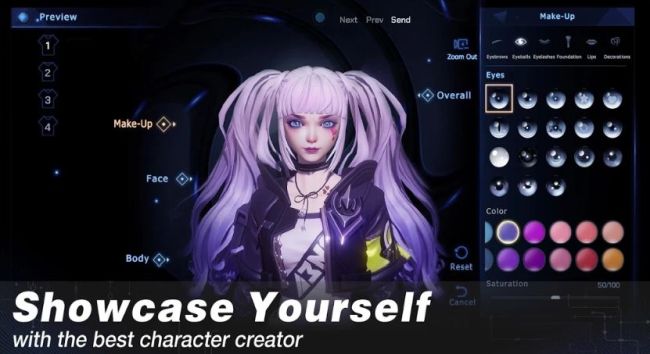 In today’s article we are going to check out the Dragon Raja tips and cheats that we’ve gathered so far and share them with you so that you can get stronger fast and enjoy the game to the fullest!

And rightfully so, since there is a lot of game content that is waiting for you to try out and explore! But putting all this praise aside, there are many things that you should know, and that is probably why you’re here!

So without further ado, let’s dive right into the Dragon Raja tips and tricks and help you become stronger fast!

Choose the right class for your play style

In the game there are 4 classes, each having a different approach to the game and fighting style. Before you start creating your dream character, let me explain a little bit about each class:

This is a class which combines close-range combat (melee) with survivability and plenty of damage. It’s a good class if you are looking for a character which fights hands-on and head-on and basically is the front line in any encounter.

The class is not super hard to play, but not super easy either. It’s somewhere in the middle leaning more towards the “difficult” side. This class can change to Warrior, which is more damage focused, or to Tank, which is… a tank.

This class is a ranged one focused on mainly dealing damage while the Blade Master keeps the enemy busy. They have low defenses, but some of the highest single target damage in the game.

Playing the Gunslinger is fairly easy, so it is a class which I recommend for beginners who don’t have a lot of experience with the game, as they have a pretty simple kit. The class can later be changed to Archer.

The Assassin is a high damage (burst damage) dealer who focuses on both melee range and ranged attacks, so it can work well in both cases due to the later change of class to Assassin or Mage.

They are not easy to play, but once mastered they are a beast in terms of damage, even though their defensive stats are not the best. Because of the sheer difficulty in playing one, I don’t recommend it as a starting class.

This class is one which can be considered a “support” class as they have a little bit of everything, from survivability to damage and assist. The class can be changed to Assist or Mage later on, with Assist being the main Support class and Mage being the main damage dealer one.

The Soul Dancer is neither hard or easy to play, as it is situated somewhere in the middle. I would recommend that you try it out if you are used to playing games, because it has some extremely fun mechanics!

Be mindful of all of your choices

All of the choices that you will make inside the game will affect your character in various ways. Each choice will give your character bonuses in certain fields, so it is important to read all of the answers (when you have multiple choices to pick from) and choose the one which appeals to you the most.

Don’t skip reading these and pick randomly, because these influence your character’s Personality and that will matter a lot in the long run.

To check out your current Personality traits, tap on your character icon in the upper left corner of the screen and head on to the Feature tab. There you can see how your character’s DNA developed and see all the traits available.

How to gain more Personality?

You basically increase your Personality stats by completing Main Story quests and Anecdotes. Each answer will have a different impact so try to pay a lot of attention to them instead of choosing one randomly.

Why it is important:

Personality traits are important because they will unlock various Anecdotes and each personality basically affects the game’s development in a certain way. Depending on what color your personality has (they are color-coded) you will earn different titles, with stats that can affect your character in certain ways.

Use titles which give you bonus stats

There are certain titles in the game which give you bonus stats and no matter how nice other titles might be, you should try to always use the ones which give you extra stats because they are a big improvement to your character.

There is one which is not easy to get, but you will achieve it eventually and it is super useful. “Light of Hope” title will be unlocked at CHAR Score 58000 and it gives you P. ATK +20 and M. ATK +20, so it’s quite a useful boost. This is why improving your character at all times is very important!

Do your main quest then start doing dailies

The game’s main quest is extremely important because you can earn a lot of Personality points which affect your character. You should do these as much as you can, and if you are not a big fan of the cutscenes, then skip them altogether.

Try focusing on doing only the main quests at start, until you’ve reached about level 35 or so. Then you can start doing your Daily Quests which will give you a lot more benefits and rewards.

Do you Dailies every day

Every single day your daily quests are going to be a great source of EXP and loot, so I suggest that you do them every single day before they reset. When you have completed enough and gained 150 points you will be able to claim the ultimate daily gift. So in my opinion if you have a limited time to spend in game, spend it by doing all the necessary tasks to gain these points.

Gear up and get stronger

In the early game you will receive various gear items from quests so you won’t have to worry about that just yet. I recommend that you always equip the best items always because they will increase your character’s overall Rating and make you stronger.

I suggest you not use Diamonds to buy gear before level 50, because it’s fairly easy to get them up to that point and it is more of a waste to invest in them. But it’s all up to you, just remember to always equip the better gear whenever you get some!

Unlike in many other games out there, in Dragon Raja you have a pretty unique gear system which is built to help you make the best gear a lot easier. Sometimes you will notice that some equipment has some colored stats (purple stats) which is not there for another piece.

If you get some good purple stats in some low level equipment, then you should save that equipment for later. I suggest that you transfer these stats to better gear later on, when you get your “high level” gear.

Don’t disassemble your low level gear with good purple stats or such – only disassemble gear which has no good stats if you really need to disassemble something. Just keep in mind that you can only transfer the stats from a lower lvl gear to a higher level one, and not the other way around!

When you press on the character avatar in the upper left corner of the screen and head on to the Role tab, you will see what are the main stats that you character and class rely on. These stats are marked with a yellow “M” and they are what you should focus on.

Whenever you get a choice to pick between several stats, think about the stats which your class needs first, then consider the rest. Take this into consideration when you want to pick the Gems to embed into your slots and when transferring stats to your end game gear.

You should never forget to log in daily and claim your free rewards, because they are going to come in handy at some point. All of these rewards are given to you for simply logging in to the game without having to do anything else pretty much, so even if you don’t want to play a particular day, you can still benefit from these rewards!

If you want to claim some free rewards you can bind your account to the email and you will automatically receive an Account Pack which contains some free goods. You can do this b heading on to the Bonus menu in the upper side of the screen and then scroll all the way down and select “Binding”. There you will be able to bind your Email address and receive the rewards in game right away!

These would be all of our beginner Dragon Raja tips and tricks that we have for you right now! Do you have some more tips and suggestions that you would like to share with the rest of us? Feel free to leave them down in the comments below and if you have some questions, then you can feel free to share these with us too! 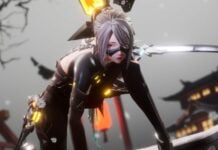 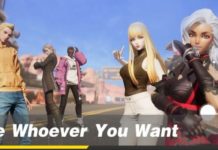 Dragon Raja: How to to Change Your Class without Deleting Your Character 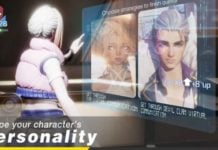 Dragon Raja Classes Guide: Best Class in the Game Based on Your Play Style