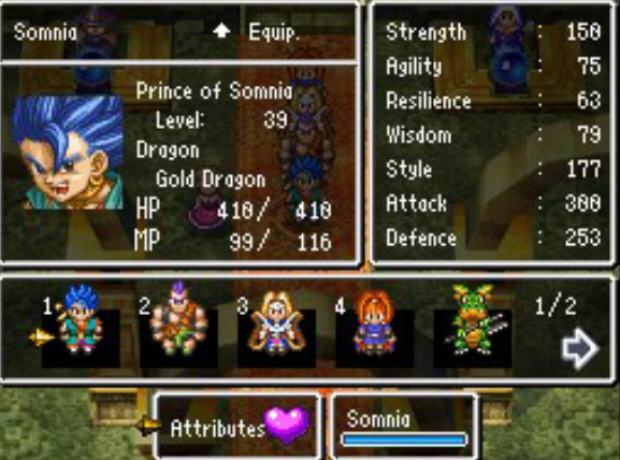 Earlier this month the classic entry of the Dragon Quest series Dragon Quest VI: Realms Of Revelation has been made available on the Japanese App Store. English speaking fans of the series didn’t expect the game to surface on the App Store before a few months but Square Enix surprised pretty much everybody by releasing the English version of the game a few hours ago.

Dragon Quest VI: Realms Of Revelation iOS is based on the Nintendo DS remake of the game, just like other entries of the series released on the App Store, and features a variety of enhancements that were not available in the original SNES version.

Dragon Quest VI: Realms Of Revelation is the final entry of the series to get released on the Nintendo Super NES years ago. The game features a much strounger focus on characters and story than its predecessors as well as some gameplay features that allow for greater customization, such as the class system inspired by the one included in Dragon Quest III and more. While the game is generally not considered as good as Dragon Quest IV and Dragon Quest V, it’s still an excellent old school role playing game that no fan of the series should pass on.