The iconic JRPG series Dragon Quest finally comes to mobile with a brand new original game, Dragon Quest of the Stars! Take on the role of a legendary “Questocrat,” an adventurer who seeks the ends of the world to complete the trials that lie within. Fight classic Dragon Quest monsters in a mix of real-time and turn-based combat, take on new vocations and learn new abilities and spells!

The Basics of Battle

In Dragon Quest of the Stars, battles play out a little differently from standard Dragon Quest games. Your party members will attack on their own in an order determined by their agility, and the enemies also work like this too.

At any point you can look at the bottom half of the screen to see your heroes’ skills. You can defend to protect yourself from big attacks, buff your party with helpful spells, or unleash special attacks. You will not have them right away, but as the battle progresses they will slowly charge up. When the skill fills up all the way, you can use it!

Before you start a battle, make sure to load up on items and food. Bringing food with you on a quest will grant you whole party a buff, like increased max HP or increased resistances. Items can help you out in a pinch, especially if you do not have any support skills.

There are plenty of skills for you to utilize on your adventure, and the skills you have are determined by your vocation and equipment. Red round skills are offensive weapon skills, and you can use these as long as you have the corresponding weapon equipped.

Pink square skills are vocation skills, and these skills are granted by your current vocation. You can only use these when you are set to a specific vocation – you will lose access to them upon changing.

Yellow star skills are attack magic spells use for dealing heavy damage to monsters. Use the correct element for even more damage!

Green and purple skills are helpful buffs that temporarily increase your party’s stats. Some skills target the entire party while others can only target a single member. These also come from weapons.

As you can see, there are a variety of skills at your disposal once you have your vocation and get some good gear under your belt. Knowing what does what is the key to victory!

To become truly adept at the combat system, you need to know about skillful finishes and combos. As you know, you can use multiple skills in succession to start a skill combo and increase the multiplier of damage.

The second skill’s damage in a combo is increased by 120%, followed by 140% for the third skill, and finally 150% for the final skill. As such, you should use your strongest skill as the last hit.

Skillful finishes are also good to take advantage of. About 80% of the time one of the crown requirements for a level is to finish off the boss with a skillful finish, so you should be doing these anyways. You should know that if you are quick enough, you can use a skill even as a monster is killed, which is helpful if you forget to get a skillful finish.

Aside from that, skillful finishes are great for prepping for the next battle. Landing the final blow on the last enemy in a battle will result in a skillful finish, and you will do an overkill bonus if you hit especially hard.

Depending on how hard your overkill was, your CT (charge time) on your skills will be reduced by either 25%, 50%, or a whopping 75%, making your skills nearly ready to go as soon as the next battle starts. So, try to save up all four party members’ skills to unleash in a quick succession when the boss is weakened.

Every monsters in the game belongs to a certain family. Slimes belong to the – you guessed it – slime family, while Hammerhoods belong to the beasts family. The rarer weapons in your inventory usually have passive bonuses against specific types of enemies, so you should gear up accordingly.

Attacking an enemy with their weakness will result in a “Brilliant!” hit, cause you do increased damage. If you are having trouble with a particular set of enemies, try gearing up to hit their weaknesses.

If you need to read up on your monster resistances and weaknesses, take a look in your compendium for info on all of the monsters you have encountered thus far.

Now that you have had some experience with dungeon crawling and fighting monsters, you will eventually make it to chapter 2 where you will reach the Alltrades Abbey. You can change your vocation here, which is essentially your character’s class. You can also change your two other party members’ vocations as well.

As soon as you reach Alltrades Abbey, we recommend switching vocations right away. Your starting vocation, Apprentice Adventurer, caps out at level 20, so you will be missing out on a lot of stats if you stay in it for too long.

But the question is, which vocation should you pick? Will face your foes with mighty blows as the Warrior? Or will you sling powerful spells as the Mage? Do not worry about your decision, as you also have your two party members to choose for and you can switch vocations at any time. Here is a quick rundown of the starting vocations!

To start you off, you can have a melee fighter like a Warrior, Martial Artist, or Sailors. Then, you should always have a Priest in your party. For your final character, you can go with magical damaging Mages, Dancers, or Rangers. Try them all out and see which ones you like!

Level up Super Fast in the Metal Dungeons

Now that you have got your starting vocations and you are ready to take more of the story, you may be wondering of quick way to level up. Well, we have the answer for you! There is a certain kind of slime called the Metal Slime. These guys have very low HP, but their evasion rate is extremely high, meaning they will dodge your attacks most of the time.

However, if you get lucky or if you are using the right equipment, taking down a Metal Slime is worth a TON of experience points. To give you an idea, if you defeated a Metal Slime at a new vocation at level 1, it would instantly jump up to at least level 10! There are also tougher types of Metals that you can find which provide you with even more experience!

So, where do you find these guys? You may have noticed that clearing the stage rewards on certain quests rewarded you with special keys. You can take these keys to the Key Island where special dungeons can be accessed, provided you have the correct keys.

One such dungeon is the Metal and Liquid Metal dungeons. If you have Metal Keys, you can get inside these dungeons where you will fight nothing but Metal Slimes. If you have the right gear, you should aim for Liquid Metals as they give you even more experience.

Once you get inside, the problem is actually fighting these guys. As we mentioned, Metal Slimes have extremely high evasion, so actually hitting them is a big problem. To add onto that, Metal Slimes have a tendency to flee from battle, so you have to take them out very quickly.

To help out with this, there is a banner in the current gacha line-up called the Metal Slime Equipment banner. In this banner, you will be able to pull gear that is specifically designed to help you take down Metal Slimes. You can pull from this banner once every day for free, and you can spend your free tickets on it as well, which we highly recommend you do.

The weapons you get from this banner have weapon skills on them that basically guarantee a hit on a Metal Slime, so they are invaluable to farming Metal Slimes. If you end up not getting one, try picking a guest companion that has a Metal Slime weapon, as that works just as well.

Treasure maps are acquired automatically as you progress through the game and for events. Treasure maps are basically this game’s version of achievements, as each map has a number of objectives that you must be complete, such as use a specific item, clear a dungeon, and so forth.

Clearing an objective will mark its space off the map, and if you clear all objectives you will earn a special prize, like gems or keys for Key Island. You get about 100 gems per cleared map, so it is worth it!

At this point, you probably have a good handle on the game now. You know the in’s and out’s of battling, how to level up different vocations, and how to get more goodies from the treasure maps.

Well, let’s say you get a vocation to level 50. You will need to switch to another vocation and start leveling up, but did you know that there are advanced vocations? If you scroll to the bottom of the list you can see them. Each advanced vocation requires two basic vocations at level 50, and you need a special scroll.

For example, the heroic Paladin vocation is available to a character who has mastered both the way of the Priest and the Martial Artist. Paladins are even more tankier than Warriors are, so you may want to start planning ahead for which advanced vocations you want.

If your weapon happens to have empty skill slots, you can actually take skills from other weapons and transfer them over to weapons you actually use. This process destroys the weapon in which you extract the skill from, so only do it with weapons you do not intend to use. By taking advantage of this system, you can really make your own weapons!

And with that concludes on guide on Dragon Quest of the Stars. If you have any other tips or tricks to share, let us know in the comments below! 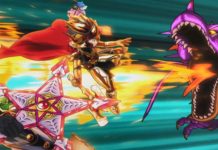 Dragon Quest of the Stars Confirmed For The West On iOS, Android 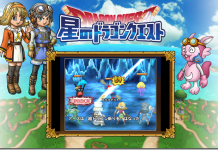