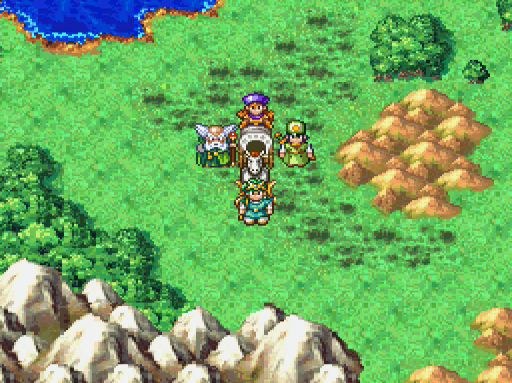 One of the most popular entries of the Dragon Quest series is going to be released on iOS devices soon. Unfortunately the game is only going to be available for Japanese gamers as of now.

Dragon Quest IV iOS is going to be based on the Nintendo DS port of the game, which included some extra contents as well as an exclusive bonus chapter. The game’s official site  reveals that the game is going to be available from April 17th and that no IAPs are going to be present.

A brand new trailer has also been released for the game – you can find it right at the end of this post.

Judging by the port of Dragon Quest VIII, we should expect a really high quality port with some new features that will make playing the game on the go quite comfortable. If Square Enix managed to port a PlayStation 2 game on mobile devices in such a nice way, there’s no reason to release a bad port of a Nintendo DS game.

Last year Square Enix confirmed that the company was going to release all the Dragon Quest games from I until VIII on iOS. The games aren’t being released in chronological order. Following Dragon Quest I and II, the Japanese company has released the already mentioned Dragon Quest VIII. No reason has been specified for this but it mostly has to do with the popularity of each title. If so, we should expect Dragon Quest V to appear on iOS soon, as its considered one of the best entries of the franchise still today.